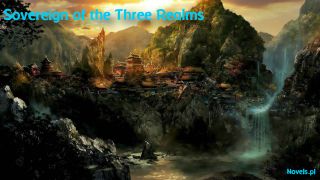 Chapter 802: Give Me a Fragment

Fireballs sprung out of a youth, accurately landing at the target locations moments before the target arrived at the place, impacting them accurately.

“Kyak!” A Vampire screamed in horror as her body was burnt to ashes.

Another transformed into a sea of bats when a net of lightning wrapped around the cluster, stunning them all before a gust of wind swept them away, following which a fireball incinerated them.

The youth wore sweatpants, donning a headset that seemed to be pumping out a fast-paced EDM, vibing to the music as he calculatedly targeted the vampires.

Moreover, following each of his attacks were mysterious serpents that gobbled up the incinerated vampire bodies before drilling into the ground to vanish in the direction of the Fantasy World.

The army it raised was being bombarded by this youth with a stick-like body, one that apparently never exercised or did anything which consisted of moving his body. Even his walking posture was awkward.

But his planning was stellar, capable of reading the moves of his opponents well in advance. And every single attack of his struck deadly into the opponent’s weakness.

In a matter of seconds, he figured out the weaknesses of the vampires and targeted them nonstop. When the Vampire System changed their characteristics, he quickly figured out their weakness too.

“Aren’t you quite arrogant for a Main Character?” A bat suddenly manifested behind the youth, unfurling its wings to unleash torrential pressure that forced the youth to a halt, stunning him in response.

“Blood Radiance!” Followed by the bat’s shout, crimson liquid gushed out of its body that drowned the youth, rapidly corroding his body as his retaliation was simply drowned out.

“Hmm, that was easy.” The bat muttered when suddenly, its lower half was melted by a plasma ray. Standing a couple of metres behind it was the youth, his body looking like a digital projection, an unreal construct.

But a second later, his body turned real as the youth cracked his knuckles, “Damn, I was killed within a minute.”

“My skills are rusty.”

As usual, an overpowered ability. This time, it was one that allowed the user to revive at a certain location with the same physical and mental state they possessed while assigning the checkpoint.

This was an unstable ability that could become either the weakest or the strongest depending upon the user. And in the youth’s hands, a calculative individual with a supercomputer for a brain and cognitive intuition to see through his opponents, it was a terrifying ability.

The youth continued to kill the vampires in large droves before soon, he targeted the Vampire System itself.

The Vampire System was an almost two hundred metres tall humanoid bat that flew past the buildings, escaping his pursuit while launching countless attacks at him.

The youth never ran to chase after it but just teleported at fixed intervals, as if he was just activating a skill that had finished its cooldown.

Suddenly, the figure of a well-built teenager slammed into the youth, fracturing his brittle body, and killing him.

“Ack! That hurt!” The youth appeared a couple of metres away to stare at the trench that formed on the ground, gazing at the figure of the teenager to extend his hand, “Are you alright?”

“It’s just a scratch.” The teenager said as he got up and stared at the Angel System that had targeted him. “But, this poser is pretty strong.”

“Anyway,” The teenager thumped his fist at the youth’s chest, “I’m glad you have my back, friend.”

“Friend?” The youth tilted his head in confusion, ‘What is this retard going on about now? We’re just different versions of the same individual.’

But a second later, the youth’s confusion only worsened as the teenager’s aura continued to spike until he was actually on par with the Angel System in terms of strength.

“Alright, I’ll go ahead and wipe the ass of that system. Don’t die on me, bro.” The teenager waved his hand at the youth before rushing at the Angel System.

The bond of friendship, the bond of kinship, the bond of family, etc. were what this power represented. And just like how these bonds helped one surpass their limits during a moment of crisis, the teenager continued to grow stronger using the same.

Moreover, this was a growth-type Core Skill, one that could be used all the time, whenever the situation seemed fit, allowing the teenager to take advantage of that to train and grow stronger endlessly.

Among the eleven Main Characters, nine fought against the Grade 2 Systems, taking on one each while gradually gaining an upper hand.

It had to be noted that even the Arnark of the past was able to kill a Grade 3 System and multiple Grade 2 Systems. And currently, thanks to the power of Lore and the other Main Character Core Skills, his strength had reached a whole new dimension.

The remaining two were Arnark, and a version of himself that had secluded himself in the safety of the fortress that Slayer had created, never showing his face.

After recovering some power, Slayer targeted the Grade 3 Systems, using the opportunity while Immortal was pummelling them to wound them from the side.

The situation seemed to be taking a turn for the better for Slayer and Arnark’s side. But despite that, Arnark was internally nervous, even though he sported a provocative attitude externally, staring at Compass Carburettor, ‘I should have expected Regression to turn the tables against us. It won’t allow us to gain benefits while the other two sides fought to the death.’

“Will you believe me if I said I didn’t have a hand in that?” Arnark said, sporting a wry smile.

“The Main Character System Fragment…” Compass Carburettor said as his body gradually ballooned, transforming into a hulking entity fit for war, reaching a height of six metres, taking on an appearance similar to a Haggon.

His eyes oozed murderous intent, transforming the surroundings into a sea of Mental Fragments as he glared at Arnark, “Give me a fragment.”

“I need it to save my daughter.”