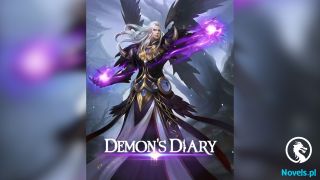 Li Xing’er’s face changed and asked in disbelief, “Why do you have the invitation card?”

Wei Ziting’s invitation card was from a friend who was abroad who could not make it, so he asked if he could come instead and bring someone else too.

Actually, she was not invited by the owner of the club.

And most of the wealthy ladies around her were brought here by their husbands and boyfriends; they weren’t attending by themselves.

She was just as surprised as those ladies who had been urged by her to drive Mu Weiwei out of the club.

They did not even have an invitation card, so where did an outdated female star like her get one?

“Someone gave it to me,” Gu Weiwei said. She put the card into her bag and was about to find another place to call Fu Hanzheng.

“It seems that you are not here to find a sugar daddy, but for someone else already.”

That must have been her sugar daddy’s invitation card.

It seemed that she must have climbed up the social ladder to be here.

Gu Weiwei sneered and said straightforwardly, “Thanks to your auspicious words, I have found a sugar daddy who is much better than the one at your home. Can you move away now?”

Hearing her words, the women behind Li Xing’er started to mumble, “Could she have been hired by Master Zhou?”

“This private club belongs to Master Zhou and it is Master Zhou who is hosting the event today. He was the one who gave out the invitation cards.”

“But Master Zhou has Miss. Yu with him, right?” someone said as she glanced at the tall and slender lady dressed in custom-made Chanel.

“Master Zhou and Miss. Yu seem to have broken up these last few days, maybe Master Zhou has fallen for this vixen,” someone mumbled.

Hearing these words, Master Zhou’s girlfriend turned pale and she came over to Gu Weiwei.

“So Movie Queen, worth tens of billions, is just a b*tch who seduces someone else’s fiancé,” she said as she was about to slap her.

But Gu Weiwei was not someone who would allow herself to be beaten. She grabbed hold of the wrist and flung it away.

“I don’t know any Master Zhou, and if someone can’t keep her mouth shut, you better watch out for your hands too, otherwise…” Gu Weiwei glanced at the woman’s well-maintained hands and snorted. “It would be such a waste if such beautiful hands are gone.”

“You don’t know any Master Zhou?” Miss. Yu looked at this proud-looking girl and interrogated her. “Where did you get the invitation card if it was not from Master Zhou?”

“Of course someone gave it to me,” Gu Weiwei said.

Obviously, Miss. Yu still did not quite believe what she said. “Everyone here is here with an invitation card and no one brought you in. But you said that he did not give you the invitation card?”

When Zhou Qi’an said that he did not want to marry her and that he had found the girl he truly loved and wanted to break up with her.

At his private banquet today, another woman came alone with an invitation card.

Also, she was an actress he had admired before.

How could she deny that she was the vixen who seduced her fiancé?

“Truly, the invitation card was given by Master Zhou and yet you are not that vixen?”

“Master Zhou and Miss. Yu are already engaged, and yet you are here as the mistress?! How shameless!”

Gu Weiwei glanced at the noble ladies who regarded her as their enemy.

“My husband gave it to me, is there a problem?”