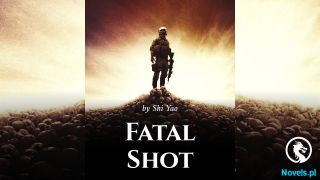 The immortal essence qi that he drew in was used to build the cycle within his body. He had to complete his Hell in order to have a place to store mortal souls.

Wu Yu also felt that as he was absorbing the immortal essence qi, the side effects of devouring divine sarira and immortal buddha corpses seemed to lessen.

It was not a very measured difference, but he could feel it gradually lightening.

Up till now, Wu Yu had been spending a lot of effort to contain the black qi, so that it would not affect the mortals in Devouring Apotheosis Realm.

But as he took in immortal essence qi, the black qi grew milder.

"It's clear that it isn't as toxic now." Wu Yu was in awe. The immortal essence qi elsewhere was less than a tenth of the richness here.

He was very happy with this result.

Up till now, it had been this devouring side effect which had held him back.

Otherwise, he would be able to continue devouring divine sarira and eternal demon emperor corpses, building his cycle even more quickly.

It was a balance - too much devouring would cause his Devouring Apotheosis Realm to break down.

And when the black qi grew to overwhelming, the entire apotheosis realm might fail completely.

Not a desirable outcome.

"Since I'm here at Peach Garden, I should treasure the immortal essence qi while I have it, and quickly build my cycle!" Wu Yu thought excitedly.

In the next few years, he continued to cultivate quickly.

During that time, he sucked more and more immortal essence qi up, until the black qi only faintly remained.

However, Wu Yu did not realize that as he was devouring, his entire Devouring Apotheosis Realm grew more and more unstable again.

However, this instability was dispersed throughout the overall framework of the apotheosis realm.

If Wu Yu did not thoroughly inspect his Devouring Apotheosis Realm, he would not notice it. He was unaware of such a problem, and neglected it.

After all, he only had 10 years in Peach Garden.

Afterwards, the peaches would be plucked, and he would have no chance to cultivate here.

Which was why he did not have time to inspect all of the Devouring Apotheosis Realm.

As he continued to devour, the black qi in his Devouring Apotheosis Realm did not increase, but Wu Yu got the sense that something was dreadfully wrong after a few years.

"It seems like there are impurities in the divine sarira and immortal buddha corpses, and they're causing problems with my apotheosis realm……" Wu Yu frowned.

In comparison, the black qi was not a problem for him.

But now, he could feel that he was in trouble. He was in a situation that he could not resolve.

His entire Devouring Apotheosis Realm had become violent, as though it had developed a life of its own. Wu Yu felt bizarre impulses seize him.

He became hyper-aware of the Queen Mother immortality peaches' scent. The fragrance was growing more tempting by the moment.

Wu Yu hurriedly shook his head to clear it. He could not touch a single peach here.

He used Visualizing the Inner Ape, and barely managed to stabilize his Devouring Apotheosis Realm.

Still, Wu Yu felt that the Devouring Apotheosis Realm seemed to be misleading him, swaying him towards bad decisions.

"I must control myself!"

Wu Yu gritted his teeth. He could not even continue cultivation now.

The cycle within his body was not yet complete, and the impurities in the divine sarira and immortal buddha corpses were like "junk food" that made his entire Devouring Apotheosis Realm unstable.

There was no good way to get rid of these impurities. Not even immortal essence qi would help.

Wu Yu was starting to regret it now.

"Seems like I shouldn't have devoured so many divine sarira and immortal buddha corpses! Now I've gone and made an unsolvable problem……"

He had wanted to quickly complete his cycle and reach the fourth tier, but now he was stuck in a bad spot.

Wu Yu found it hard to control his own temptations.

At this very moment, a peach of immortality suddenly fell down, landing right in his hand. He jumped.

The overpowering fragrance was pushing him over the edge of his control.

"No! I definitely cannot take the peach!"

He continued to use Visualizing the Inner Ape, and his eyes glowed with golden light. He managed to maintain control!

However, he did not know what to do with the peach in his hand.

It had fallen by itself, and he could not possibly stick it back on the tree.

What should he do?

He continued holding the large peach in his hand.

Slowly, the golden light in his eyes faded.

Not even Visualizing the Inner Ape could help him as his eyes were irresistibly drawn towards the Queen Mother's ripe peach.

The temptation that he felt was not baseless.

His Devouring Apotheosis Realm was currently chock full of impurities. All he had to do was eat one peach, and all of it would definitely be cleared. With enougu peaches, he would be able to build his cycle quickly and progress!

A voice cried out in his heart.

Just eat the peach, and all of the side effects previously would disappear! His cultivation would surge ahead!

The voice was not coming from Wu Yu himself, but from an odd being within him. The Heaven Devouring Titanic Beast.

Even after becoming an immortal emperor, it was not much different from a primal beast, giving in to unruly instincts.

Wu Yu's mind was being dominated by the Heaven Devouring Titanic Beast's urges. He salivated over the peach.

All Wu Yu's rationality battled against it.

But as the situation in his Devouring Apotheosis Realm grew worse and worse, he felt like the Heaven Devouring Titanic Beast's urges were winning!

The urge to devour slowly corroded his will and rationality.

His eyes turning red, he looked at the large peach in his hand, and finally gave in. He took a large bite……

The first spurt of sweetness in his mouth, the rush of immortal essence qi. It cleared much of the side effects and impurities, and his Devouring Apotheosis Realm started to grow more stable. He again regained his internal balance.

However, that did not mean that he had regained his sanity.

He was completely in the throes of the Heaven Devouring Titanic Beast's control now. After finishing one peach, he turned to another!

The cycle which Wu Yu had worked so hard and futilely on was finally starting to materialize. Vague signs of it appeared in his Devouring Apotheosis Realm.

He continued to devour peaches.

Each bite of peach was embraced by his devouring powers, and converted efficiently and completely into energy, building the hell of his world.

He had eaten more than 20 peaches before the hell in his body had finally been completed. It was now a place where he could store souls!

With that, he had finally broken through to the fourth tier of the eternal immortal emperor realm.

Originally, the Heaven Devouring Titanic Beast still urged him on to eat more peaches, but the rise in his cultivation realm was the push he needed to regain control over his body.

Because the Devouring Apotheosis Realm was no longer unstable, he was able to regain his sanity.

But when he came to, his heart sank like a rock.

He had lost control because of the unstable Devouring Apotheosis Realm!

In that time, he did not know what he had done. He had vague fragmented memories of devouring immortality peaches and then charging onwards to become a fourth tier immortal emperor.

Although he had grown again, he did not feel any warm glow within. Instead it was icy dread that filled his heart.

Counting, he realized that he had eaten 27 Queen Mother immortality peaches. Although it was not a huge number, but the Heavenly Queen Mother knew the exact number. What was he to do?

Wu Yu was at a loss for a moment.

He had warned himself expressly not to eat the peaches here.

Then again if it had not taken control, his Devouring Apotheosis Realm might be crumbling right now.

Still, he would have to accept the consequences of his actions.