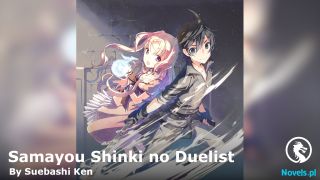 Feng Wu chuckled. “Six of the seven members are dead. So, you’re saying that you’re the only one left.”

Had it not been for the note that the fairy had shown her, she wouldn’t have been able to see through his lie. However, with the note…

Taking the hint, Feng Xun slid the blade of his dagger across the ninja’s skin.

The ninja finally believed that the “crown prince” knew everything about the revival teams.

“There are ten members on my team! Ten!” the ninja screamed.

Feng Wu said coldly, “That’s the answer I want to hear. However, you just lied to me. That was interesting. Feng Xun, what do you think we should do?”

Feng Xun smiled. “He tried to hide three members from us. How about we take three more pieces from him?’

Feng Wu crossed her hands behind her back and nodded. “Go ahead.”

The ninja almost passed out from the pain.

The “crown prince” was as terrifying as “he” was said to be.

Recalling the signal he had just sent to tell his people that the crown prince was weak, he wanted to kill himself.

Once the ninja completely surrendered, Feng Xun obtained much more information from him.

Feng Wu said, “Write it up in a report.”

Feng Xun nodded. That was what he usually did.

Behind him was a team of 50 royal guards.

Feng Wu frowned because it had taken Gongshu Ji too long.

Gongshu Ji knew why the “crown prince” was displeased, and he immediately said, “We were stopped by a group of men in black on our way here and were delayed. That’s why…”

Who else would try to stall them?

Feng Wu snorted and made a mental note of it.

Hearing “his” snort, Gongshu Ji felt uneasy. The “crown prince” wasn’t someone he could offend.

“Your Royal Highness, who’s this?” Gongshu Ji studied the badly tortured man and was pleasantly surprised. “Is he a ninja of the Dongsang Kingdom?!”

Feng Wu nodded. She then told Feng Xun, “Take him back.”

Obviously, she wasn’t going to let Gongshu Ji have him.

Gongshu Ji rubbed his nose. If the “crown prince” wouldn’t give him the man, there was nothing he could do.

Jun Linyuan was badly wounded. Any slight move would make him cough violently.

Feng Wu had wanted Feng Xun to carry Jun Linyuan back, but she then realized that it was her own body and shouldn’t be held by a man.

With no other choice, Feng Wu had to pick Jun Linyuan up herself.

“Do you have a death wish?!” he shouted angrily.

He was the crown prince of the empire!

He wanted to kill Feng Wu with his eyes.

Everyone lowered their heads.

They decided that they hadn’t seen anything.