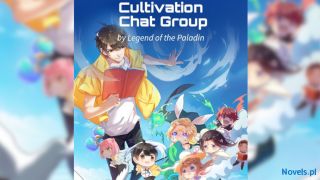 Feng Wu said calmly, “Let’s forget about if I did anything to Lady Tung first. Right now, the most important thing is to save her. She’s really not doing well. Keep stalling like this and you’ll get her killed!”

Sefiro smirked. “Stop pretending! She’s like this because you knocked her down! How can I possibly hand her over to you?! Plus, do you think you’re some sort of master medicine refiner? Don’t make me laugh!”

Feng Wu frowned. It seemed that Sefiro really was going to put it off until Lady Tung died. That way, she would be able to blame everything on Feng Wu.

She then shot a warning glance at Suya.

“Yes, Your Majesty.” Suya went off to carry out the order.

She had served Empress Dugu for many years, so she understood the empress perfectly well.

Although Empress Dugu had given an explicit order to find Master Chu, what she meant was to stall as long as possible.

She didn’t want Master Chu to save Lady Tung.

Because the empress had the same purpose as Sefiro. They both wanted Feng Wu to take responsibility for Lady Tung’s death.

But someone else was watching Empress Dugu.

Chaoge and Qiuling had rushed over. While Chaoge was staring at Sefiro, Qiuling had noticed Empress Dugu’s gesture.

Qiuling quietly slipped away before she reached Feng Wu. She turned around and ran off.

While Suya was delaying her search and looking everywhere else, Qiuling arrived first, grabbed Master Chu, and dragged him away.

After eating Feng Wu’s roast meat earlier, Master Chu was working happily now to turn the spiritual essence into his own that he would need for his breakthrough.

Young Feng Wu really was amazing, Master Chu thought to himself as he wrapped up his work. How long had he been stuck in his bottleneck? There was a time when he thought that he would never make another breakthrough in his life. When he activated his spiritual essence earlier, however, he realized that his stubborn bottleneck had loosened a little.

Even someone as level-headed as Master Chu almost jumped up and down.

What an amazing girl Feng Wu was. Although it was something she cooked up casually, to him, it could transform his life…

Grabbing Master Chu, she dragged him toward the door. “Master Chu! Master Chu! It’s my mistress! She’s in trouble! Help —”

Qiuling had been with Feng Wu all the time, so Master Chu immediately recognized her.

And her mistress was —

Master Chu was feeling so grateful to Feng Wu at the moment that he didn’t know how to begin to repay the favor.

So, his eyes immediately widened. “What happened? Who’s picking on Xiao Wu?!”

Qiuling arrived at the scene late, but she had heard almost everything on her way there, so she immediately repeated it to Master Chu.

Master Chu was already on Feng Wu’s side, and he glowered. “That Sefiro brings nothing but trouble! Come! Hurry! Let’s go to her!”

After figuring out where Feng Wu was, the anxious Master Chu sped up. Soon, he left Qiuling far behind.

Over on the other end, Suya was still wandering around, when she looked up and saw a figure rush past her.

“Argh!” Suya cried out in astonishment. “Isn’t that Master Chu?!”

But she hadn’t gone to Master Chu yet. How did he find out about this…