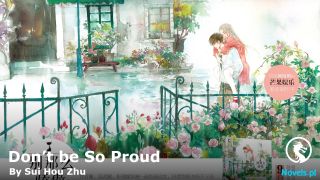 “Yes. He was the one causing this whole mess.” Rea nodded, confirming his suspicion. Even she, who heard it with her own ears, couldn’t believe it, let alone her father.

“Are you kidding me? I’ve been following their movements this whole time because I’m curious about the conclusion of the battle between two giant companies and two giant figures, but… the previous result shocked me.

“I never thought that Maya could hold them back. She was truly a peerless talent in the business world, if I say so myself.

“My point exactly. Then, there’s one more thing that confuses me.” The Sword Saint thought for a moment, hesitating to say it.

Rea also tried to figure out what her father wanted to say. Ultimately, she opened her mouth first. “The invitation?”

“Yes. It’s clear that he was using you to deliver that invitation because you were under my protection. Even the Death Reaper and the Fist Saint didn’t want to challenge me right now. So, why did he want you to send the invitation? Especially bringing you to the Asda Banquet?” The Sword Saint squinted his eyes.

On the contrary, Rea stated in awe. “It’s the event where he will strike the Death Reaper.”

The Sword Saint smiled, nodding. The only reason he didn’t completely tell her anything was to make her think. This was his way of teaching his daughter.

“I see. That means he wanted Honorable Father to come here at that time. That’s why there are still two weeks for preparation. He knows it’s hard for you to travel.”

“But I still don’t see the reason for me to go there. I can simply ask you not to follow him to the banquet even if he forces you.” The Sword Saint shook his head helplessly.

“Isn’t the current situation similar to that one?” Rea tilted her head in confusion.

Rea didn’t answer her father immediately. Instead, she looked down and mumbled a few words. “Perfect Control, Chaotic Situation, Execution Time, and Turn Around…”

The Sword Saint didn’t say anything, watching his daughter grow.

After three minutes, her daughter sucked a cold breath and asked, “Is this connection secured?”

“Yes. Only you and I know about our conversation.”

“Then, I have a question. Is Joker… Theodore Griffith?”

“!!!” The Sword Saint certainly didn’t expect that answer. He was thoroughly dumbfounded by that conclusion.

“I mean, he has Perfect Control, matching Theodore Griffith’s talent. He also has some connection with the Starry Group and has been invited to their family house. After meeting Mr. Bernard, he should be able to get to the Star Group.

“To be honest, I’ve been watching him most of the time, and he seems to be stuck in this mansion. What if he has been manipulating the entire situation with his clone?” Rea asked.

“…” The Sword Saint’s expression darkened as he began contemplating the same thing.

“Don’t you think this situation is similar to that one in Italy, Honorable Father?” Rea asked again. “Back then, he joined the Safulli Group, which was the enemy of the Pata Corporation.

“When they were on the brink of collapse, Theo switched sides and helped the Pata Corporation regain their glory while completely destroying the Safulli Group. You said that he is not that ignorant to think he could defeat the Death Reaper… So, I am thinking if he’s confident in killing the Death Reaper, this situation perfectly fits!

“In other words, at Asda Banquet, the Death Reaper shall fall, and everything will become normal again.” She explained her thoughts entirely.

Even the Sword Saint couldn’t contain his shock. This was truly unexpected.

“I see. So, that’s what he wants from me…” The Sword Saint narrowed his eyes as a smile soon appeared on his face. “Interesting.”

“I can assure you, Rea. The Death Reaper will surely fall in the Asda Banquet. You should go with him there because I’ll come too! I can’t afford to miss this kind of opportunity… Let’s see whether my sword can cut the Death itself or not.” The Sword Saint smirked.

“You are coming here, Honorable Father?”

“Yes. It seems he’s baited me into coming! I’ve no choice but to take this bait. It seems I have severely underestimated this guy called Theodore Griffith. It was said that the reason why the Griffith Family wanted to kill him was his talent, the talent of Learning. Basically, he can learn anything… It won’t be at the same level as the teacher, but it’s a pretty high level. Because he can learn anything, he will have the most abilities in this world.

“In other words, his growth will be unlimited. Just imagine this, Rea. What if he learns from all the top ten experts in the world? He will become pretty much invisible. What if there is a stronger person than the Time God? He can become even stronger. In other words, as long as there is an opportunity to learn, he will continue growing.

“Unlimited Growth! This is what the Griffith Family feared because there was already a conflict between them. And what makes it worse is that… Theo’s brain seems to surpass his mother and grandfather, and his talent in control is above his father, who is said to be able to reach 3rd rank in the world.

“Can you imagine what kind of monster he will become in the future? He might be able to replace the Time God! There are two big sides fighting right now! Those who want to curry favor from him and those who want to eliminate him.

“So, I’m planning to become the former! I want to make a connection with him through you. That’s why I will help him in eliminating the Death Reaper. As for you… I think you should stay and learn from him as much as possible. As I said earlier, his growth is unlimited. If you learn from someone with unlimited growth, you might be able to become an even bigger person since you need to keep evolving your talent just to keep up with him.”

“I understand, Honorable Father. I’ll work hard.” Rea was surprised by all this information and knew the benefits of working for Theo.

However, there was one question in the Sword Saint’s mind.

“Still, I expected him to use this kind of opportunity to take down his grandfather from the Griffith Family. I don’t know why he chose the Death Reaper as his target since I fail to see the benefits of doing so.” The Sword Saint tried to find a reason but to no avail.

Rea offered an answer. “What if he wanted to take revenge by himself?”

“No, he’s not a person like that. There must be an unforeseeable situation… I think. Either way, I’ll go there, so you can wait for me.”