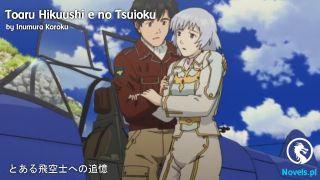 "Hahaha, are they an idiot?" The Heavenly Sovereign laughed out loud. He was still in the call with Theo since the only one who believed the being in the higher dimension was him. Even the Sword Saint didn't know much about it. So, if there was an ally Theo could rely on, it was probably the Heavenly Sovereign.

"Well, whatever. I'm simply going to leave. At the very least, some people know that's not me and my clone."

"Fair enough. Even though you were the one causing all this."

"What are you talking about? I'm saving humanity." Theo shrugged.

"That's true. But I guess, this time, the situation has been turned around completely. The Griffith Family is going to hide directly behind the union, making it hard for you to stay there.

"The actual enemy is living among us while the real hero has to bear the burden of becoming the villain. Such a pathetic world to live in." The Heavenly Sovereign couldn't help but pity Theo.

"Are you going to come here? But I don't have much time left. The best I can do is to wait for your woman to arrive before evacuating to Japan. We've agreed that in exchange for a living area, I'll help the Sword Saint to eliminate the threat there."

"That's what I want to do, but it's going to be dangerous to cross the entire plain. I mean, there are a few European countries before I can even reach Asia. Then crossing the Middle East before I have to cross Asia. It's pretty hard to accomplish even for me."

"So, are you planning to go the other way around? Going to the US and staying there? To be honest, I love the idea of you staying here since I will have someone to talk to."

"Nope. I'm going to stay in the Middle East for the time being." Theo shook his head. "I have some plans there."

"Alright. That's good enough for me, but you're going to have a lot of things to do if you want to restore communication. I mean, it's impossible to make the satellite work anymore since I'm sure the one stationed above that area has been completely destroyed. But rest assured, I, Feng Hao, will protect your wife until you come. This is the least I can do as one of the three…"

One of the three in his mouth referred to the three kings, who ruled the sky, the land, and the sea respectively.

"I hope that the next time we meet, you already have your Authority."

The Heavenly Sovereign closed his eyes while hanging up.

Theo, on the other hand, fell silent because he had a lot of things in his mind. "My entire plan has collapsed, but I guess it's a given because of the situation. I guess the clone is coming handy."

Theo smiled. There was a reason why Theo wanted the structure and had been asking the Frost Saint to give it to him.

Although he didn't know the entire plan and how he survived, the chance was there.

Hence, Theo's plan was to head where his clone was after carrying the structure by himself.

While he was in the middle of his thoughts, Rea came to him with a serious expression.

"What's wrong? Did someone choose not to go?" Theo's tone was calm as if he had expected it.

"Did you predict it?"

"Let me guess, Phyrill and Ellen? Unlike the others, we don't really have any family, no? Except for you, whose family is kinda too strong. So, I'm guessing that Phyrill and Ellen are going to stay here." Theo nodded, confirming her doubt.

"…" Rea looked at Theo with a sad expression. Everything was ruined because of Flora, who sided with the Griffith Family.

"Anyway, we don't have much time left. When can we move?"

"Most of the stuff is your illusion, so we don't have many things to bring. For now, the ones who are going to follow you are Felix and Millie, Jeff and his sister, Akbar, Walker, Isaac, Millie, Aisha, and me."

"Good enough for me. Tell my grandfather to take in Phyrill and Ellen along with all their families. Also, bring Enrica back. We're going to depart in fifteen minutes."

"Understood." Rea acknowledged the order and immediately informed the others about Theo's decision.

Before they left, Theo went to the lake to erase his Covenant Seal. In that instant, all the landscape returned to normal. The building disappeared, half of the trees vanished, and even the mist that stopped the people from coming had been retracted.

When he came out of the lake, he saw Phyrill and Ellen right next to the lake. Both of them looked down because their decision this time was truly a big hit for Theo.

Theo made a small smile and patted their shoulders. "It's fine. You don't have to feel sorry."

"But the one in the video wasn't you…" Phyrill gritted his teeth. "And I… feel ashamed that I couldn't even repay your kindness."

Theo shook his head. "Since I'm a villain now, I should start acting like one. That's right. Your two families are too many, so they're just going to be a burden on this trip. It's better for them to fuck off."

Phyrill and Ellen gritted their teeth. They shouldn't end up this way, but they had families to take care of.

'Burden? Fuck off?' Theo was just saying all those words because he wanted to make them feel better. He never thought of them as a burden.

The Wind Emperor also said to never look at others as a burden. He might look at them as a weakness, but he knew that without enough strength, he wouldn't be able to protect everything. This was the path to become stronger.

Yet, Theo could only pat their shoulder one last time before he walked away, leaving them along with all their acquaintances in this place.