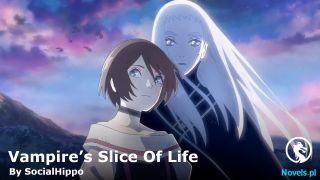 "…That's all I can tell you." Theo ended his explanation with a sigh. He told Leonardo about beings in the higher dimension as well as what would happen if he didn't create an apocalypse.

The story was ridiculous because no one would ever believe there was a being up there that wanted to destroy the whole world.

Leonardo was fuming in anger because he never expected that Theo was doing something like this against the being that they didn't know existed.

"Are you kidding me?" Leonardo gritted his teeth.

"I can't defend you anymore, Theo. Do you know what you've done? Do you truly know? For god sake." Leonardo was facing the biggest hurdle in his life. He was the one raising Theo to be a strategist and protecting Theo this whole time. If he knew that everything would make him kill more than ten billion people, he surely wouldn't teach Theo how to get stronger.

Theo had his reason, but it didn't change the fact that no one had proven the existence of the higher being. He truly had nothing to defend him.

"Since the situation has become like this, I'm going to leave, Grandfather." Theo sighed. "I'll bring whoever that wants to follow me, only my group, I think. Either way, I'm not going to stop here. If I don't start the apocalypse, we're going to face extinction. So, I'll live with this sin."

"You…" Leonardo wanted to say many things, but no words came out of his mouth.

"Even if I'm going to be the biggest villain, I won't hesitate to do it because I have a reason to fight." Theo smiled and finally rose from the ground. "Goodbye."

That 'goodbye' was brief but painful. Leonardo couldn't say anything. He wanted to believe in Theo, but the higher dimension itself was something fictional. There wasn't any proof they existed and wanted to destroy this world.

His heart was filled with grief as he watched Theo walking away.

Theo walked to Rea and said, "We need to leave."

"Yeah. That's my original self." Theo nodded. "I never thought that the Griffith Family was this close… I'm afraid we don't have much time left."

"I understand. Who are we going to bring?"

"Everyone from our group, including Millie, Aisha, Phyrill, and Ellen. Of course, if anyone doesn't want to follow me, it's perfectly fine. Also, tell the Saintess to go back with my grandfather since he shouldn't mind bringing her back." Theo nodded. "Though, now the situation is like this, I'm afraid that your father is going to take you back."

"The world is in this situation, so all he can do is disown me. That's fine, I guess. It means I can follow you." Rea shrugged.

"Thank you… Thank you very much."

"What's wrong with you? Did you mellow up a bit after talking to your grandfather?"

"I guess. Gather everyone here and we're going to leave." Theo nodded.

"Where are we going?"

"Turkey. I don't know if we can meet up with Coline and Chris, but let's go there for the time being."

"But what are you going to do with this whole situation?" Rea furrowed her eyebrows. "I mean, the Griffith Family is going to take this opportunity to influence the base. They're going to…"

"I know. It's funny, right? The real enemy is hiding among them while I, the one fighting the enemy, am actually forced to join the other side." Theo chuckled.

"You… Are you planning to…" Rea widened her eyes, understanding the real meaning behind Theo's words.

Theo smirked. "Since people believe I'm the one screwing the world, I'll show them what it feels like to have me screw it for real."

Rea trembled and didn't dare to continue that conversation. She could only run away and call upon the members.

The whole world had been turned upside down by that video. There were many people cursing at Theo, the one who caused everything.

Theo had mixed feelings in his heart. Firstly, everything he did was for humanity. If he didn't start the apocalypse early, there might be a greater event like what wiped out the God Age or even the dinosaur.

Yet, no one thought that way. They only considered Theo to be the greatest criminal, who had caused billions of deaths. If he wasn't the worst person in the world, no one dared to be the second.

This might be what the God of Mischief felt when he started the Ragnarok. No one understood his mind and thought that he had gone too far with his mischief by causing the end of his era.

But in that darkness, there was actually one light that shone far brighter than the other. The light appeared so suddenly and dumbstruck the entire planet.

It was a video of Ray Griffith.

He was laughing crazily in front of the camera while looking at the people who saw him with bloodshot eyes.

"Hahahaha! To think that bastard finally did it! Screw the world. You took everything for me and now, it's time for me to take everything from you." These were the last words that Ray gave in his video.

His meaning was clear. He was the culprit, manipulating Theo to do such a thing. In other words, the reason for this apocalypse was him.

His words stunned the world.

Meanwhile, Ray was standing in front of his room while clenching his fists. Ray made a sad smile. "I know that I had to leave you with that harsh condition when you were a child, Theo. However, I have never once stopped loving you. You are always my child and will always be. This time, I'm going with you, Son…"