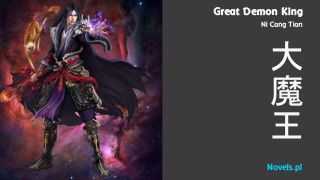 The next morning, the sky was clear and the Cloud Whale’s lonely cry could occasionally be heard from the depths of the clouds.

As early as the dawn of the sky, this place was already crowded. The square that stretched out for more than 10 kilometers seemed a little too small at this moment.

Fortunately, the sea area around the Scattered Stars Island had to be guarded day and night. This was a critical moment of war, and a large number of people had to defend the coastline. Therefore, at most half of the people could come today.

But even so, the five cities were all empty, and it was noisy outside the central city, and the crowd stretched for dozens of kilometers.

It was like a conference. Before the leader came, there was a flurry of discussions below.

Someone said, “I think the situation is critical at this moment. Even if we want to change our commander, we shouldn’t do it at this time. After all, Han Fei is not very familiar with the various defense situations on the Scattered Stars Island.”

Someone retorted, “What are you afraid of? No matter who he is, he just needs to fight against sea demons. Han Fei is obviously stronger!”

Someone said, “Han Fei is indeed very strong. He has killed two Venerables in a row. Do you know what it means? I heard that more than ten of the great demons at the Dao Seeking realm have been killed by Han Fei. Who else on the island has this ability?”

Someone rolled his eyes. “What do you know? A reckless man who only knows how to fight is brainless.”

Someone ridiculed, “You are the brainless one! If Han Fei is brainless, will Marshal Xue Shenqi let Han Fei succeed on the throne? Why don’t you use your brain?”

As if to prevent others from eavesdropping, most people spoke telepathically, thinking that there were millions of people here anyway, and nobody could tell who was speaking.

Someone else said, “Do you know that Han Fei is from the Thug Academy? That academy once planned to activate the taboo, causing the entire human race to be in danger.”

Someone asked, “What taboo can cause the entire human race to be in trouble?”

The man shrugged. “I don’t know. I just heard it from someone.”

While the millions of people were discussing, in the void, Han Fei and Xue Shenqi stood side by side.

Xue Shenqi said indifferently, “If you want to control the Scattered Stars Island, you have to grasp the human heart first. You know that it’s the means of the big clans, but you just watch?”

Han Fei sneered. “Watch? Do I have to prove that I’m really here to save the human race? No, I have my own path. My path doesn’t allow me to do this.”

Han Fei said, “We are indeed different, but we don’t have different attitudes towards war. What I want is to be united internally. I never expect ordinary people to follow me to kill into the deep sea. That would be stupid. For example, now that I have succeeded as the supreme commander, the situation is already reversed. But those fools from the big clans think that they can stop me from succession with some rumors. I don’t know if their brains have been hit by an Iron-Head Fish.”

When he said this, Han Fei didn’t use voice transmission at all but directly said it out loud. Since he had already spoken, how could others not hear him?

Han Fei sneered. “You don’t understand me at all.”

Han Fei stepped out and walked to the Sea God Square in the sky above the central city.

Han Fei stood proudly, golden light emanating from his body, and a golden giant more than 20 meters long was walking towards them step by step like a god of war in golden armor under the sunlight.

Everyone saw golden lotus flowers blooming at the feet of the golden man in the distant sky.

With each step he took, a lotus bloomed. The lotus bloomed, turned into spiritual energy, and disappeared from the world.

As Han Fei walked forward, he spoke in a deep and heavy voice that echoed throughout the Scattered Stars Island.

Even the people who were guarding at the edge of the coastline couldn’t help looking at the sky, saying excitedly, “It’s starting, it’s starting.”

In the Sea God Square, under the public eye.

Many strong masters couldn’t help but smile when they saw Han Fei’s lotus steps. They thought to themselves, What’s the big deal about this? Why do you make it look as if only you can do this?

Someone couldn’t help but nod in satisfaction. “This way of showing up is very creative and looks quite awesome.”

In fact, everyone present who was not yet an Explorer was stunned. They thought to themselves, is this the power of a powerhouse? With every step he made, a lotus flower would bloom. A single lotus flower can crush a lot of us, right?

Han Fei said jokingly, “Marshal Xue Shenqi, if you don’t show up, I dare not take this position.”

A big sword fell from the sky, which was hundreds of meters high and looked equally impressive. In terms of size, Xue Shenqi’s gimmick definitely won.

But in terms of creativity and the degree of shock, Han Fei had won.

Xue Shenqi said, “I’ve already said what I should yesterday. On Scattered Stars Island, geniuses emerge in large numbers. Han Fei is talented and tough. In the past few days, he has killed two Venerables in a row… In terms of means and ability, he is no weaker than me. I made him the new commander for the sake of the human race. Perhaps my method was wrong, causing the sea demons to be even more rampant and aggressive. I hope Han Fei can change this situation.”

Xue Shenqi looked at the millions of people below and said in a loud voice, “You should have heard of Han Fei’s achievements. The Fei-Yan-Mu Furnace upgraded the weapons in your hands by a level, allowing refining to enter a new era. After careful consideration, I think Han Fei is among the best among his peers in realm, strength, means, and wisdom. He is qualified to take over as the supreme commander of the Scattered Stars City.”

As soon as the ritual began, a voice echoed in the world.

It was Chu Qing from the Chu Sect. He had stepped through the void to stop Han Fei.

Xue Shenqi frowned. “If the Chu Sect wants to interfere in the matters of the Scattered Stars Island, don’t blame me for being rude.”

Chu Qing smiled. “Marshal Xue, don’t be hasty. It’s not that we don’t trust you, but we just don’t trust Han Fei and the people behind him.

Chu Qing didn’t come here to fight, so he blocked right in front of Xue Shenqi and the others.

Xue Shenqi shouted in a low voice, “The Thousand Star City has no right to intervene in the matters of the Scattered Stars Island. I say it again. Get out of the way.”

Chu Qing didn’t give in at all. He chuckled and his voice resounded throughout the island. “Han Fei is from the Thug Academy, an extremely vicious demonic-path organization. Its founder, Patriarch Thug, cultivates as an undead creature and has long been a demon. More than ten years ago, he led countless evil forces to attack the Thousand Star City but failed and returned in defeat… Han Fei, let me ask you, is what I said true? You just need to answer yes or no.”

Han Fei looked at Chu Qing with a casual smile.

If it were someone else, such as an upright person like Xue Shenqi, an obedient person like Jiuyin Ling, or Old Jiang who was irritable, they might have started a fight.

However, there were millions of humans here. How could a Venerable attack? Otherwise, how many people would be killed by the aftershock?

At this moment, facing Chu Qing’s malicious question, how could Han Fei enter the trap he set?

The crowd was in an uproar. Did Han Fei just say foul words? Although everyone spoke like this in private, it seemed inappropriate in front of so many people.

That was exactly what Chu Qing hoped for. He wanted to see Han Fei fly into a rage out of humiliation. If you can’t even endure a little provocation, how can you be a marshal?

But Han Fei continued, “The Chu Sect is content to lord over the Thousand Star City. The warriors at the front line risked their lives to kill enemies, but you just sit by and exploit the resources of the Scattered Stars Island. As a result, there are countless Venerables hidden in your clans, even several Half-Kings. However, the human race is in a difficult situation and has suffered heavy casualties, but you’ve never come to help. Now, only a mere intermediate Venerable like you has come, but all you want is to seize power and obtain more resources. You’re sucking the bones and eating the marrow of millions of soldiers. Let me ask you, who the f*ck do you think you are? What makes you big clans in the entire Thousand Star City think you can do this to us?!”

Instantly, the million people present exclaimed. They had never heard of the Chu Sect from the Thousand Star City!

Someone from the Thousand Star City certainly knew of the Chu Sect. Hearing Han Fei’s words, they were also indignant.

That was how humans were. No matter where they were, they hated the rich. Besides, the big clans in this world didn’t give people a good impression.

Chu Qing’s eyelids twitched. Han Fei is really shameless! He directly said that he didn’t know Patriarch Thug. Are you kidding me?

Chu Qing asked, “Do you dare to swear to the Great Dao?”

Han Fei blinked his eyes. “I can swear at any time. However, the Chu Sect of the Thousand Star City snatches the resources of the Scattered Stars Island year by year, so many resources they obtained that they can throw them away for fun, while the front line soldiers have no resources to use… Do you dare to swear to the Great Dao? Millions of years ago, the Chu Sect and the big clans of the Thousand Star City ambushed the strong masters from the Nine Heavens, angered the Heavenly Dao, and made the Heavenly Dao Dharma Eye watch over the human world, causing the human world to no longer have a king. Do you dare to swear? Do you… dare?”