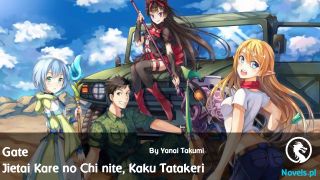 After continuously observing the real strength of Cao Mengde and Wu Bufan, Han Fei was no longer interested in their strength. He only felt that these guys were actually quite ruthless.

In a way, they had the same goal as him, which was to endure and persist.

Even if he was very high-profile in the Divine Capital Dynasty, if he returned to the Chaotic Wasteland, he would have to keep a low profile again.

Cao Mengde and Wu Bufan were in the same situation as him. Perhaps the cause was different, but their ultimate goals were all to overthrow their rotten family where they had lived for many years.

When Wu Bufan saw Han Fei and Cao Mengde, he let out a long sigh of relief. They finally took action after watching for so long.

Since he could use the Void Stealing Technique, why didn’t he use it? He didn’t need to polish himself and tap into his potential now.

Depriving the two of their consciousness, Han Fei suppressed and penetrated them.

Of course, their broken bodies were collected by Han Fei. In fact, if it weren’t for the Void Stealing Technique, he might not have been able to stop a peak-level late-stage Star Transformation Realm cultivator from self-detonating.

Han Fei felt that the speed at which his Star Core was condensed was still a little slow. According to this speed, in a few days, there would be four or five people chasing Wu Bufan. Should he sacrifice these people or keep them to dig out their Star Cores?

Because Han Fei hadn’t condensed his own Star Core yet, he didn’t know if his Origin Star had enough energy and vitality.

If these people were sacrificed to the God of War, what if he needed energy and vitality?

After a while, Wu Bufan grinned and said, “Brother Fei, thank you for your help.”

Han Fei nodded slightly, then took out the big pipe that Wu Bufan gave him and took the initiative to smoke.

Han Fei said leisurely, “Bufan, why don’t you stuff a Strange Fire Crystal into my pipe too?”

Wu Bufan scratched his head in embarrassment. How could this thing be stuffed so easily?

He couldn’t help but say, “If Brother Fei wants it, I’ll definitely get you one in the future.”

Han Fei tilted his head and looked at Wu Bufan. “I’m not joking with you.”

Wu Bufan frowned as if he had made a major decision. He immediately said, “Brother Fei, if I can survive the fourth round, I’ll get you a strange fire crystal like mine. Unfortunately, mine has been ruined. Otherwise, I would definitely give it to you.”

Han Fei nodded slightly. “Okay, let’s wait a few days. Bufan, you continue to be the bait, but I’ll take action next.”

In order to deal with their own kind, these big clans had really tried their best and directly mobilized two peak-level late-stage Star Transformation Realm cultivators. They really thought too highly of Wu Bufan and the others.

The God of War seemed quite happy and quickly responded, “Good, good! Your hunting speed is not bad. Well, plus the previous three, these people are comparable to a perfected Star Transformation Realm cultivator. If you can get a Monarch…”

The God of War seemed to be in a good mood and replied, “Well, there’s a big gap between Monarchs. But don’t be hasty for now. Don’t fight any Monarch until you reach the perfected Star Transformation Realm. This time, I’ll give you 350 seconds for the God of War Seal.”

God of War said, “No hurry. Come to me when your Star Core is condensed.”

Han Fei thought to himself, Soon. It will only be three months. Just wait!

The Demon Domain was definitely not a small place, but although it seemed dangerous, in fact, neither the demonic sources nor the demonic creatures in the Sky Opening realm were very interested in Han Fei and the other participants.

That was mainly because the participants like Han Fei didn’t have any ominous power in their bodies, and it was difficult to kill them.

Therefore, an existence who could become a demonic source was actually not stupid. There was no benefit in beating you. Why should I beat you?

Therefore, although this world seemed dangerous, Han Fei and the other participants were actually the invaders. Furthermore, they were the crazy kind of invaders who came in to kill.

On the 37th day after Han Fei came in, he met up with Zhou Run. When Han Fei saw Zhou Run, he was hunting a demonic spider in the Sky Opening realm.

As if realizing that Han Fei had come, Zhou Run set up a Sealing Bell and activated it. As the bell rang, all the creatures hearing it were trapped.

After harvesting the spider, Zhou Run unhurriedly took the life origin crystal of this demonic spider. Then, Zhou Run cupped his hands in the air and said, “Brother Fei, I know you’re here. I’m fine here. Brother Fei, you don’t have to observe me.”

Before Han Fei said anything, Cao Mengde said, “Ah Run, isn’t anyone hunting you? Why are you still in the mood to hunt demonic creatures here?”

Seeing Han Fei and the others appear, Zhou Run smiled faintly. “There are! My family sent eight people, but they are already dead.”

Even Han Fei couldn’t help but be surprised. How strong was Zhou Run? Could he kill eight cultivators? If the cultivators were as strong as the cultivators from the Cao Family and the Wu Family just now, how could Zhou Run be a match for them?

Zhou Run nodded. “Yes! There are two of them. Fortunately, it’s not much. Otherwise, it wouldn’t waste more of my time dealing with them.”

Wu Bufan asked, “How did you kill them? Can you beat them?”

Cao Mengde nodded. “That’s right. Even if you have more trump cards than me, they are peak-level late-stage Star Transformation Realm cultivators. How can you kill them so easily?”

Zhou Run smiled faintly. “It’s true that I can’t beat them, but you don’t have to use your hands in a fight. Sometimes, you can use your brain. Don’t forget that we are in the Demon Domain. There are many more Sky Openers here than in the 100,000-year competition.”

Han Fei’s interest was piqued. “How did you kill them?”

Zhou Run smiled and said, “To cooperate with a demonic source.”

“What? Do demonic sources have intelligence?”

Wu Bufan and Cao Mengde were dumbfounded, but Han Fei was fine. He was just a little surprised. “Is the demonic source willing to cooperate with you?”

Zhou Run smiled faintly. “In fact, as long as you think about the origin of the Demon Domain carefully, you can understand. The demonic source is a special existence in the Origin Ground. What they need is a strange dark matter. And we clearly don’t have this dark matter. Therefore, we don’t necessarily have to be enemies with the creatures of the Demon Domain. Whether we are enemies or friends depends on how we manage our relationship.”

Han Fei asked, “Have you seen a demonic source? Did it attack you?”

Han Fei asked, “Aren’t you worried that it will attack you after eating too much dark matter?”

Zhou Run paused. “Therefore, I think that there are two big problems for a demonic source to advance to a Monarch.”