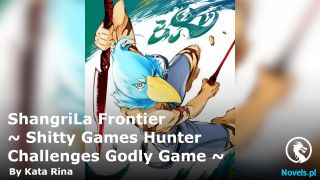 The demonic source didn’t expect Han Fei to choose to attack it in the end.

Fortunately, it had countless bodies. As long as it was given time, it was only a matter of time for it to grow into the consummate level again. It just didn’t understand where a strong master like Han Fei came from.

Little did it know that half a day later, Han Fei came to a deep-sea domain, which was neighboring to the swamp. Logically speaking, there was a demonic source here.

Knowing that the demonic source could parasitize, Han Fei found a creature in the Sky Opening Realm and roared at it, “The demonic source in the west has been killed by me. I’m too lazy to find its original body. It’s yours.”

Han Fei flew across the sky, holding the thing that Wu Bufan and the others gave him in his hand. He vaguely sensed that the one closest to him should be Cao Mengde.

Since he had promised these guys to do something for them, he might as well help them. He also wanted to see the true face of these playboys under the mask.

27 days after the fourth round of qualifiers began.

Cao Mengde held a rod that emitted purple-black flames and pierced through a demonic plant turtle whose body was half-illusory. He grabbed casually, took out a life origin crystal, and continued to run crazily.

“Cao Mengde, just surrender! You should know that you have no way out since you decided to participate in the 100,000-year competition.”

Cao Mengde suddenly stopped and looked at the other two figures in front of him.

He said, “How many times have I said that I was forced to participate in the hundred-thousand-year competition? What has it got to do with you? Why do you have to chase me down? This is the eighth time. Did you come in just to kill me?”

The man who chased him sneered. “Cao Mengde, stop pretending. We had suspected that you had awakened a top bloodline, but we couldn’t confirm it several times. I don’t know what method you used to cover it up. In this hundred-thousand-year competition, you were able to escape from us seven times, and there were even three people protecting you. This already shows something. So, no matter how well you hide, you have to die this time.”

But now, Cao Mengde had nowhere to run.

Late-stage Star Transformation Realm cultivators were all faster than the speed of light. They appeared in front of Cao Mengde in an instant. In an instant, Great Daos tumbled, the void was chilly, and ice condensed.

At this moment, Cao Mengde held a jade slip in his hand. In the eyes of others, it was the escape jade slip he normally used. One of the people sneered and shouted, “Spatial Alternation.”

Then, the jade slip was taken away.

The man looked excited and brandished his sword, about to pierce Cao Mengde. But in the next moment, the jade slip in his hand shattered instantly, and a purple flame spread around the man.

In an instant, this person only had a pile of bones left. And the skeleton turned around and attacked another person beside him.

“Not good! We’ve been tricked! Retreat!”

While transmitting his voice, the peak-level late-stage Star Transformation Realm cultivator cut off one of his arms. However, the purple flames were erupting too fast, like countless algae spreading out from the bottom of the sea.

Of the remaining three, one was entangled by the skeleton puppet. When the peak-level late-stage Star Transformation Realm cultivator retreated, flames refined half of the void and a figure walked out. It was Cao Mengde.

Cao Mengde’s body exploded just now, but that was not his original body.

At this moment, Cao Mengde blocked behind another late-stage Star Transformation Realm cultivator. Holding a small seal in his hand, the gravity here suddenly increased by ten thousand times.

Then, Cao Mengde held a long stick with two sharp ends, and in the blink of an eye, his speed was eight times the speed of light.

This person couldn’t escape in time and was pierced through by Cao Mengde.

Half of Cao Mengde’s body was blown up, but his hands were burning with purple flames, pressing on the body of the person in front of him, burning him into bones in an instant.

Cao Mengde was vomiting blood. Obviously, he had been seriously injured. However, at this moment, he managed to save himself.

His first choice was not to fight but to escape.

Therefore, he had to run. Only by running out of this dangerous situation could he win. As long as he successfully passed the fourth round of qualifiers, he would be able to shine in the 100,000-year competition. Then he could join other powers and secretly nurture his henchmen. Only then would he have a chance to make a comeback.

On this side, Cao Meng burst out with his fastest speed, almost seven times the speed of light. But the moment he jumped out, a figure even faster than him appeared and pressed a palm on Cao Mengde’s chest.

The upper half of Cao Mengde’s body exploded, leaving nothing but broken bones and flesh.

A young man stepped out of the void and said in surprise, “I knew you were hiding your strength, but I didn’t expect you to be a body refiner. You’re indeed something to be able to quietly reach this level. Unfortunately, you shouldn’t have participated in this hundred-thousand-year competition. Otherwise, you wouldn’t have died.”

Cao Mengde’s flesh and blood were still rapidly regathering, but at this time, his two white bone puppets had been shattered by the peak-level late-stage Star Transformation Realm cultivator.

Cao Mengde was in danger.

Cao Mengde was crazily mobilizing the resources in his Origin Star and roaring like a beast, “Cao Buqi, who do you think you are? You are just a lackey of Cao Bumie. You will always be like a ferocious dog crawling at his feet. Even if I die, you won’t live long.”

Cao Buqi’s eyes turned cold. “You’re just good at bickering. Back then, your younger brother was extremely talented, but his blood was still extracted. You two are the same. How dare you compete for opportunities with the main branch? Who do you think you are?”

After that, Cao Buqi threw out an Icy Jade Bead. As soon as the bead appeared, the surrounding temperature plummeted, and Cao Mengde felt that his blood was stagnant.

Cao Mengde struggled for a while and finally heaved a sigh. Then he shouted, “Brother Fei, help me! Brother Fei, I know you are here.”

Cao Buqi and the peak-level late-stage Star Transformation Realm cultivator were both shocked. Of course, they knew which Brother Fei Cao Mengde was talking about. Who else could it be besides Han Fei?

Recently, Cao Mengde, Wu Bufan, and the others had been getting close to Feng Xingliu and Han Fei because they wanted to cozy up to them.

Cao Buqi and the others certainly knew Han Fei’s strength. He was able to kill Yi Qianxing and escape calmly after fighting Zhao Qinglong. It was impossible for the big clans not to notice his strength.

However, Cao Buqi heard that Cao Mengde was nothing more than cannon fodder in Han Fei’s team, and that Han Fei didn’t help Cao Mengde until he was paid.

Cao Buqi didn’t think Cao Mengde could afford making Han Fei an enemy of the Cao Family. After all, he didn’t think Han Fei was stupid. Why would he help Cao Mengde?

Cao Buqi said, “You’re still trying to buy time? What Han Fei wants is money. He defeated the Dragon Fighting Street just to sell the Qualification Tokens. Do you think he’s an idiot if he attacks the Cao Family for a stranger like you?”

However, right after Cao Buqi said that, a voice suddenly sounded.

“Say it again if you dare. Who are you calling an idiot?”