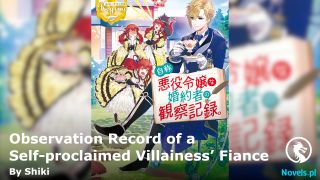 «God of Fishing (Web Novel) - Chapter 1837: A Transaction by Hundreds of Millions

Chapter 1837: A Transaction by Hundreds of Millions

The two strolled and chatted.

Finally, Xia Xiaochan said, “The essence blood of a Merman Emperor, 9.8 million per bottle. God, I want this.”

Han Fei said, “A sixth-grade soul pill worth five million. After taking it, it can produce chaotic power. It’s said that it can increase the power of the soul by ten percent. Unfortunately, you can only take one.”

The two of them chatted, feeling that the resources of the entire shop were already theirs.

After a long time, the two of them slowly came back to their senses.

Han Fei’s body heated up and he felt that his nose was about to bleed. If possible, Han Fei really wanted to take all these resources.

However, after they calmed down, the two of them discovered that they couldn’t be too crazy when buying things. They calculated for a moment and realized that if they wanted to buy everything here, even a billion wouldn’t be enough.

Therefore, in the end, the two of them surrendered to money.

After half a day, it was already late.

The number of customers in the shop gradually increased, although cultivators never cared about day or night.

However, at night, people would always seek excitement, especially in the Martial Emperor City.

At this moment, the auction was about to start.

The restaurants were open for business, and there was a steady stream of people in the mission center.

There were several times more people in the super resource stores where Han Fei was.

While many people were choosing resources that they thought would be of great help to them, they heard jingling sounds.

Then, a man and a woman were walking over holding a lot of jade slips in their hands.

The man looked ordinary, but he had an extraordinary temperament. As for the woman, she was so beautiful that she looked like a celestial being.

“Huh? Are they… Han Fei from the Avenger Pirates?”

“And the princess of the Mermaid Royal Family?”

“Is he Han Fei who dares to attack the Infinity World’s fleet head-on?”

Someone said, “Didn’t he run away?”

Someone sneered. “What do you know? He defeated Li Xinghen and escaped safely from Bei Xuanbing.”

Someone sighed. “It seems that the Yin-Yang World is really going to reappear in the Raging Sea. Otherwise, why would Han Fei dare to make such a big fuss?”

However, Han Fei and Xia Xiaochan didn’t care what these people were discussing.

The two of them carried a pile of jade slips, their minds filled with the value of these things.

The checkout room was huge.

This was because some things were very large. For example, the shell of the Ancient Black Turtle that Han Fei wanted had to be checked on the spot. Once the product left the shop, no matter what the problem it had, it had nothing to do with the super resource store.

Han Fei threw the pile of jade slips over.

Soon, someone was responsible for the delivery of the products.

The waiters lined up and gave Han Fei resources.

Someone exclaimed, “Isn’t that the shell of the Ancient Black Turtle? That thing has been hanging there for hundreds of years. How can it be sold today?”

Someone was puzzled. “Isn’t it said that the Ancient Black Turtle Shell Armor is extremely difficult to refine? The one from the Thunder Fire World said that the armor comes with a Heaven and Earth Spirit Array. If you’re not careful, the array will be destroyed. What’s the use of buying this thing?”

Immediately afterward, someone suddenly exclaimed, “What is that green fan? Could it be the leaves of the Divine Demon Vine?”

“Hiss! It’s the Divine Demon Vine Grass Leaf, which costs 3 million ultra-quality spiritual stones per leaf. There are a total of nine leaves! How rich is this guy?”

The value of these two things alone had already exceeded 30 million ultra-quality spiritual stones. The two people simply had money to burn!

Han Fei couldn’t pretend that he understood it at first glance. He had to check the products.

Han Fei knocked on the armor a few times with an ultra-quality divine weapon. Then, he cut the leaves of the Divine Demon Vine a few times before putting them into the Sun-Moon Shell.

There were 20 spiritual fruits like the Dragon Blood Fruit.

Although this also caused a small uproar, it was far smaller than the previous two.

However, when the Half-King’s demonic origin appeared, the sea demons and even the mermen exclaimed.

“Half-King demonic origin? No, they’re Half-King Merfolks’ Pearls… If I remember correctly, each of them will cost more than 1.2 million ultra-quality spiritual stones. Besides, if one hadn’t had a top cultivation technique, the Half-King Merfolks’ Pearls wouldn’t be of much use, so the princess wants to buy them. If it were someone else, the effect would probably be greatly reduced.”

“Oh my god! Sixth-grade soul pills? There are only three of them in the resource store. Each of them is worth five million, which can buy a Sea Quelling Bizarre Treasure.”

“The essence blood of a Merman Emperor. This thing has been hung there for more than 900 years with the price of 12 million. Now, is it finally sold?”

“Are those Azure Dragon Tendons? Oh my god, a dozen? Why does he want to buy so many of them? To weave a net?”

More and more people were watching the checkout.

Even if it was just to see the rich people burn money, it would be worth it.

203 handled the checkout for them himself, and Han Fei even felt the gaze of a king.

A bottle of the essence blood of a Merman Emperor, 9.8 million.

500 catties of Deep Sea Nether Spring, a total of 5 million.

Nine leaves of the Divine Demon Vine Grass, three million per leaf, a total of 27 million.

“His wealth is comparable to that of the top ten pirate groups!”

Someone sneered. “Not only won’t they lose, but the top ten pirate groups won’t be so rich. Their money has to be distributed to so many people.”

Someone snorted. “What do you know? Which commander of the ten pirate groups has less than a hundred million?”

Han Fei had no time to listen to these people’s discussion. When he paid, his face turned green… He accidentally overbought! There were 27 million more than 42 million.

This was the biggest deal Han Fei had ever made.

Han Fei said, “Can I trade with ultra-quality spiritual weapons?”

Han Fei nodded slightly. With a thought, in front of him, with clangs, a large number of glittering ultra-quality divine weapons were piled on the ground like a mountain.

It must be noted that the refinement of an ultra-quality divine weapon required a professional refiner to refine it for a few months. Some weaker refiners even needed years, decades, or even hundreds of years to refine it. Who wouldn’t be shocked when Han Fei casually took out more than 3,000 pieces?

However, 203 was very happy that Han Fei used ultra-quality divine weapons to trade.

These Sea Establishment materials were too difficult to sell.

So they could earn much more than simply selling Sea Establishment realm materials.

Before the appraisers, who had already been prepared, began to appraise the ultra-quality divine weapons, he suddenly saw a middle-aged man appear at the trade scene.

As soon as this middle-aged man appeared, 203 and the others immediately cupped their hands and bowed.

Xia Xiaochan said to Han Fei via voice transmission, “Bai Yue, known as King Yue. I only know that he is one of the kings of the Martial Emperor City.”

All kinds of ultra-quality divine weapons flew past. It only took Bai Yue half an hour to finish counting them.

Then, he took a deep look at Han Fei and said, “There are a total of 3,000 pieces. The total price is 24,000 ultra-quality spiritual stones per piece. Any objections?”

Han Fei didn’t take out some common weapons in the first place. He only took out these 3,000 weapons that he thought were of average quality.

Of course, they were still all ultra-quality divine weapons.

Bai Yue said, “If there’s no other deal, we will pay you another 3.45 million ultra-quality spiritual stones, and this deal will be over.”

Han Fei nodded slightly. “That’s good. I wonder what the collection standards of the resource shops are?”

Han Fei nodded slightly. “Got it. Deal over.”

In the next moment, he disappeared.

Today, everyone present was stunned. Han Fei and Xia Xiaochan had almost bought a hundred million worth of resources. What were they going to do? To become kings?