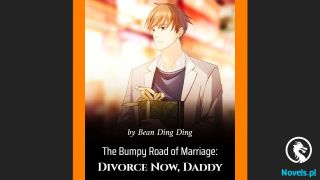 «God of Fishing (Web Novel) - Chapter 1836: The Shocked Heavenly Master and the Princess

Chapter 1836: The Shocked Heavenly Master and the Princess

Han Fei had always been very interested in spiritual fruits.

For example, the Dragon Blood Fruits that Han Fei got from the auction in the Thunder Fire World. Wow, there were more than 20 of them here.

Of course, the price was not cheap.

Han Fei narrowed his eyes. He couldn’t afford all these!

After all, Han Fei only had one left. With these 20, he could have at least two months of explosive cultivation!

A moment later, Han Fei and Xia Xiaochan walked to the shelf of the Demon Essence Pills and then Xia Xiaochan couldn’t walk anymore.

Han Fei asked, “Is this demonic origin beneficial to your cultivation?”

Han Fei asked in surprise, “Doesn’t it mean that swallowing ten pieces can increase your strength by 50%?”

Xia Xiaochan looked at Han Fei as if looking at a fool. “How can it be so easy? Of course, the more I absorb, the less useful it will be. However, there is only one Half-King-level Merman Demon Essence here. As for the peak-level Venerable-level Merfolk’s Pearl, its effect on me is not very obvious.”

Han Fei immediately beckoned, and an intermediate Venerable waiter immediately landed from high in the shop.

Han Fei pointed at the Half-King-level demonic origin and said, “How many of these do you have here?”

The waiter was stunned for a moment. Perhaps he recognized the two of them and he quickly said, “Please wait a moment. I’ll check the inventory.”

After only three seconds, the man reappeared in front of Han Fei and the others and introduced, “You two, we’ve got a total of 57 Merfolk’s Pearls in the Half-King realm here. How many do you need?”

Han Fei and Xia Xiaochan were dumbfounded. They looked at each other. F*ck, there were as many as 57 Demonic Origin Pearls that cost 1.28 million? This meant that 57 Half-Kings of the Merman Clan had died!

Xia Xiaochan was also stunned. She looked at Han Fei and said, “I don’t need that much, and we can’t afford it, right?”

Han Fei’s body began to heat up, and he immediately said, “No! Are we the kind of people who lack money? I have a total of 31 million. How many do you want?”

Han Fei knew how important this 30% was. He immediately said, “Buy!”

He looked at the waiter and said, “We want ten.”

The waiter’s heart did a flip. What a spendthrift. There were very few people who would buy a single piece of these resources, let alone ten. This person was really rich.

However, just the Half-King merfolks’ demonic origin pearls would cost 12.8 million. All the ultra-quality spiritual stones Xia Xiaochan had were not enough.

Of course, if Xia Xiaochan was willing to sell other things, it would definitely be enough.

However, how could Han Fei let her spend this money?

The waiter reacted quickly and said, “Please wait a moment.”

Then, in less than three seconds, he returned with ten jade slips in his hand.

At this moment, Han Fei was already holding a handful of jade slips. There were only two or three people shopping near Han Fei and Xia Xiaochan. When they saw this scene, they were dumbfounded.

Someone secretly exclaimed, “This guy is f*cking rich!”

A guy in the clothes of the Fierce Wind Pirates swallowed crazily. F*ck, how many people would I have to rob to buy these things?

Han Fei smiled. “Don’t panic. I know what I’m doing. The total number of ultra-quality spiritual stones on me and you is more than 40 million. And there are still 20 million on Song Kaiyuan’s side!”

Xia Xiaochan said, “Fortunately, we put the big starfish into the map. Otherwise, he wouldn’t have been able to walk.”

Han Fei smiled and said, “He hasn’t digested the power in his body yet… Now it’s not the time for him to covet these”

Han Fei and Xia Xiaochan chatted and continued to sweep the shelves.

They had only walked less than ten kilometers…

Suddenly, Han Fei’s eyes fell on one of the shelves.

On the shelf, it read:

Han Fei couldn’t move at all. A Sea Establishment realm tendon? This was a perfect match for his Void Lines!

Han Fei immediately waved at the waiter who was patrolling in midair just now. “Come here.”

Seeing that Han Fei wanted to buy something again, the waiter was shocked. This is a big customer!

Even though the service staff in the Martial Emperor City was required not to show their emotions, at this moment, he couldn’t help but feel his heart thump. After all, they got a commission for selling things.

Han Fei pointed at the azure dragon tendon and said, “Let me ask you, how many of this tendon do you have?”

The waiter immediately said, “Please wait a moment. I’ll be back soon.”

However, this time, he followed someone back.

It was a Half-King.

The Half-King said with a smile, “Sir, I’m No. 203. You can call me 203. Even in the inventory of our Martial Emperor City, there are only three Sea Establishment Realm Azure Dragon Tendons.”

203 seemed to understand and immediately smiled. “I wonder if you’re interested in those in the Half-King realm?”

Xia Xiaochan couldn’t help looking at Han Fei. “Are you going to make a fishing pole?”

203 said, “Mr. Han Fei, in fact, if you can accept the tendons of other creatures, such as the tendon of the Sea Swallowing Demon Whale, the tendon of the Mountain Sea Divine Turtle… If you can, we can provide you with a total of 21 tendons in the Sea Establishment Realm.”

Han Fei’s eyelids twitched. “Are their qualities similar to that of this Azure Dragon Tendon?”

Han Fei said, “Give me eleven.”

203 smiled happily. He flipped his hand and a string of jade slips appeared in his hand.

He said, “I’ll choose eleven of the best quality for the two of you. There are prices on them. You can take a look. When you pay the bill, you can check the real things. If you don’t like any of them, you can choose not to buy it.”

Han Fei was about to take Xia Xiaochan to continue shopping, when 203 said, “Mr. Han Fei, this should be the first time you’ve come to the Martial Emperor City. Perhaps you don’t know that if you spend ten million ultra-quality spiritual stones in our shop, you can get a 5% discount. If you spend twenty million, you can get a 10% discount. The upper limit is 30%.”

Han Fei’s eyelids twitched, meaning that it was most worthwhile to buy 60 million? The actual payment only needed 42 million!

How could Han Fei resist it?

Even Xia Xiaochan narrowed her eyes.

The two of them definitely had 42 million ultra-quality spiritual stones.

Han Fei had just taken two steps when he suddenly turned around and asked, “By the way, does your shop collect resources?”

203 immediately smiled and said, “Sure. Most of these resources were collected by us. In the Martial Emperor City, except for the auction house, the price of resource recovery is basically the same, with the difference of less than 10%. The recovery price offered by our super resource store is quite reasonable.”

Han Fei and Xia Xiaochan had already decided to spend 60 million here today. After all, although the things here were good, not everything was good enough!

After looking around, Han Fei found that there seemed to be a lot of materials in the Sea Establishment Realm here. How many kings had died? Uh, plus molting… However, how many times could a king molt in his life?

If he wanted to buy them all, hundreds of millions wouldn’t be enough.

As if knowing that Han Fei would summon him, 203 appeared in front of Han Fei in an instant.

Han Fei said, “Are there any maps here? It will be more convenient for us to find what we want to buy.”

203 smiled and said, “Yes. I didn’t show it to you before because most guests like to see products with their own eyes and don’t like to read the product catalog.”

Han Fei said, “You should have told me earlier! Give me the product catalog. How long will it take for me to check all the products one by one?”

203 was already prepared and handed Han Fei and Xia Xiaochan a jade slip each. Then, he quietly left without disturbing them.

When the two of them were quickly browsing the jade slip, their expressions kept changing. They were clearly shocked.

Han Fei said, “I found a treasure too.”

Han Fei said, “Me too. I found something better.”