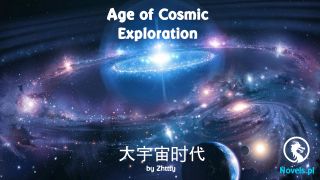 Han Fei was domineering. With his personality, he wouldn’t be bullied even in the outside world. As the Ninth Immortal Master, how could he be bullied by a group of Venerables?

At this moment, Han Fei looked at the old man coldly. As he said, if this old man couldn’t give him a good explanation, these people would be robbed when they left the Thunder Fire World.

Although the old man was a peak-level Venerable, he couldn’t resist Han Fei’s pressure.

He said slowly, “Fellow Daoist, we are from the Medicine King World. We came to the Thunder Fire City to participate in the Heavenly South Auction. Today, we saw this girl and knew that she was extraordinary. She might be qualified to join the Medicine King World or even our Heavenly Palace. Just now, we were just checking her aptitude.”

Han Fei sneered. “Do I need you to check Nian’er’s aptitude? Besides, how can you hurt my servant?”

The woman said in surprise, ‘This person attacked us first. We just checked the girl’s aptitude, but he acted as if we were going to snatch her.”

Han Fei looked back at Xiao Se, who said with a dark face, “No one is allowed to investigate Little Master.”

Han Fei said casually, “Have they done that?”

This time, before Xiao Se could speak, the woman said, “No. He sent a voice transmission to you the moment he attacked, and then you arrived. How could I have time to check her?”

Han Fei: “Then why did Nian’er say that you were taking her away?”

The old man said, “It’s just that this girl thinks we’re taking her away.”

Han Fei retracted his fierce stare and said leisurely, “This is just a warning to you. Don’t think that just because the Medicine King World belongs to the inner domain, you can do whatever you want. If you do it again, I’ll kill you.”

Han Fei secretly used the power of the Hundred Beast Soul Devouring when he said “kill”. How could the three of them resist it? Therefore, at almost the same time, the three people, including the white-haired old man, felt a tightness in their chest. A mouthful of blood was directly held in their throats.

The white-haired old man was shocked. What the hell is this? Judging from his clothes, this person is definitely not from the Thunder Fire World, but his strength is so strong. He is at least a Half-King.

Han Fei turned his head and smiled. “Nian’er, shall we continue shopping? I’ll show you around…”

Nian’er was still afraid of strangers. In the end, she glanced at these people from the Medicine King World, as if she still had lingering fear. A moment later, Xiao Se looked at Han Fei. “These people seem extraordinary. Is it okay to offend them?”

Han Fei chuckled. “Offend them? If it weren’t for the fact that this is Thunder City, they would be floating on the sea now. Besides, the Medicine King World belongs to the inner domain. The people of the inner domain have to return to the inner domain sooner or later. By then, we might have to borrow their route.” On the other side, the three of them were still in shock.

The woman said in horror, “Grandpa Xu, how strong is this person? He’s so terrifying.”

The young man also gritted his teeth and said, “Elder Xu, are we just going to let this matter go? If others know that our Medicine King was bullied on the street in Thunder City, they will laugh at us!”

The old man shouted, “That’s enough. Shao Fan, just because you’re a Venerable doesn’t mean you’re powerful. Although the Thunder Fire World is weak, its refining skills are unparalleled. There are many strong masters in Thunder City. If this person can make you vomit blood with a thought, he can kill you with a thought. You should be glad that you didn’t meet him at sea.”

The young man’s expression changed, but the woman was still scared. “This person’s killing intent is so strong. He’s probably not a good person!” The old man said indifferently, “How many good people do you think can reach the Venerable realm?”

Bloodline Ranking among the Clans in the Infinite Ocean: the 4,086,214th

As expected of a legend bloodline, Han Fei’s overall strength improved again. Not to mention that his ranking among the races in the Infinite Ocean had increased by nearly 800,000, his soul power had exceeded 200,000, and his perception power had increased from 80,000 to 100,000, which surprised Han Fei.

In the Venerable realm, his soul power could break through the 200,000 mark. That was wonderful!

In terms of strength, the bloodline devour this time increased his strength by about 500 waves.

After all, Han Fei had only swallowed bloodlines and hadn’t practiced any body-refining techniques. Now, looking at this information, it seemed to tell him that his potential was increasing.

At this moment, Han Fei felt that he had to find a great technique to cultivate as soon as possible.

The three body refinement techniques that he had just obtained from Thunder City were actually not suitable for cultivation in the city. After all, one was about refining weapons, one required him to be struck by lightning, and the other required him to be roasted by the Sun Essence Fire.

Han Fei needed a technique similar to the Ancient Desolate War Body or the Indestructible Body. As long as he had resources, he could cultivate it…

Of course, Han Fei needed to find another bloodline to devour. These different advanced bloodlines were indeed beneficial to him in all aspects. Han Fei glanced again. In the black mist of the Demon Purification Pot, the information showed:

Han Fei narrowed his eyes slightly. From the recommended bloodlines, the Ancient Azure Dragon, the Time Dragon Carp, and Little Black and Little White didn’t seem to be bloodlines that he could devour now.

Fortunately, he still had the blood essence of the Sea Controlling White Shell and the Ancient Essence Shell.

The bloodline of legendary creatures was only ranked around five millionth.

Now that he had swallowed the blood essence of a legend creature, his bloodline was ranked around four millionth.

The Sea Controlling White Shell was an ancient mutant. Although its level was not much better than that of the legends, it was still higher. Since the Demon Purification Pot had recommended him to devour it, there was no need to continue devouring the blood essence of other legend creatures.

When a phantom of a small shell appeared in Han Fei’s dantian, the words “In evolution” also appeared in the information. However, this time, it was 508 days. Han Fei narrowed his eyes slightly. It seemed that the higher the level of the bloodline, the longer it would take to devour it. And this was only the Sea Controlling White Shell!

As for the Ancient Essence Shell and the King Ba Crab, they were both powerhouses who had become kings. After being baptized by the Heavenly Tribulation, their life levels were much higher than those below the Venerable realm.

It would probably take even longer to devour them.

Han Fei couldn’t help but look at his Chaotic Qi. He really wanted to continue strengthening the Time Chain now. If the old turtle hadn’t reminded him that to become a king, he would have to consume a lot of Chaotic Qi, he would have used it long ago. Seven days passed.

Han Fei was sitting opposite Nian’er.

At this moment, Han Fei was teaching Nian’er all kinds of knowledge that almost drove Xiao Se crazy.

For example, Han Fei asked, “Nian’er, if you want to cultivate, what’s the best way for you to get resources?”

Han Fei shook his head. “No! It’s robbery. In the world of cultivators, the strong prey on the weak. If you have resources, many people will come to rob you. You can only count on people to restrain themselves when there are no bystanders. Good people sometimes become bad people, and bad people may sometimes become good people. So, don’t believe in good people.”

Nian’er asked, “Then… should we just rob anyone with resources?”

Han Fei said with a smile, “Of course not. Some people are weaker than you and aren’t very talented. They usually have nothing worth snatching. If you want to rob, you should rob those who are talented and have a strong background. Even if you rob these people, they can still earn the resources back. You’re just a small obstacle to their cultivation path.”

Nian’er said, “Oh… Will robbery involve life and death battles? Brother Xiao Se said that the outside world is filled with killing.”

The Time Dragon Carp asked Han Fei to take care of her child, but he soon denied everything that Xiao Se had taught Nian’er. At least, Xiao Se wouldn’t teach Nian’er to rob.

Over the past few days, Xiao Se had tried to interrupt Han Fei more than once, but was all stopped by Han Fei’s stare.

Han Fei was about to continue his lecture, when he heard the voice of Tian’er outside the door. “Guest, the Heavenly South Auction will begin in two hours. Do you want to go over now?”

Han Fei thought for a moment. He just wanted to take a look at the auction. There was no need to hide it.