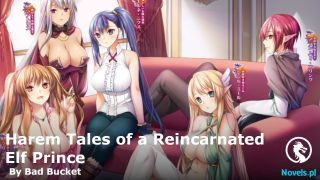 Not just Chu Qing and the others, even Jing’er was dumbfounded. Where did you get ten million kilograms of Spirit Awakening Fluid?

On the entire Scattered Stars Island, those who could and couldn’t see Han Fei… In short, every time Han Fei mentioned a kind of resource, they trembled in shock.

Han Fei had said that he donated all these resources to the million soldiers on the Scattered Stars Island!

What did donate mean? It meant that they were given away for free!

Big Yellow was shocked and meowed. “Han Fei is too stingy. He donated ten million kilograms of Spirit Awakening Fluid but only gave me a hundred kilograms? No, I’m going to find him…”

Jiuyin Ling knocked Big Yellow’s head with a hand. “Don’t bother him. What you asked for is for your cat sons and cat daughters to improve their physique. But Han Fei’s resources are for millions of human beings. They can’t be wasted.”

He Xiaoyu seemed to be used to Han Fei’s unusual style, so she was just excited.

However, her teammates were all dumbfounded.

The armorist sighed. “Marshal Han is so domineering! He retorted a Venerable into speechless and forcibly claimed resources from them. He’s too domineering.”

The manipulator covered her face. “I love him! I love him! Marshal Han is a real hero! And he’s so damn rich.”

The spirit gatherer swallowed crazily. “I didn’t know that a person could be so rich!”

He Xiaoyu spat. “Continue to consolidate your cultivation foundation. We’ll return to the team in three days.”

Under the gaze of millions of people, Han Fei immediately shouted, “Where is the commander of the Logistics Division?”

An intermediate Explorer strode over. He was completely dumbfounded just now.

Han Fei said that these resources were accumulated over more than ten years. He had scoffed at it at first… But now, he was overjoyed.

All the resources were reserved for their own use. How could he not be happy that Marshal Han offered such great benefits on his first day in office?

When he was on the Scattered Stars Island before, he was still weak. He had seen some ordinary deputy commanders, who could be peak-level Hidden Fishers or Law Enforcers.

However, the leaders of each large division couldn’t be weak. Otherwise, what if something big happened?

However, these people generally didn’t show up.

But now the Ten Thousand Demon Valley was different from before.

And the Scattered Stars Island certainly couldn’t lag behind!

However, in comparison, even if all the high-level forces of the Scattered Stars Island were deployed, they were still much weaker than the Ten Thousand Demon Valley.

The man flew close and shouted, “I am the inspector of the Logistics Division, Wang Lin. Greetings, Marshal Han.”

Han Fei looked at him casually and shouted, “Wang Lin, lead the commanders, deputy commanders, and important members of the four Logistics Divisions on the Scattered Stars Island to cross-check the resources I donated and put them into warehouses in batches. If any mistake is made, you’ll be subject to punishment.”

Wang Lin shouted, “Yes, Master Han, if anything goes wrong with this batch of supplies, I, Wang Lin, will definitely cut my own head off.”

Han Fei said again, “Wang Lin, remember my words. Even if the amount of the resources the big clans submit is one low-quality pearl less than the resources I donated, tell me.”

Wang Lin sweated. What else could he do except for saying yes?

Compared to the big clans, he was more interested in the resources in front of him. He had seen a lot of money!

Were the resources Han Fei donated much?

Of course, there were a lot of them, but it was not enough to make Wang Lin excited.

What really shocked Wang Lin was the amount of Spirit Awakening Fluid Han Fei had. How many Undersea Chimneys had he robbed?

Even the reserve of Spirit Awakening Fluid at the peak of the Scattered Stars Island was not as many as ten million kilograms!

Just the Thirty-Six Towns and the Thousand Star City alone consumed a total of 2 million catties of Spirit Awakening Fluid every year. In addition to the daily exchange consumption of the Scattered Stars Island, the amount of Spirit Awakening Fluid consumed each year was as much as 5 million catties. Therefore, every year, they had to compete for the Undersea Chimneys.

But Han Fei had casually thrown out the amount required in two years, which was a shocking amount!

However, only the Venerables knew that the Spirit Awakening Fluid was nothing more than sea water containing the Dao runes. It wasn’t anything good.

However, people in different realms had different visions.

Spirit Awakening Fluid was basically a treasure for people below the law enforcer realm.

At this time, Han Fei looked at Tian Heng. “Humph, Tian Heng, do you still think I’m greedy? Do I deserve to be the commander?”

Tian Heng was already sweating. F*ck, is Han Fei crazy to donate so many resources? And where did you get so much money?

Tian Heng gritted his teeth. If Han Fei wanted to win people’s support with money, he had already succeeded. He could almost imagine what the million soldiers on the Scattered Stars Island would think seeing him donate so many resources for free.

He couldn’t say it was wrong for Han Fei to donate so many resources. If he still blocked the way of the millions of soldiers, he would probably be torn apart by the gazes of countless people.

Tian Heng gritted his teeth. “I will keep an eye on this matter.”

Han Fei sneered. “Who do you think you are? When is your turn to keep an eye on it? The Command Center is in charge of commanding battles not supervising. Everybody knows where I am from. You just need to behave yourself.”

Then, Han Fei shouted, “Where is Zhang Teng from Scattered Stars Prison?”

Zhang Teng flew to the sky and bowed his head. “Marshal Han.”

Zhang Teng’s heart did a flip. F*ck, why me? Doing this job will easily offend people. You son of a b * tch, you must be taking revenge on me.

A new unit was set up to supervise the entire island. Besides, the big shot of the Scattered Stars Prison would be in charge of this new unit. Who wouldn’t believe it?

Tian Heng’s face alternated between green and red, and he could only step back.

Han Fei solved all the questions that Tian Heng raised with one move. When the questions turned into suspicion and died down, there would only be gossip left, which would become an extremely mysterious topic in the carnival shops and derive various strange stories.

Han Fei looked at Chu Qing with a smile, knowing that it was impossible for them to retreat.

The remains of a king were like the Sea Quelling Painting and the entrance to the Heavenly Palace. In their eyes, they were extremely important, far from what so-called resources could compare to.

Even if these big clans went back on their word and became public enemies, they would definitely take action. In that case, they had to give him the resources. If they didn’t, they would become the public enemies of the entire Scattered Stars Island and the 36 towns. After all, the supply of the Scattered Stars Island and the 36 towns would remain unchanged and might even increase.

In the long run, the foundation of the 36 towns would only become stronger and stronger. And the ordinary people of the Thousand Star City could come to the Scattered Stars Island through selection. Only the strength of the big clans would decline.

Even the big clans had a lot of Star Beads. However, the Star Bead secret realm was only suitable for exploration. How could it be as valuable as the Scattered Stars Island?

Yang Kun shouted, “Han Fei, if we leave and the sea demons attack again, how can you resist them?”

Because Ye Kai had been tricked by Han Fei just now, Yang Kun didn’t dare to speak telepathically anymore and simply said it out loud.

However, the people of the Yang family were simple-minded and brawny. So what if they had become Venerables? Han Fei had never taken them seriously.

Han Fei’s voice echoed between the heavens and earth, “The big clans didn’t make any contributions to the Scattered Stars Island. In the battle at the Sea of Pearls yesterday, Sun Baisheng failed to hold back the Sea Demon Venerable and almost caused immeasurable losses. If you can’t do anything, what’s the use of keeping you?”

Sun Baisheng’s face flushed red. “The enemy is too strong. It’s normal that I was caught off guard and failed to hold him back.”

Han Fei suddenly burst into fury. “Shut up. Tens of thousands of people were almost killed because of your carelessness. Who dares to use you? There are many strong masters in the big clans in the Thousand Star City. Which family doesn’t have an intermediate Venerable? Why did they send you over? If I take action, I can kill you with three punches. How do you deserve to be called a Venerable?”

On the field, countless people felt their blood boil as they listened.

Sure enough, those who could become a marshal were all extraordinary figures. Han Fei, as an Explorer, wanted to kill a Venerable with three punches. F*ck, wasn’t this a fantasy?

However, everyone believed him, even including Sun Baisheng. He didn’t dare to answer Han Fei’s question, fearing that Han Fei would fight him to the death.

Someone below said, “Exactly. How does he have the nerve to call himself a Venerable? He almost killed countless people.”

Han Fei sneered. “The big clans are too weak compared to the seven major sects in the Thousand Star City. In the battle yesterday, Patriarch Six Swords, Elder Bingyun, and Venerable Sword tried their best to protect the territory of the Scattered Stars Island and made the sea demon Venerable unable to go any inch further. They were much more useful than you guys!”

Patriarch Six Swords, Elder Bingyun, and Jian Sanqing looked at each other and felt that it was possible. By doing that, not only could the strong masters of the seven sects enter the island, but they could also be on good terms with Han Fei. Why not?

Originally, the relationship between the seven major sects and the Thug Academy wasn’t that bad.

Besides, Han Fei had a deep relationship with the Heavenly Sword Sect. Now that Han Fei was in charge of the Scattered Stars Island, shouldn’t he be friendly to the seven major sects?

Instantly, Patriarch Six Swords walked out of the void and said seriously, “Alright. In at most a day, the seven sects will definitely send an envoy.”

In the distant void, Ning Jing watched this scene the entire time and couldn’t help patting her chest. She was startled. Han Fei could handle so many Venerables?

What a glib tongue he had! These Venerables combined couldn’t beat him in eloquence…