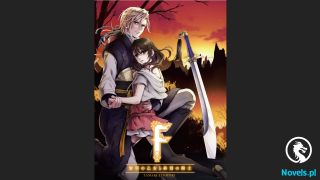 As soon as Ning Jing entered this place, her nerves tightened. “What a powerful seal.”

Han Fei glanced at Ning Jing. Her aura had quickly dropped from the Venerable realm to the Demonization realm. It was no wonder she looked tense. If someone attacked her at this time, the consequences were unpredictable.

However, Ning Jing was only slightly surprised before she breathed a sigh of relief. “It’s not a complete suppression. My realm is suppressed, and some of my physique power can’t be used. However, my characteristics as a Venerable are still there. I can still revive with blood, and my physique isn’t weak to the Demonization realm.”

Han Fei also felt that the power of his physique, except for its own specific hardness, had all disappeared.

However, Han Fei didn’t panic at all.

If he guessed right, his current physique should be stronger than Jing’er’s.

For those who didn’t walk the path of body refinement, after entering this place, not only had their realm plummeted, but even their physique had dropped by two levels.

Entering this place, Han Fei was about to ask how to get out, when he saw that the Leafless Tree with only two branches was still here.

With that said, Qianshu waved her vine-like hand casually, and the two branches snapped. Qianshu handed one of the branches to Han Fei and said, “With this branch, you can open a path to the demon forest in the nearby areas.”

Han Fei said, “Senior Qianshu, you have to be careful guarding this place. The sea demons also have a way to enter this place! Although they’re only in the Demonization Realm, they once broke several branches of Senior Leafless in a row.”

Han Fei was relieved to hear that.

However, he thought for a moment and said, “In fact, it doesn’t matter even if you let them go to the Water-Wood World! The Cloud Sea Divine Tree has so many strong masters. They can easily squeeze them to death!”

Ning Jing said, “It’s just a few sea demons.There’s no need to trap-kill them. Besides, this is your business, not our Water-Wood World’s.”

Ning Jing said, “This was arranged by the queen. There’s no need to say anything.”

Qianshu must know the Leafless Tree very well, so he picked up a branch, and green light bloomed in his hand. The small branch broke through the air as if hitting through the sky, and a gap appeared.

Seeing this method, Han Fei’s heart did a flip. Although Qianshu looked very gentle and had taught for so many years, in terms of technique, he was more direct and violent than the Leafless Tree. Of course, it was not hard to imagine that the Leafless Tree had been here for too long and lost some of its vigor.

Han Fei didn’t take it seriously. He exchanged a glance with Ning Jing, and the two of them disappeared into the passage with a swish.

The moment he went to sea, Han Fei scanned the area with his perception. Because the range was not large, nothing special happened. This place was close to the Ten Thousand Demon Valley, about a hundred thousand kilometers away. It was not rare to see ordinary sea demons hunting treasures.

Even Ning Jing couldn’t extend her perception to the Ten Thousand Demon Valley at once.

However, Ning Jing frowned slightly and looked in the direction of the Ten Thousand Demon Valley. “There’s the remnant aura of a sea demon Venerable. In that direction, there’s a strong demonic Qi. It should be the place where sea demons gather. Are you going to destroy it?”

The corner of Han Fei’s mouth twitched. “No rush! I just came back and don’t know what’s going on. If that place is still the one I know, it won’t be difficult to destroy it. So, no rush.”

Han Fei turned his head and said, “Let’s go in that direction. It’s a beautiful sea area called the Pearl Divers’ Port. The coral reefs extend for a hundred thousand kilometers, and pearl divers come to search for treasures every day. Let’s take you there.”

Han Fei’s lips curled. “When the number of any creature reaches a certain amount, it will be different. Just take a look.”

In fact, he was just passing by. He would take Ning Jing around and inspect around by the way.

The two crossed the void.

With Han Fei and Jing’er’s speed, even if they walked slowly, it would only take them several hours to walk three or four hundred thousand kilometers. If they walked fast, it wouldn’t even take them an hour.

When Han Fei saw the Sea of Pearls, he couldn’t help but sigh. I’m finally back.

Sure enough, east or west, home was the best.

However, Han Fei scanned around with his perception and found that something was wrong. There were very few pearl divers today, but there were many guards around. There were as many as ten law enforcers.

Seeing that many coral reefs had signs of damage, Han Fei thought to himself, Not good, did something happen to the Sea of Pearls?

Ning Jing said in surprise, “Ah! This place is very peaceful. However, there are strange buildings emerging from the sea in that direction. What is that?”

Han Fei’s heart did a flip. Is Jing’er’s perception range so big? From her current position, she should be more than 50,000 kilometers away from the Pearl Divers’ Port.

Han Fei said, “That’s one of the human settlements. Let’s go and take a look.”

As soon as Han Fei landed, he found that there were not many people at the Pearl Divers’ Port.

As the main source of revenue for the Scattered Stars Island, the Pearl Divers’ Port had so few pearl divers, but so many guards.

Before, Han Fei wasn’t strong enough, so he didn’t know how many explorers there were on the Scattered Stars Island.

At this moment, Han Fei’s real strength had reached the level of a Half-Venerable, and the strength of his soul had even exceeded that of a so-called peak-level Explorer. Therefore, with just a slight perception, he found that something was wrong.

Ning Jing said, “Well… I think something might have indeed happened here. In the east of me, blood Qi is soaring. A great battle must have broken out.”

Having no time to care about the Pearl Divers’ Port or enjoy the scenery, Han Fei tore the void and stepped in.

A storm was brewing.

At this moment, there were more than 50 battlefields of various sizes all over the island. This was a full-scale attack on the island, which seemed to have been going on for several days.

The battle on the coast of the Scattered Stars Island was fierce.

In the sea a little further away, countless hunters of the Pioneer Group hid in all directions and attacked at any time, hoping to kill them with one blow.

The Trans-Island Inspectors were swamped. Above the Scattered Stars Island, they had no time to slow down but ran at full speed.

In the sky, the fishing boat flew past, and a captain roared, “Come on, come on, help the Inferno Beach. It’s full of scorpions there.”

Someone in midair stopped them and shouted at the team, “No matter which squad you are from, leave half of you to me. The Path of Giants needs reinforcements.”

The captain roared, “Nobody is available. Our squad has been borrowed with two batches of people. You can go to the Command Center to apply for reinforcements.”

The man shouted, “Nobody available?”

Seeing this, the captain immediately took a breath. “Old Wu, you know the Path of Giants best. You have fought there for more than three years. Remember not to die.”

In the team, a middle-aged soul warrior took a deep breath. “Okay, I’ll go. Come on, reinforce them.”

On the Scattered Stars Island, the five Command Centers had already exploded.

This was because there were too many people seeking reinforcements.

For this reason, Xue Shenqi specifically emphasized that any major decision made by the Command Centers must be confirmed by their superiors before it could be carried out. Once there was an issue that was difficult to resolve, no matter how urgent it was, they must report it to the Command Center.

Of course, this was just the situation on the Scattered Stars Island.

On the coastline, a large number of spare soldiers were rushing to the east and being transferred away one wave after another. This showed that the Scattered Stars Island was not the most difficult one. After all, there were still spare forces that could continue to fight.

However, on the west side of the Scattered Stars Island, in the outer sea area, the battle situation was much more complicated.

Here, only on the human side, there were more than 2,000 Hidden Fishers, more than a hundred Law Enforcers, and more than ten Explorers. They were fighting frantically.

There were more than twice as many sea demons as humans.

The battle was so fierce that the blood was rolling, the tides were surging, and the sea was almost dyed red.

Someone was fighting two alone and was pierced by a harpoon. Seeing that he had no chance of survival, the long sword in his hand flew out and he leaned forward. “Explode!”

Song Yi was the captain of a five-person team. As a manipulator, there were only her and a spirit gatherer left in the team.

The other three, armorist, soul warrior, and hunter, had all died.

Not far away, at least three squads were fighting hard, raising tides in an attempt to rescue the two of them. However, dozens of Half-Mermen surrounded the two of them but didn’t kill them, so as to lure more humans over.

A giant water man came out of the water and attacked, causing the spirit gatherer in a team to have his internal organs shattered and die.

In such an intense battlefield, after the spirit gatherer died, the time for other people to fight became limited. However, there were so many sea demons that rushed forward one after another…

Having no choice, a team could only rush over frantically.

But as soon as she said this, a harpoon swept out and a big whale attacked. The Sea God Strike swept across, and the team was instantly killed.

Next to Song Yi, the spirit gatherer shouted, “Song Yi, blow ourselves up. Otherwise, we will become their bait to lure and kill our companions.”

All of a sudden, a Half-Merman broke through the water, holding double spears. Because he was too fast, he penetrated the two of them in an instant.

The other Half-Mermen around were all shocked to see him. This Half-Merman had an extraordinary background and was said to be a Heavenly Talent from the Royal City. His strength was indeed not to be underestimated.

The Half-Merman smiled. “Humph, you want to blow yourselves up in front of me? Listen to the howls of human beings. Human beings will die out sooner or later. The Sea Clan is the master forever of this vast sea area…”

While the Half-Merman was holding the two of them and exclaiming proudly, a voice suddenly sounded.

“Master forever? Go to the Netherworld!”