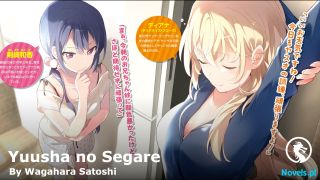 Han Fei had been in the Water-Wood World for almost three years.

Except for the few days before he came, Han Fei stayed here to transcend the tribulation. After that, Han Fei didn’t spend much time in the Cloud Sea Divine Tree.

To be honest, Han Fei was still not familiar with the Cloud Sea Divine Tree. He was still amazed by what he saw.

In the area below the Cloud Sea Divine Tree.

The old treeman named Qianshu was still in class, but the students had probably changed.

As soon as the class started, they were already chattering nonstop.

A bug kept buzzing. “Grandpa Tree, I heard that Uncle Han Fei challenged a king in front of the Dark War Port a while ago. Is this true?”

A little treeman was also curious. “Grandpa Tree, I heard that Beimu, the Heavenly Talent of the demon plant family, was defeated by the sea demons?”

Three Golden Feather Sparrows hopped and chirped, “I heard that Han Fei is from the Sky Clan.”

One of the Golden Feather Sparrows said, “Then why? I heard that he is not good-looking? He must be from our Sky Clan.”

A human girl snorted. “That’s impossible. He’s just not that good-looking. A few ugly people had already come to our Star Fire Division three years ago.”

In the human race’s settlement, the Star Fire Division.

On a leaf of the Cloud Sea Divine Tree, a boy sneezed hard. The boy frowned. “Did I sneeze?”

Next to him, a valiant-looking girl asked, “Xing Yue, what’s wrong?”

Xing Yue shook her head slightly. “Nothing. I just sneezed.”

The youth who woke up later said, “Our strength is too weak, but Senior Brother can already kill a great demon at the peak of the Dao Seeking realm with one punch. His strength is obvious. The top priority now is that we can’t hold Senior Brother back.”

On the leaves, a petite, silent but adorable girl snorted. “Su Sanqian, go to the Cave Sea.”

Su Daiji said, “All the more reason to go. When I become a Venerable, I’ll beat the hell out of all of the Senior Brother’s enemies.”

If Han Fei were here, he would be surprised. The five of Su Daiji, who had been taken away by Diwu Weiguang, were actually living on the Cloud Sea Divine Tree.

If he stayed in the Cloud Sea Divine Tree for a longer time, he would probably meet them. Although there were too many humans, his junior brothers and sisters were too famous!

As long as Han Fei came to this clan, he would definitely meet them.

There was no telling whether it was intentional or purely coincidental, but since Han Fei didn’t meet them, no one had mentioned this to him.

However, Su Daiji and the others knew very clearly that Han Fei had already reached the level of challenging a king in the Water-Wood World.

Han Fei, on the other hand, was grim.

This was the second time he had come to the Demon Forest Channel in three years, but once again, he heard someone commenting on him.

This time, the teleportation array lit up, and everyone’s eyes were immediately attracted. They thought to themselves, Who will disturb us during class?

But immediately, everybody exclaimed in shock, “Han Fei! He is Han Fei!”

For these children, Han Fei seemed too special. Therefore, they could recognize him at a glance.

Han Fei frowned, and many people covered their mouths.

The insects hooked their mouths with their claws, the treemen blocked their faces with their branches, and the sky clan covered their entire bodies with their wings. Only the human youths were dumbfounded.

There was also a young man who bowed in shock. “Greetings, Messenger Jing.”

It was not until this moment that everybody finally came back to themselves and said, “Greetingsu, Messenger Jing.”

Seeing that Jing’er and Han Fei had arrived at the same time, the old treeman seemed to have foreseen something and said slowly, “Kids, today’s class is dismissed in advance. You have one day off.”

On a normal day, when it came to holidays, everyone was overjoyed. But these few days, they wanted to stay longer.

However, they were all sensible children. Seeing Han Fei come, they already knew what Han Fei wanted to do.

Besides, last time Han Fei came here, he said that the human race of the Yin-Yang World was at war. Therefore, in the following classes, the old treeman also mentioned a lot.

A human youth immediately reacted. “I hope that Lord Han Fei can defeat the sea demons and revive our human race.”

A girl’s eyes glittered. “I hope that Master Han Fei can become a king soon. Hope you can sweep the sea demons and end the war.”

For a moment, the human youths were chattering. Although they were still immature, their expressions were quite serious.

In the Water-Wood World, the human race was declining. The four races lived in the Cloud Sea Divine Tree. Although the atmosphere was harmonious, they were ultimately grass without roots. In order to survive, the humans here gave up many things that humans should have had. They didn’t even know what land was.

Although this price brought them the advantage of being handsome and beautiful, it made them evolve into another human race…

Fortunately, it hadn’t been long, so the characteristics of the human race were still greatly preserved.

Han Fei nodded slightly. “Okay! When I return to the Yin-Yang World, I’ll flatten the sea demons. When the human race rises again, I will come back.”

Jing’er nodded slightly. “Qianshu, Leafless has been there for more than ten thousand years, right?”

Qianshu said leisurely, “It’s been more than 12,000 years. He should have received enough punishment.”

Han Fei clicked his tongue. This was a demonic plant. It could easily live for more than 10,000 years.

However, hearing that Leafless was being punished, Han Fei couldn’t help being curious. “Was Senior Leafless ordered to guard the demonic plant channel as a punishment?”

Han Fei raised his eyebrows. This punishment was quite harsh. More than ten thousand years! Three times the lifespan of an explorer.

Qianshu said, “I was also involved in what happened back then. From now on, it should be me guarding there.”

Qianshu said indifferently as if he had been preparing for this for a long time. Thinking of the fact that Qianshu, as a peak-level Explorer, or even a Half-Venerable, was only teaching here, Han Fei seemed to understand a little.

However, this was none of his business.

Queen Life might not take it seriously, so Han Fei didn’t ask further.

Jing’er said, “It’s been such a long time and the punishment on Leafless is enough. Then let him out! It depends on you whether or not this Demonic Plant Channel can be opened.”

Han Fei thought to himself, When I don’t have the power to resist a king, I won’t open this demon forest channel! Unless you guys help me.

Han Fei said, “That’s easy. I’ll open this road when I preside over the Yin-Yang World.”

Han Fei didn’t give a clear answer. When Han Fei could preside over the Yin-Yang World, he might have become a Half King or even a King.

In Qianshu’s view, he might have to guard the channel for thousands of years. Therefore, he had long been prepared to sleep in the demon forest channel for a long time.

The roots of Qianshu left hundreds of spots in the air. The strange patterns combined and lit up the ancient teleportation array not far away.

With a dazzling strange light, the teleportation array opened, and a dry branch slowly extended out.

Qianshu: “Leafless, it’s been more than ten thousand years. You can come out now.”

The old voice of the Leafless Tree echoed, “Thank you, my queen. I know I’m sinful. Now that I’m out, shall I teach here like Qianshu?”

After hearing Queen Life’s words, Han Fei saw that after the dry branch extended out, the surrounding spiritual energy gathered frantically. Then, the dead vine expanded and grew a large branch. The green leaves covered the place at a visible speed.

After a while, the Leafless Tree appeared.

However, the Leafless Tree looked completely different from the one he saw in the demonic forest channel.

If the Leafless Tree in the demon forest channel was a sallow tree that was about to die, the one in front of him seemed to be a young tree with lush leaves.

Han Fei felt that the Leafless Tree’s aura began to soar crazily. It went from the Demonization Realm to the Sea Demon Realm in an instant, then to the Sea Spirit, and then to the Explorer. He didn’t even need to transcend the tribulation.

His strength was still soaring.

Queen Life bestowed an Immeasurable Fruit and injected some spiritual spring into it. Then she continued, “Stay at the Half-Venerable realm. Don’t make a breakthrough. Suppress your strength so that you can make a breakthrough in combat.”

After that, Leafless looked at Han Fei. “The Yin-Yang World is in danger. Go back early.”

Leafless said leisurely, “Have you forgotten who sent you out back then? Although I can’t investigate much, something might have been dug out at the Demon Forest Channel, which is where you went out before. The noise was too loud, so I went out to take a look.”

Han Fei asked eagerly, “Do you know what happened?”

The Leafless Tree’s branches trembled. “I don’t know. However, since the sound can reach the Demon Forest Channel, it must be very loud.”