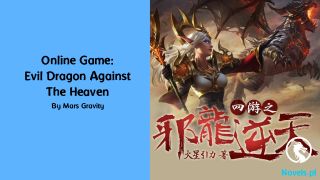 The girl was too shocked to move. “Wait a moment. What did you say? You’ve already sealed it? How did you do it? Where is your saber?”

The other people were shocked too. We haven’t finished discussing yet, yet you are done sealing the soul?

Seeing that everybody was staring at him, Han Fei extended his hand and a saber appeared.

The girl was shocked. “Wait a moment, you have claimed the weapon for yourself?”

Han Fei smiled casually. “I’ll be admitted sooner or later. An ultra quality spiritual weapon seems like an appropriate congratulation gift to me, doesn’t it?”

The girl was completely stupefied.

One month? It took this guy only one month to become a three-star refiner?

How could it be so fast? He just bought the books on refining a month earlier? Was this man really a once-in-a-hundred-years genius in refining?

Most importantly, didn’t it mean that she would only be the third most talented refiner in the future?

The girl instantly stomped. “No, I have to become a four-star refiner faster than he does. That’s right. I must be faster than him.”

The seven-star muscular man took off his mask. Han Fei had passed the test no matter how, and it meant that he was already a member of the Fourth Unit.

Next, the other people revealed their faces too except the girl, who covered her face even more tightly with the mask.

“Han Fei will be a member of the Fourth Unit in the future. You’ll have to take off your mask sooner or later, won’t you?”

“No, I won’t. I’ll keep wearing the mask forever.”

Han Fei was instantly lost for words. He couldn’t keep up with the girl’s line of thinking. Did she want to meet him under a mask all the time?

All of a sudden, Han Fei looked at the girl. “You’re the girl who wrote “Quick Guide For New Refiners” and sold it to me?”

“Ahhhhhh! Guan Qingyan, for once, can you keep your mouth shut?”

The girl took off her mask and looked at Han Fei angrily. “Yes, I am. Were you enlightened by my book?”

Han Fei paused for a moment. “Ah! I forgot that I bought the book. I haven’t read it yet!”

Mu Jia’er instantly burst into a rage. Do you have to say that you never read the book? Can’t you just pretend that you did? Why are you so insensitive?

Han Fei didn’t talk to the crazy girl at all. He realized that the girl had felt familiar to him only because she was Mu Jia’er who was said to be a genius refiner.

At this moment, while the girl breathed heavily in fury, Han Fei greeted the other few people.

The middle-aged muscular man he thought to be wasn’t really middle-aged. He seemed no older than thirty and was still vigorous.

Guan Qingyan, the cold young man, looked at Han Fei curiously. “How did you do it?”

Guan Qingyan asked again, “You sealed a creature in only twenty seconds. How did you do it?”

Han Fei had already thought of an excuse. He said, “It’s simple. I only needed to stick my saber to its head and propose two scenarios to it: firstly, it will die if it doesn’t turn into a weapon spirit; secondly, it can be immortalized if it turns into a weapon spirit. What do you think it would choose?”

Everybody was stunned for a moment, wondering if Han Fei was bragging. If it were simple as that, couldn’t all refiners seal souls?

Guan Qingyan, deep in thought, asked in confusion, “How do you communicate with sea creatures? Do you have a secret technique of communication? Or…”

Suddenly, Guan Qingyan seemed shocked. “Do you have a secret technique of communication that’s been passed on in your family?”

Han Fei himself was stunned. This young man was really creative! The reason he came up with was even better than the one Han Fei was about to say.

Han Fei was going to say that he could bewilder sea creatures with arrays and let them make the wrong choice. However, this young man had come up with a much better alternative.

Guan Qingyan said solemnly, “Were your ancestors an ancient family of refining from the Thousand Star City?”

“Not exactly. My family has lost all its splendor, and my father even relocated to a village. It’s not an ancient family at all. However, the bloodline is something intriguing. I’m told that my special ability often skipped generations. I didn’t realize that I had such an ability until several months ago.”

While talking, Han Fei laid his hand on Guan Qingyan’s shoulder. “Right, that’s my secret. Please don’t tell anyone else.”

All the others were stunned, including the seven-star specialist, who couldn’t help but ask, “Is there such a bloodline?”

Mu Jia’er said angrily, “That’s impossible! I’ve read all the history and anecdotes on refining, but never have I seen such an unbelievable bloodline. Uncle Bei Huo, don’t be tricked by him.”

Han Fei shook his head with a smile. “You’re just too shortsighted. How can you possibly know all the history of refining which has developed for more than ten thousand years? Not to mention that many things were already lost in history and weren’t passed on at all. How can you know them? On the other hand, didn’t you say that you became a three-star refiner in only half a year? Did you have the time to read so many books?”

Blushing, Mu Jia’er bashed her chest and stomped. “I-I-I only spent half a year on that. All the time I spent earlier was used to fully understand all the knowledge.”

Han Fei mimicked her tone. “Y-Y-you don’t know that every living creature can talk and think? You honestly believe that they’re brainless? Don’t underestimate other creatures…”

Mu Jia’er said angrily, “You’re saying that I have a stammer again…”

Han Fei opened his hands. “Did I?”

Han Fei shrugged. “That’s just your understanding. It has nothing to do with me.”

Han Fei stuck out his tongue. “Don’t be anxious, or you might start saying ‘y-y-you’ again…”

The middle-aged muscular man shook his head helplessly and said, “Bloodline power is something that can’t be verified. However, the Scattered Stars Seven Units only recruits Heavenly Talents, and Han Fei has proven his talent in refining with his seamless work.”

This Uncle Bei Huo clapped his hands and said, “Everybody, time to meet your new colleague!”

After Bei Huo’s roar, some ten people walked out of the hundred chambers.

Yes, although there were so many chambers that illuminated the underground cavern, only about ten people came out.

Someone smiled. “A new member. What a surprise. Boss Bei Huo, is the newcomer good?”

Someone welcomed him, “It’s been a long time since we welcomed anyone. Hello, my name is Gu Nan.”

A girl, whose arms were naked, said, “Hey, an advanced Dangling Fisher! He must be as good as Jia’er and Qingyan!”

Someone nodded. “He’s so young. Has an unparalleled Heavenly Talent come to the Fourth Unit?”

Those people greeted Han Fei and introduced themselves while they gathered around.

Two of them were girls. One of them was voluptuous and mature, and the other was rather plain-looking.

The mature woman asked, “Little brother, do you mind dating someone older than you?”

Han Fei instantly began to sweat. Is this how you usually greet each other? Who can possibly deal with that?

Mu Jia’er said with her cheeks puffed out, “Sister Qingqing, don’t be deceived by what he looks like.”

Xie Qingqing giggled. “Oh? Jia’er, are you interested in him? Fine, I won’t compete with you.”

Mu Jia’er’s face became completely red. “W-W-W-Who will possibly be interested in such a bragger?”

Someone smiled. “Jia’er, it’s fine to admit. He’s one of us now. There will be plenty of chances to get him.”

Uncle Bei Huo coughed heavily and pretended to be angry. “Everybody, be nice and don’t let the newcomer laugh at us.”

Unfortunately, Uncle Bei Huo was too friendly-looking to frighten anyone. Nobody really listened to him. Han Fei couldn’t help but wonder what kind of department he had come to.

Bei Huo said, “Well… Han Fei, as you have seen, the Fourth Unit actually has a lot of members, but everybody is free, so not many of them are here at present. Let’s introduce you to them…”

Five of the strangers went back to business after their self-introduction, and the other people, who were more socially active, were still around Han Fei.

Xie Qingqing asked, “Boss, did you forget to change his badge?”

Bei Huo picked up his badge and spoke to it. “A new member named Han Fei has joined the Fourth Unit. He’s a three-star advanced Dangling Fisher at this moment. I request to add stars for him.”

Xie Qing said gloomily, “Simple? You’re probably the first to feel that way. Not everybody can be admitted by the Fourth Unit, and one additional star is a little reward for being able to seal souls. Look at Jia’er. She came six months earlier than you did, and she already has five stars. You have the fewest stars in the Fourth Unit even with the additional star.”

Hearing that, Mu Jia’er’s eyes glittered. “That’s right! You have the fewest stars! So, you’re my junior brother.”

Han Fei was lost for words. “Wait a moment! Where is that from? I think we’re colleagues at most, aren’t we?”

“You’re exactly my junior brother. You are the newest and have the fewest stars.”