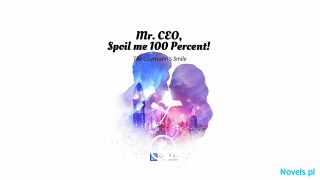 “No, no way. Did I kill a person?” The student with the bow trembled and turned pale. He never experienced such a thing and thus was overwhelmed with fear.

The other students from Zhengde High School looked at each other, at a loss for what to do. They didn’t expect to meet other people on the uninhabited Island.

Moreover, with the other party’s stealthy and silent conduct, it’s not strange to mistake them for a wild beast.

In an instant, five or six figures appeared in the distance. They were very fast. Shortly after, they arrived in front of Xia Ping and company.

A bald, middle-aged man with an arrow lodged in his right arm, blood flowing down his arm, and a ferocious appearance swept the students with his gaze and roared: “Who was it? Which bastard dared to shoot me with an arrow? Do you want to die, you son of a bitch? Tell me, do you want to die?”

He bellowed. As if a tiger roaring, he unleashed raging sound waves and displayed the tyrannical strength of an 8th layer Martial Apprentice. Han Shan and the others were overwhelmed at once.

What overwhelmed the students was not only the other party’s loud voice, but also the realization that these people are not good people. They are wearing red sleeveless shirts and bulletproof vests, which expose their rippling muscles and ferocious tattoos.

Most importantly, they are armed with guns and grenades. They are heavily armed and have a fiendish air about them. Obviously, they have killed people before.

Compared with ordinary martial artists, these people obviously have an unusual ferocity.

Xia Ping’s eyes flickered. He also felt that these people are no ordinary people. In fact, they seem more ferocious than the gangsters from Blackmoon City. Furthermore, they give off a feeling of outlaws.

The student with the bow trembled and said, “I, I didn’t mean to.”

With a thump, the bald, middle-aged man stepped forward and slapped the student, slamming him into the ground. Even one of his front teeth mixed with blood flew out. From this, one can imagine the power the slap packed.

“If sorry were of use, why the fuck would you need the police for?”

He stared at the student lying on the ground and smiled coldly.

The students from Zhengde High School were scared half to death. This is the first time they met such a fierce character who attacked without demur.

“You went too far.” As the boss of this group of students, Han Shan summoned up his courage, stared at the bald man, and put forward his objection.

In an instant, one of the men raised a laser gun and shot Han Shan in the thigh, and blood splashed about.

“Ah!” Han Shan released a shrill scream. He didn’t expect the other party to be so ruthless. Besides, the other party attacked so fast, and with a laser gun to boot, that he couldn’t resist at all.

He clasped his thigh, fell to the ground, and rolled around. Intense pain rapidly spread all over his body. In his 18 years of life, this is the first time he experiences such pain.

The students from Zhengde High School were shocked and frightened.

The bald man smiled ferociously and stared at Han Shan and the others.

The men smiled coldly, looked at the students from Zhengde High School as if they were pray, and pointed their guns at them. If anyone dares to do anything, they will be shot dead.

Han Shan broke out in a cold sweat from his forehead, not daring to speak out. He finally understood that these people are outlaws. To reason with them is basically courting death.

“Who, who are you people? This is an uninhabited island, so how come you showed up here?” A student from Zhengde High School couldn’t help asking.

The bald man smiled: “You wouldn’t know even if we told you. I am from the Band of the Cheetah.”

Although they are a famous group of criminals, but they are only famous to the police. Most ordinary people don’t know of them.

“What? You are from the Band of the Cheetah?! Isn’t that a criminal organization that became well-known recently? It committed all kinds of crimes and murdered countless people. During a recent vault robbery incident, it caused the death of sixteen people and the injury of ten people. Now it’s being hunted by the police. How come you’re here?” Gobsmacked, it appears that a student heard of the Band of the Cheetah before.

The other students were shocked when they heard this. These people are indeed not good people. In fact, they are wanted criminals.

Han Shan has a bellyful of regret. If he knew that there were such a group of cruel characters deep in the forest, he wouldn’t followed the shameless scoundrel Xia Ping here.

But it’s too late to say anything now. If they fall into the hands of these cutthroats, their fate is sealed.

“Interesting. You’re well-informed for a student still wet behind the ears. How did you learn about us? Has our reputation spread to the public at large?” The bald man and them were quite surprised.

The student replied while shivering, “My father is a policeman.”

So that’s how it is.

The men suddenly understood. No wonder the boy is so familiar with the Band of the Cheetah. It was all due to his background. If his father is a policeman, then it wouldn’t be strange for him to learn such information.

“Every injustice has its perpetrator, every debt has its debtor. Didn’t expect to find a policeman’s son here. Our luck is pretty good.” The bald man looked at the student fiercely.

Seeing the fierce gaze aimed at him, the student was so scared that he peed himself. If he knew beforehand, he wouldn’t have revealed his identity. As a policeman, his father and these bandits are diametrically opposite. It can be said that there is a feud between the two.

Now that he fell into the hands of these bandits, he won’t have a good ending.

“Don’t, don’t be reckless. Our teachers are near the island, and there are Martial Practitioner realm powerhouses among them. If we press the help button and the teachers come to rescue us, you will definitely die.” The student said stammeringly.

The bald man laughed: “In all likelihood, someone among you guys has secretly pressed the help button already. But have your teachers come to rescue you?”

His face showed the shade of disdain. They set up a large number of radio jammers near the island beforehand in order to intercept the transmission of distress signals.

Upon hearing this, someone’s expression changed dramatically. They kept pressing the help button from the moment these people started a fight with Han Shan. But so far, the watch showed no response.

In other words, the nearby signals must be intercepted by the gangsters, so that no information can be sent out.

Everyone started despairing even more. Faced with these strong cutthroats, located on an uninhabited island, with distress signals unable to be sent out, they are in dire straits, they are screwed.