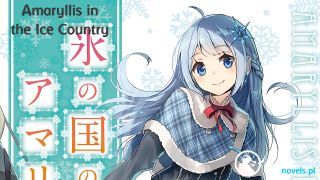 As starlight flickered in the night sky and fog hovered over the earth. In between Heaven and Earth flew streams of Saint Qi.

Nine gigantic dragons were hauling an ancient golden carriage flying across the sky, leaving behind the heart-shaking energy of the Path.

Zhang Ruochen was sitting inside the carriage. He had consumed the demonic tulip and achieved a breakthrough in his spiritual power. He was now in the 58th order of this spiritual power, of which every cultivator was dreaming.

Zhang Ruochen felt his saint heart undergoing tremendous changes. It seemed to have turned into a boundless, small universe. When he opened his hands, saint and spirit Qi flew into his hands. These Qis materialized into thunder and lightning, and then fire, wind, and crystals.

As he willed it, wind gathered the clouds and blocked off the starry sky.

He cupped his hands. “Thank you, Fairy.”

“You’re welcome. That demonic tulip is of no use to me, anyway.”

She was in the middle of her cultivation, holding a translucent flower in her hands to study the patterns on the petals.

That flower was no ordinary flower but an Imperial Artifact of Precept.

Wi Sheng and Ying Huo were sitting in the dragon carriage and glancing at Ji Fanxin from time to time. They were speculating about who she was.

Ying Huo said to Qi Sheng through telepathy. “Could she be more powerful than Zhang Ruochen? If this is the case, even if we lure him to Qi Xiaotian and Shi Kai, no way they could kill him.”

“If she is really that powerful, we might as well use her to get rid of Qi Xiaotian and Shi Kai. We will have a chance to escape when they knock the daylights out of each other,” said Qi Sheng.

Compared to Zhang Ruochen, Qi Xiaotian was the one whom Qi Sheng wanted to get rid of more.

Ji Fanxin suddenly opened her eyes and stared at them.

Ying Huo and Qi Sheng’s hearts skipped a beat, wondering if this lady could hear them talking through telepathy.

Judging by her tone of voice, Zhang Ruochen had more or less figured out that Ying Huo and Qi Sheng were using telepathy to talk to each other.

The thing was, he had never learned how to block off spiritual power.

“You think it is that easy?” asked Zhang Ruochen.

“All right. Let me teach you Heart-locking Touch. See carefully!”

Ji Fanxin’s finger moved like a phantom as spiritual power was flowing in her finger. She then focused it into an energy beam to hit on the chest of Ying Huo.

Zhang Ruochen nodded. He then emulated what Ji Fanxin had done, hitting Qi Sheng’s chest with a Heart-locking Finger.

His learning speed increased as his spiritual power improved.

Before this, if he were to learn a skill like Heart-locking Touch, it would have taken him several hours to master it. But now, he could understand and master it almost instantaneously.

From now on, his speed in learning the Precepts would increase tremendously.

The Golden Dragon Carriage flew for one and a half hours in the Dark Wasteland when the Heavenly Polars Geomantic Compass in Zhang Ruochen’s hand glowed. As the glow increased in intensity, a majestic ancient hill appeared up ahead.

The Golden Dragon Carriage swooped down and then landed on the plain under the ancient hill.

Still, with the Heavenly Polars Geomantic Compass in his hand, Zhang Ruochen alighted. He looked up at the hill effusing with colorful lights and became excited. “That ancient vein should be beneath this ancient mountain.”

“Someone has mined this vein a long time ago,” said Ji Fanxin.

Most of the patterns were blurry, probably because of the weathering. But judging by the complexity of these patterns, he could almost see that danger still existed on this ancient hill. If any ordinary cultivators encroached into the hill, death would be their only outcome.

On the north side of the ancient hill, Zhang Ruochen discovered a mine that was the source of those colorful lights. The density of saint Qi around this place was much higher than that of other places.

The Heavenly Polars Geomantic Compass glowed to its maximum intensity, so bright that it illuminated half of the ancient hill.

“Mamma Mia! The brightness of this intensity means that something precious is definitely underground. Do you think we will find the Godstones here?”

As Zhang Ruochen excitedly ran into the mine, the glow of the Heavenly Polars Geomantic Compass suddenly dimmed.

Light is good. Darkness is bad. Not good, danger ahead.

He tucked away the compass and immediately pulled back out.

A chunk of black mineral rock the size of an ordinary house flew out like a beam of light from the mine with a loud swoosh.

If Zhang Ruochen had not reacted quickly enough, the mineral rock would have crushed him. As strong as he was physically, the impact would have at least inflicted some injury upon him.

The black-mineral rock fell to the ground about two hundred miles away, creating a thousand-foot-wide impact crater.

Just then, Zhang Ruochen sensed the presence of Shi Kai. He quickly activated Armor of Words to engulf himself in it. The Fire God’s Gauntlet and Fire God’s Bracers glowed in his arms.

Some invisible forces were lifting the rocks around the mine. The rocks then formed into a giant stone blade and struck at Zhang Ruochen from above.

Thinking of testing his newly attained Six-step Saint Kinghood power, Zhang Ruochen did not dodge. Instead, he summoned a palm to take on the stone blade.

Powerful saint energy exploded, sending dust into the air all over the ancient hill.

“Zhang Ruochen must have bumped into Shi Kai. With his current cultivation base, he is no match for Shi Kai. You should go and help him, Fairy.” Outside the hill, Ying Huo told Ji Fanxin.

But Ji Fanxin had no intention to intervene. “As long as Shi Kai hasn’t attained Nine-step Saint Kinghood, he may be no match for Zhang Ruochen.”

Ji Fanxin appeared nonchalant. “So what if he is from the Three Upper Races? Unless the guy with the body of dark matter comes, Zhang Ruochen could still defeat the Saint King of the Stone Clan even if he was two levels behind.”

Ji Fanxin was apparently confident that Zhang Ruochen could win, even when facing a figure of the level of Shi Kai.

But Qi Sheng and Ying Huo thought this lady in front of them had misplaced confidence. They feared that Zhang Ruochen would eventually die in the hand of Shi Kai.

Flames shooting out from Zhang Ruochen’s palm melted the thousand-foot stone blade. It turned it into lava and dripped down to the earth, turning a vast area of the hill red.

“It has only been a few days, yet your cultivation base has improved so much, Cripple?”

Shi Kai emerged from the mine and looked down at Zhang Ruochen.

“So confident! You must have recovered from your injury, I suppose?” said Zhang Ruochen.

“Since you know, why don’t you run for your dear life?”

Zhang Ruochen shook his head. “This ancient vein is in my territory. Why would I want to flee when I am here to clean up the encroacher?”

“That’s right. The entire Dark Wasteland belongs to me from now on,” said Zhang Ruochen.

“I think you must have thought too highly of yourself. Since you are here to seek death, I would be happy to help.”

Shi Kai struck his hand, intertwining with 50,000 precepts of the Palm. The energy of his palm could be felt 250 miles away, more powerful than the wind in the stratosphere.

This was the move of an Eight-step Saint King, the energy of which was astoundingly powerful.

Knowing that Shi Kai’s attainment in the precept of Palm was above him, Zhang Ruochen would not want to underestimate him. He raised his palms and gathered all his power to take on Shi Kai’s move.

The Fire God’s Gauntlet shot out a divine power, forming a cloud of fire.

Zhang Ruochen was blown away, flying backward for dozens of miles before crash-landing on the plain. But his body’s momentum was keeping him sliding on the ground, leaving behind a three-hundred-foot-long gully on his path.

Shi Kai did not allow Zhang Ruochen the chance to react. He flew out of the mine with his second round of attack.

This time, he had upped his power.

A muscular aura a-hundred-thousand-time more powerful than ordinary humans surged out of Zhang Ruochen’s body, making him look like a fiery furnace. Thirteen dragon souls appeared on his left hand and thirteen mastodon souls on his right.

The earth under his feet collapsed in an instant.

The strike from Shi Kai blew Zhang Ruochen into the ground.

But before he knew it, Zhang Ruochen reemerged from the ground. Other than looking bedraggled, he suffered no injury.

Shi Kai was surprised. “Not bad, Cripple. With only Six-step Saint Kinghood, you could still withstand two blows from me. Even the top geniuses of the Stone Clan surpass you by a bare margin. I didn’t know that there is such a powerful warrior like you in the Celestial Court. I should have learned about you long ago.”

“Stop the crap. Show me what you have got. Otherwise, it will be my turn.” Zhang Ruochen looked a sight, but he could hold his own.

“Heck, what an arrogant cripple!”

Shi Kai finally found Zhang Ruochen his worthy opponent. Unlike earlier, he was ready to crush him with full force. His body curled up, then turned into a massive stone ball, suspended and whizzing in the air.

Grass and gravel were sucked up from the ground and flying around the fast-spinning stone ball.

It suddenly moved in a direction, hurling toward Zhang Ruochen.

Seeing the stone ball fast-approaching, Zhang Ruochen slowly raised his arms. Over twenty-thousand Precepts and Precepts of the Palm gathered in his arms.

“Is he trying to take the strike from Shi Kai head-on?”

Shi Kai was going after him with full force, the attack of which was not something that a Six-step Saint King could withstand.

His power increased six-fold as he summoned his Precepts to meet the stone ball. The strike blew the stone ball away, sending it crashing into the cliff of the ancient hill.

The ancient inscription inside the hill was triggered. A thousand streaks of bolt struck down from heaven, turning the cliff into a sea of lightning.

“Shi Kai… was blown away by Zhang Ruochen!”

Qi Sheng and Ying Huo were stunned, warmth draining from their bodies. They had seriously underestimated Zhang Ruochen.