Chapter 1677: Barging into the Ancient Pavilion

It was approaching noon, and the snow-white birds pulled the saint carriage wrapped in starlight and drove toward the Wind Atrium of the Inner South Yard.

Only seven figures followed the saint carriage. Zhang Ruochen, Big Beard, Blindman, and the four others were all covered by shimmery starry armor. They rode a metal beast that looked like an earthworm and carried a spear with the width of one’s wrist.

When the earthworm moved, it would create loud booms.

According to the rules of the Truth Godly Palace, only cultivators from worlds in the top 1,000 of the Saints Merits Rank could enter the Inner Four Yards. However, with the Thousand Star Civilization’s power, it wasn’t hard to give Zhang Ruochen a suitable identity and take him in.

“I saw that there were many Thousand Star Civilization cultivators in the God-Naming Platform,” Zhang Ruochen said. “How come only we are going to the Wind Atrium?”

The thin Blindman on the right didn’t like to talk. It was as if he didn’t hear Zhang Ruochen.

On his left, Big Beard explained, “Not anyone can go into the Wind Atrium. If a weakling goes in, it’s no different from suicide.”

The so-called Wind Atrium was really just a barren hill. It was only a few hundred meters tall and didn’t look majestic at all.

After coming to the Wind Atrium, one could look up and see a dilapidated ancient pavilion. There was no foliage surrounding it, making it look lonely so that it gave off a sad and worn feeling.

The stone steps from the bottom of the hill to the pavilion were almost buried in dirt. If one looked closely, one would see the traces left by time.

Strong cultivators from various ancient civilizations were mostly gathered below the Wind Atrium.

Other than the Tianchu Civilization’s camp, only a few creatures came from the other civilizations. Each one was a top figure, at least at the fourth step Saint King Realm.

Behind Fairy Tianchu’s white peacock carriage, countless creatures were gathered. They seemed to be more than the other civilizations put together.

Most of them weren’t from the Tianchu Civilization. Nor were they helpers invited by Fairy Tianchu. Instead, they’d come voluntarily from all types of worlds.

These creatures only came to the Wind Atrium because of Fairy Tianchu’s vow. Most of them were young people who were blind with love. Of course, there were also true strong figures.

They were willing to risk their lives for her at no cost. Fairy Tianchu obviously wouldn’t drive them away.

When the Great Senior arrived, Zhang Ruochen was grouped with the other spatial cultivators. They stood in the center of the ancient civilization cultivators. Two silver giants with battle axes protected them.

It was obvious that they wouldn’t be forced to attack the palace cluster or prehistoric monsters.

They would only have to attack when truly necessary.

There were very few spatial cultivators. It wasn’t strange that they were treated like this.

Other than the six spatial cultivators, there were also some formation masters gathered nearby. They were the protected group.

Great Senior’s entire body glittered gold. He had the temperament of a sect leader. Chuckling, he said, “The cultivators of the Heaven and Demon God Field cliques already entered two hours ago. Since we’re all here, let’s go too.”

It wasn’t true that you could get the divine spring the sooner you went in.

Instead, those who went in first would fight the monsters first. They would definitely be clearing up the path for the later cultivators.

The hill that seemed to only be a few hundred meters tall actually gave off huge pressure when one started climbing it. It felt like an invisible saintly might pressing on them, or rather…divine might.

After entering the pavilion, their horizon broadened. It was cloudy and wispy before them. Holy Qi filled the air.

If not for the saint blood and corpses of prehistoric monsters on the ground, they might think that they’d arrived in a divine land. Clearly, there’d been a huge battle here a while ago. All the monsters had been cleared out.

The Amazing Little Taoist poked his head out of Zhang Ruochen’s sleeve. With a shocked gaze, he used Spiritual Power to ask Zhang Ruochen, “The folded space was actually opened?”

In the distance, there were palaces one after another. They rose up between the tall peaks and unknown lands covered in black Qi.

Deep within the palace cluster, terrifying screams or heavy battle booms would sound occasionally. The land was too vast. One couldn’t distinguish where the sounds came from.

A Saint King with flesh wings shot into the air. He wanted to fly to a height and check what had happened deep within the palaces.

“Get down here!” Great Senior yelled. “Do you want to die?”

The Saint King paled in fear. He quickly pulled in his wings to return to the ground.

Suddenly, a black crack appeared above his head. Like a huge demon’s mouth, it bit the man’s body in half.

Only two bloody legs fell from the sky.

Sharp and cold wind blew through the sky when the black crack appeared. It howled and even the Saint Kings got goosebumps at this moment. Their legs couldn’t help but tremble.

The area was silent. No one even dared to breathe loudly.

Looking at the two bloody legs, many creatures who’d just come to try it out started thinking about retreating. They didn’t dare to continue.

Beside Zhang Ruochen, a voice rang out. “What exactly is that black crack? Could it be a spatial crack?”

The speaker was Li Qinghai, one of the six spatial cultivators.

Monk Pushan shook his head. “I don’t think so. The other side of a spatial crack is the void, but that black crack was filled with eerie Qi.”

Mo Xiaogu, the little girl from the Space Godly Palace, grew fearful. “If we don’t fly into the air, the black crack won’t appear, right?”

Gu Feng grinned. “Hehe, little girl, what are you afraid of? Come to your Lord Gu’s side. I’ll protect you.”

Mo Xiaogu’s fear grew heavier. She scooted toward Li Qinghai and Zhang Ruochen, hiding behind them. She was afraid of getting approached by Gu Feng.

He’d been staring at Mo Xiaogu’s chest, but his vision was suddenly blocked by Zhang Ruochen. His eyes suddenly darkened. “Hey, I really couldn’t tell that you also cultivate space when we first met. How about you show us your abilities?”

“There’s nothing to show… Oh, Great Senior and Fairy Tianchu already opened up the path. We should be going in deeper now!”

Li Qinghai followed Zhang Ruochen, warning him, “Brother Lin, Gu Feng seems to have something against you. You have to be careful. This man has a horrible name and he’s very cruel. He can do anything.”

“Thank you for the warning.”

Zhang Ruochen’s impression of Li Qinghai improved. He began conversing shortly after. “Brother Li, since you aren’t a disciple of the Space Godly Palace, how did you step onto this path?”

He rarely met spatial cultivators, so he was very curious.

“He always wanted to find an heir in the family, but the Way of Space is honestly too hard. If you aren’t extremely talented, you won’t be able to comprehend the first rule of space in the Ninth Change of the Fish-Dragon Realm and meld it into your saint soul.

“I was lucky to succeed, so the ancestor named me as his heir.”

“Since your ancestor is a cultivator of the Space Godly Palace, why didn’t you join them?” Zhang Ruochen asked.

Li Qinghai shook his head and chuckled. “To be honest, my ancestor said that I’m not talented enough in the Way of Space. It can only be auxiliary help instead of my focus. Otherwise, I’ll never be able to reach the Supreme Saint Realm in my life.”

On the side, Mo Xiaogu piped up, “Yeah, yeah. Focusing on the Way of Space makes it too hard to improve your cultivation. I’m still stuck in the first step of Saint King Realm now.”

Zhang Ruochen turned and glanced at Mo Xiaogu. Her face reddened immediately. Lowering her head, she said pitifully, “That pervert Gu Feng has impolite thoughts about me. I only feel safer if I’m following you two big brothers. Please help me!”

Li Qinghai patted his chest and said confidently, “Xiaogu, don’t worry. With me here, no one will bully you.”

Zhang Ruochen didn’t speak. He was thinking about something.

She was a first step Saint King. Could she be so cowardly?

After all, people who were as easily frightened as Qing Mo were very rare.

This woman is probably pretending to be like that, Zhang Ruochen thought. She wants to use Li Qinghai and I against Gu Feng.

It was understandable that Mo Xiaogu did that.

But it did make her seem calculative. Anyway, he couldn’t treat her like she was an innocent little girl. Otherwise, he may be taken advantage of at a critical moment.

After the cultivators of the Ancient Civilization Sect walked a few miles into the palaces, they finally encountered prehistoric monsters. Both sides entered an intense fight.

Before this, all the saint fruit and medicine had been picked from the nearby palaces.

But when Zhang Ruochen looked forward, he saw huge green saint trees growing among the majestic pavilions. The branches were like dragons that spat out Holy Qi. The fruit on the trees emanated a mesmerizing fragrance.

Some cultivators fought with the monsters. Others attacked the formations outside the palaces, wanting to pick the fruit inside.

Zhang Ruochen was tempted. He wanted to pick the fruit too.

He could see that the fruit on the trees was extraordinary. If he could ingest some, he would definitely improve greatly and have a chance to reach the fourth step Saint King Realm here. 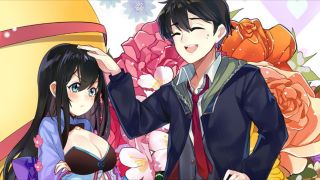