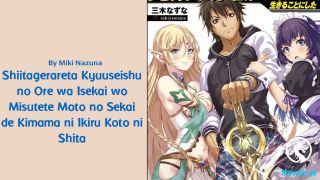 «Global Survival: 100 Times Cultivation Speed From The Start (Web Novel) - Chapter 769: A Once-in-a-lifetime Opportunity! The Will of the Emperor!

Chapter 769: A Once-in-a-lifetime Opportunity! The Will of the Emperor!

“Let me do it. I didn’t win against Fourth Brother last time. This time, I should do it, right?”

The Third Commander smiled faintly without any hesitation.

But then, the Fifth Commander smiled faintly.

“Third Brother, why do I remember that you don’t have a good relationship with Fourth Brother and the others? If you go to the other world and see them, won’t you be ostracized to death? So, let me do it. It’s been too long. I miss those dogs, haha.”

The Third Commander snorted and wanted to retort, but the Seventh Commander dealt him another critical blow.

“Let me do it. Anyway, I’m the weakest. Whether I die or not has nothing to do with the overall situation. Even if I survive this tribulation, there will definitely be countless fierce battles later. I’m not very useful anymore.”

At this moment, seeing that the Second Commander was about to speak, the Seventh Commander stopped him.

“Second Brother, don’t open your mouth. No matter who goes, we won’t let you go. With your strength, you can’t die for nothing! Only by staying alive can you resist the Spirit Army to the greatest extent!”

The Second Commander was speechless.

He also knew this.

The burden on him was very heavy. It was not that he was afraid of death. They had lived for so long and had long seen through it.

The key was that his death had to be valuable!

As the leader of the four commanders, his strength was far from as simple as the peak of the Lesser God Realm.

Only by living could he threaten those divine-grade spiritual bodies!

The few of them actually argued endlessly, and each of them had their own reasons. No one could convince the other.

Suddenly, the Heavenly Tree, who had been silent, spoke.

She was relieved and helpless.

“I know that you’re all sincere, but you have to understand that even if you revive the commander, he might not be a match for the Spirit King…”

“It’s true that the Commander’s body is that of a Greater God, but the Spirit King is not just an ordinary Greater God!”

“His realm is so high that it’s rare even among Divine Lords!”

“Even if your foundations are the same, fighting against a Divine Lord as a Lesser God…”

There was a long sigh.

Everyone understood what the Heavenly Tree meant.

They only had a chance to fight now. The crisis was not over.

Therefore, the missions of the others were not easy at all. They needed to help the legion commander’s body and drag down the Spirit King. If they were not careful, they would die!

For a moment, everyone was silent.

If even the commander’s body could not turn the tide, the Great Emperor’s City would really be finished.

They could not wait for the Heavenly Tree to recover.

Everyone would be buried at the bottom of the River of the Netherworld!

But at this moment, Chu Feng, who had been deep in thought, suddenly broke the silence and said softly, “If the Legion Commander’s body is not enough, what if we add the power of the original Great Emperor’s will?”

“The Spirit King is in a state where his willpower descends. The will of the Great Emperor should be the most effective against him, right?”

Right after Chu Feng had said those words, everyone looked at Chu Feng.

The will of the Great Emperor?

What Great Emperor’s Will?

There was such a thing in the City of the Great Emperor?

Even the phantom of the Heavenly Tree revealed a puzzled expression.

“If there’s the power of the original will of Huang Quan, it’s naturally a supreme treasure to deal with spiritual bodies!”

“But Huang Quan never mentioned to me that he once left behind such a treasure. When Huang Quan was still around, no one dared to rebel. He wouldn’t be able to predict the future, so he naturally wouldn’t be prepared…”

With that, the Heavenly Tree looked at Chu Feng with extreme anticipation.

Could this little fellow surprise them again?

It seemed that after he obtained the will of the Great Emperor, he left the city directly due to the urgent mission. He really did not have the time to tell the others.

After all, this thing was considered a treasure here. It was indeed a little unreasonable for him to take it away without even saying anything.

Chu Feng coughed lightly and said awkwardly, “I do have the will of the Great Emperor, and it should belong to the Netherworld Emperor himself…”

“After all… Ahem, I got it from the Great Emperor’s study. It’s just that the mission was urgent and I didn’t have the time to tell you.”

After Chu Feng finished saying those words, everyone was stunned.

Then, the Second Commander roared in shock.

“Could it be that you obtained the treasure that the Great Emperor once mentioned?! I just casually mentioned it to you last time. I didn’t expect you to really get lucky…”

The Seventh Commander could not help but say, “Oh my god! How unreasonable! Back then, we were just short of digging three feet into the City Lord Residence, but we didn’t find a single hair. This kid just went around and got it?!”

Could this be the legendary Son of Destiny?!

Even the Heavenly Tree did not know what the treasure left behind by the Netherworld Emperor was.

After all, it was only a casual work of the Great Emperor. It was considered a little fun outside of cultivation.

It was normal not to tell anyone.

However, the Netherworld Emperor probably did not expect this.

His casual arrangements back then had become the key to saving the Great Emperor’s City countless years later!

At that moment, the Heavenly Tree suddenly said excitedly, “This is great!”

“The Great Emperor’s will and the body of a Greater God can definitely easily defeat the Spirit King!”

“Furthermore, it’s even possible to take this opportunity to severely injure the Spirit King in an unprecedented manner!”

At this point, the eyes of the commanders suddenly lit up.

Perhaps this was really a once-in-a-lifetime opportunity!

As long as they severely injured the Spirit King and delayed him until the Heavenly Tree recovered, wouldn’t the final victory be in the hands of the Great Emperor’s City?!

Thinking of this, the Second Commander could no longer contain his excitement. He looked at Chu Feng and hurriedly said, “Kid! Then what are you waiting for? Hurry up and take out the Great Emperor’s Will!”

I want to too!

But your master only did half of the work. Do you really think I can finish it?!

“The will of the Great Emperor is in my sea of consciousness. If you have a way to get it out, just do it. I’ll cooperate with you!

“In any case, there’s nothing I can do! This thing is very arrogant. The Netherworld Emperor did not leave me any way to control it!”