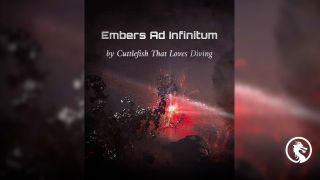 10 million drops of Star Domain Essence was enough to last for a while!

It was hard to say if Huangpu You would really have the guts to fight him to the end.

Was he really not afraid that Chu Feng would raise the price to the sky and give up?

If it came to that, Chu Feng would definitely not hold on until the end.

Why should he be so stubborn?!

If Chu Feng gave up, the one who should cry would be Huangpu You!

If he bought something that he had no use for with more than 10 million drops of Star Domain Essence, Huangpu You would be lucky if he was not skinned alive by those experts from the Human Imperial Palace!

There was no need to think about the subsequent auctions. Good things definitely did not belong to the Human Imperial Palace.

This loss was enough to hurt the Human Imperial Palace!

Chu Feng made up his mind.

In any case, to Chu Feng, both outcomes were acceptable.

It was good to get it. It did not matter if he spent more money.

This was something that Huangpu You could not compare to.

If he couldn’t get it, it didn’t seem bad to trick Huangpu You once again!

However, he still hurriedly said to the old man, “That’s all for now. 10 million is enough. I’ll call you later!”

The old man was speechless.

However, Chu Feng could not be bothered with him.

At the same time, in the hall, everyone’s intense discussion finally calmed down.

“Um… The Human Imperial Palace has offered 8.1 million. Is there a higher price?”

Who are you asking?

Do you think we can afford it?

In unison, everyone turned their gazes to Chu Feng.

Chu Feng seemed to be flustered. He hurriedly lowered his hand, as if he was hiding something.

As expected, it was just a bluff!

Fortunately, I have persevered!

Huangpu You was extremely glad.

However, Chu Feng merely did not want others to see him borrowing money…

No matter what, such a thing was still a little embarrassing.

I’m also someone who cares about face!

As for Huangpu You, he became even more smug and said faintly, “Brother Chu, why aren’t you continuing?”

“If you’re short of money, there’s no need to hide it. It’s normal!”

Hearing those words, Chu Feng grinned. However, he could not be bothered to retort.

“Nine million. If I add less, we can play longer. Don’t you agree, Brother Huangpu?”

Evidently, he did not expect Chu Feng to be able to take out more Star Domain Essence!

His expression darkened, but he continued.

However, Chu Feng was still neither fast nor slow.

The price was getting closer and closer to the bottom line that Huangpu You could withstand. However, why was Chu Feng still like a bottomless pit? He did not show any difficulty at all?!

Could he really take out so much money?!

Huangpu You was no longer elegant. His eyes were bloodshot as he stared fixedly at Chu Feng.

However, the next moment, Chu Feng said casually as usual, “12 million.”

At this moment, Huangpu You could no longer hold it in.

He roared at the top of his lungs.

At this moment, he had no choice but to suspect.

Huangpu You could not believe it.

A young genius could actually have tens of millions of Star Domain Essence?!

That was a number that even some veteran Greater Gods could not compare to!

In fact, some ordinary Divine Lords could not even take out such huge wealth!

What right did Chu Feng have?!

In the hall, because of Huangpu You’s outburst, there was an awkward silence.

Some onlookers also began to whisper.

The target was Chu Feng.

Such a huge amount of wealth was indeed too unconvincing.

On the stage, Third Master Bao pondered for a moment. However, he still looked at Chu Feng and said in a deep voice, “Young Friend Chu Feng, originally, our Sky Treasure Pavilion believed in your credibility. However, since someone has raised doubts, in order to ensure the fairness and transparency of this treasure appraisal meeting, we hope that you can reveal your wealth to appease the doubts. We hope that Young Friend Chu Feng can understand. Bao San will thank you here.”

At this moment, this dignified Divine Lord expert ignored his face and bowed to Chu Feng. He was also expressing to Chu Feng that he had his duty. He hoped that Chu Feng would not blame him.

After all, to Chu Feng, this request was indeed a bit excessive.

However, since the man had given him enough face, Chu Feng did not want to make things difficult for them.

“Since someone doubts me, let’s show them. Don’t let anyone slander me in private…”

Huangpu You did not care at all. His eyes were red. At this moment, he only wanted to see if Chu Feng was really rich!

At that moment, everyone’s gazes were focused on Chu Feng.

They were all extremely curious.

And this time, it was a holographic call!

The moment it rang, an old man appeared in the air.

Before Chu Feng could say anything, there were exclamations from the crowd.

“This is… Grandmaster Mo?!”

“No way. Could it be that this person is standing behind Chu Feng?!”

“Crazy, crazy! The number one blacksmith of this generation! How terrifying is his net worth? With such a God of Wealth behind him, who can compete with Chu Feng?!”

A series of exclamations resounded throughout the hall.

Everyone present was stunned.

At that moment, Chu Feng said faintly, “Don’t you all want to see my wealth? Here, this is my wealth. How is it? Are you qualified?”

“Do you think the wealth of a Grandmaster Blacksmith is enough for this auction?”

No one answered. Everyone fell silent.

Of course. If a Grandmaster Blacksmith was not even qualified, who else was?

They should all pack up and get lost!

Looking at the hall where one could hear a pin drop, Chu Feng was overjoyed.

Good lord, the old man’s name was actually so useful?!

He frightened everyone so easily?

His originally uneasy heart calmed down a lot.

Because only he knew that although this old man was a grandmaster, he was actually so poor that he was almost pawning pants!

He, Chu Feng, was really bluffing this time!

But who would believe this?!

A Grandmaster Blacksmith had no money?

What kind of cosmic joke was this?!

Chu Feng must be very rich!