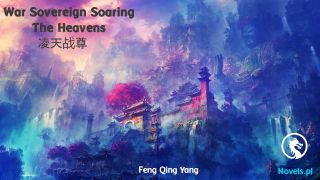 As expected, no genius was easy to deal with!

Although Huangpu You had been tricked by him in the trial world, he could not underestimate that guy because of this.

If you’re not careful, they might cause you a huge problem!

Chu Feng was in a dilemma.

He did not dare to take out the undead army.

Forging required too much time.

In reality, to Chu Feng, it only took him about three days to forge a Divine Lord weapon.

The cost was about 100,000, but the price could reach a million or even a few million.

With just a turn of his hand, he would earn a profit of ten or dozens of times!

If Chu Feng was given enough time, with his efficiency, he would easily be as rich as anyone. Who would dare to compete with him in wealth?

Unfortunately, he had been busy cultivating previously and did not have time to forge more divine weapons.

Other than that, Chu Feng actually had a super trump card in his hand. If he used it, he could also crush them!

However, after thinking about it, Chu Feng still felt that he could not expose himself too early.

After all, he was also very interested in the legendary finale treasure in this five-star treasure appraisal meeting…

If he exposed that trump card now and made the others wary and join forces, he would be asking for trouble.

So… what should he do?

All his thoughts were rejected.

Suddenly, his eyes lit up.

Oh right, how could he have forgotten about that old fellow?!

This old man was a genuine Grandmaster Blacksmith!

In terms of wealth, who dared to compare to Old Mo?!

The other Master Blacksmiths were all extremely rich, let alone this number one blacksmith grandmaster!

He was probably as wealthy as the national vault of a country, right?!

Chu Feng’s final response was both unexpected and reasonable.

It was novel and simple.

I’m young now and not accumulated enough. I’m short of money. It’s not too much to ask the senior for help, right?

Furthermore, this method could be said to have no future trouble!

Of course, if he did not repay the money he owed in the future, the old man might chase after him crazily!

He immediately did it!

After a few beeps, the old man’s impatient roar came from the other side.

“Kid! Don’t rush me! I’ll definitely give your saber to you before you head to the Lost Continent! You’re so young, why are you so impatient!”

“I’m about to die of exhaustion! How many years has it been since I worked so hard?! And it’s for free!”

The moment the communication device was connected, before Chu Feng could speak, he was scolded by the irritable old man.

However, Chu Feng did not dare to be angry.

Now was not the time when the old man had to beg him a few days ago.

He needed the old man now. To borrow money, he had to be more flattering. It was not humiliating!

He hurriedly comforted him.

“Hmph, that’s more like it. But you don’t come here for nothing. Tell me, what’s the matter?”

Chu Feng was in a hurry, so he simply said, “Borrow money!”

“Not much. 100 million drops of Star Domain Essence. It shouldn’t be a big deal to you, right?”

Chu Feng did not know how much savings the old man had, so he decided to ask for it first. He could slowly bargain later.

“How much?! You’re crazy! Sell me and see if it’s worth this price!”

On the other side, Old Mo’s hysterical roar suddenly came.

He rubbed his ears and continued.

“No way? Old man, you don’t even have 100 million? Then aren’t you too shabby as the number one grandmaster?”

The old man was extremely excited.

“Pfft! Kid, you really money is nothing! Go and ask the three palaces and four realms who can take out so much liquidity at once?!”

“In this world, I’m afraid only the Heavenly Book Academy and the Starlight Hall have hope. But you asked for 100 million. Are you crazy, or am I crazy?!”

“Also, why are you still so arrogant when you borrow money?! How dare you mock me! If someone didn’t know better, they would think that I’m borrowing money from you!”

“Then how much can you take out? I’m at the five-star treasure appraisal meeting. Huangpu You is showing off to me. I want to smash him to death with money!”

The old man pondered for a moment.

It was as if he was fighting against himself.

If anyone else had come to borrow money, with the old man’s personality, he would definitely tell them to scram!

In this society, the people who owed money were all bosses!

Who would be willing to be someone’s lackey?!

However, if it were Chu Feng, he would not be able to refuse.

He had no choice. The old man had taken a fancy to the guy’s future potential.

If he offended this vengeful kid because of such a trivial thing, the gains would not make up for the losses!

If the guy could become a Divine Blacksmith in the future, this bit of Star Domain Essence would be nothing.

The old man finally said reluctantly, “Let me tell you something. I only have 10 million. It’s all my belongings!”

“How is that possible?!”

“Old man, if you don’t want to lend it, just say it. There’s no point in lying!”

“Bullsh*t! How can you question my credibility! If I lie, I won’t be able to become a Divine Blacksmith in my life!”

In his excitement, the old man swore.

Hiss… Such a vicious oath. This old man was too ruthless to him!

However, from this, it could be seen that the old man was really not lying.

However, Chu Feng was still confused.

How could a Grandmaster Blacksmith be so… poor?

He could make a fortune by forging a few Master God weapons, right?

For a moment, Chu Feng did not know how to describe it.

Where did this old man spend his money?

Even sleeping with a different woman every day did not require so much!

“It’s true that I’m a Grandmaster Blacksmith, but do I have to forge for anyone? Then what about my face as a grandmaster?!”

“Furthermore, ever since I became a grandmaster, I only take action when I encounter divine weapons and treasures that tempt me. Most of the time, I can’t be bothered to collect any fees. For example, your treasure saber! Take it as making friends!”

“That’s why! After so many years, even a golden mountain has been eaten up!”

“To be honest, the money I have right now is because when I was a Master Blacksmith, I was greedy enough… Bah, I scrimped and saved bit by bit!”

In summary, this old man was just trying to save face.

No wonder he hid in the Forging Institute and slept every day!

After all, why wouldn’t he sleep if he had no money?

After figuring out the situation, Chu Feng did not have much hope.

If there was only ten million, so be it.

It was better than nothing…