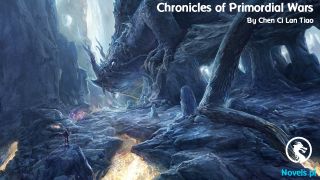 Ever since they obtained the high energy evolution crystals, their company suddenly had no more desires.

They didn’t care about the main storyline at all, nor did they have any ambitions.

The Federation even promised to give Ark Company regional rights to the world if they complete the main storyline mission.

Normal companies would have been so excited that they couldn’t sleep.

However, Ark Company displayed its individuality and did not even look at it.

From this point of view, Ark Company really did seem to come from a high-tier world.

“In addition, aside from a large number of high energy evolution crystals, Ark Company also offered to exchange for rare ore materials. Later, I also heard from other sources that Ark Company purchased a few safe areas from Raptor Company. They expelled the players that belonged to the safe areas and took over the primeval forest region.”

The more he said, the more Alba and the federal team felt that Ark Company was strange.

Sheng Hui really did not understand this company. It seemed that Ark Company had no relationship with the anti-federation forces, and they also maintained friendly cooperation with the Federation.

But it still seemed strange. It made people unable to figure out their real purpose.

“Forget it. The main storyline should be the focus for now. Just keep an eye on Ark Company.”

At this moment, in the Tianlin mining area of District 11 of the Wasteland Apocalypse.

[Hint: You have completed the transformation of the Tier 2 space tearing device.]

[Hint: You have completed the transformation of the space tearing device to load the particle ore transport technology.]

Through the particle ore transportation device of the teleportation machine, the space tunnel could instantly teleport the ore, greatly increasing the efficiency of the transportation of ore-type materials!

A game hint appeared in front of Fang Heng’s eyes.

Victor held the wrench and wiped the sweat on his forehead.

Qiu Yaokang, who was controlling the main control platform, nodded at Victor. “The loading of the ore particle transport technology has been completed. It is estimated that the efficiency of our ore teleportation can be increased by about 50 times compared to the past.”

Relying on a large number of resources exchanged from the Raptor Company and the Federation, coupled with the constant transportation by the zombie clones, the high-tier ore area in the underground temple and the entire alien spawn spaceship’s cabin were cut into small pieces, and batch after batch was sent into the Zombie Apocalypse through the teleportation passage.

Dodd was completely impressed by the Ark Company. At this moment, he was already working on alien technology research and development in the newly built research room of the Zombie Apocalypse.

Following that, the resources of the Wasteland World would be continuously sent back to the Zombie Apocalypse.

Fang Heng was gradually getting excited.

Even though the reserves weren’t much, the key point was that there weren’t many people in the primeval forest, so they didn’t need to worry about conflicts with the outside world. They just had to mine directly.

They would dig up the entire primeval forest together with them!

Fang Heng was secretly calculating in his heart.

“We have tested the special crystal ores found under the cave. With our current technology, we can’t completely isolate the radiation from the ores and use the energy. We can only rely on your zombies to use the energy directly.”

Qiu Yaokang looked at Fang Heng as he spoke.

The zombie clones were really useful.

The energy crystals found in the underground mining area under the temple were very clean, and the effect was better than normal energy. However, they were affected by the strong radiation, so humans couldn’t get close to them. They could only rely on the zombie clones to collect the energy crystals.

After all, the zombie clones were not afraid of the radiation effect at all, so they just mined recklessly.

Radiation could not kill them anyway.

Without the zombie clones, it would take at least half a year to develop this batch of ores.

Qiu Yaokang reminded him, “But I have to remind you that there are huge safety risks in this mining method.”

Fang Heng blinked his eyes, indicating that he did not understand at all.

“Alright, then I’ll make it simple.” Qiu Yaokang nodded and continued, “We can already weaken the fusion Tyrant form’s vitality in one minute and then kill it through your manual self-detonation method.”

They could finally bring the fusion Tyrant form to various worlds.

Fang Heng gave Qiu Yaokang a look of praise, secretly giving him a thumbs up.

“In addition, after the synthesis of the cultivation device, the functions of the zombie corpses after the radiation mutation can be slightly improved.”

“Similarly, the research on radiation is very dangerous. I’ve discussed it with Dr. Ding Min and Dodd. We’ve considered setting up a new large-scale radiation research laboratory outside the prison.”

“After considering all kinds of things, we’ve decided on an island that is temporarily uninhabited as the planned site.”

“No problem. We’ll build it immediately!”

Qiu Yaokang nodded and said, “I’ve already discussed it with Mo Jiawei. The collection of basic materials has been completed. We still lack a lot of upgrade materials. We’ll think of a way to collect them from the Wasteland World and the Zombie Apocalypse world.”

The entire Districts 7 and 8 of the Zombie Apocalypse belonged to him.

Now, he could simply take away the items from District 11 of the Wasteland Apocalypse with ease too.

If there was something missing, grab it!

As he was thinking, a line of game hints appeared on his retina.

There was such an operation?

[Hint: Player’s current strength score of District 8 of Zombie Apocalypse has increased by 0.1.]

“I will discuss with Victor and complete the all-rounded upgrade of the research institute for radiation as soon as possible. I believe that we will be able to fuse the radiation mutation into a zombie corpse very soon and significantly improve the ability of a zombie corpse. It will take about two to three days.”