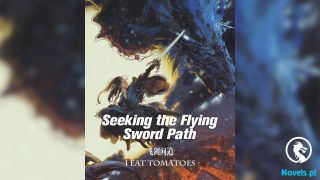 The two beams of power collided in mid-air, fighting for supremacy like a pair of duelling dragons.

Jun Wu Xie’s body was glowing light gold with her surge of power, and God of Destruction’s body was burning with a bright golden flame.

The God of Destruction simply could not believe nor accept that Jun Wu Xie’s powers were on par with his.

In reality, the God of Destruction was the God of the Three Realms. He had created it and it was his domain and Jun Wu Xie was part of that domain. However she was from another realm and her power had been sealed off while living in the Three Realms so there was no way to know how powerful she could become.

That was why the God of Destruction dared to attack Jun Wu Xie. Earlier when she and Jun Wu Yao attacked through the hall, even their combined power was easily subdued by him. However the Jun Wu Xie he was facing now was entirely different and the change was too quick for him to have any sort of preparation.

Jun Wu Xie gave the God of Destruction no time to think as she rushed offensively towards him, leaving only a golden shadow where her body just was.

The God of Destruction could only brace himself, roar out loud and face the challenge head on!

This was a battle to the death that was too close to call. Both parties were strong and the combat produced flashes of brilliant golden light that would have blinded any observers.

Meanwhile, Fei Yan was surrounded by a golden forcefield, protecting him from all harm.

Jun Wu Xie did that before the battle started to prevent him from being caught in the crossfire.

The forcefield protected Fei Yan but also blocked off his ability to feel what was around him. He still could not see and hence could only listen to the deafening sounds of the battle. He wanted to stand up and help Jun Wu Xie but as he started to move, reason took over and he stopped and just stood there with his hands by his side.

He knew that based on his power, he had no way of influencing a battle between two gods. At that moment, he prayed for the first time in his life, praying for Jun Wu Xie to emerge victorious and put an end to all the suffering.

After Fei Yan had finished praying, a little halo emerged from the top of his head and suddenly started to make its way towards Jun Wu Xie!

In the heat of battle, nobody noticed the tiny halo entering and merging with Jun Wu Xie’s body.

This was a battle like no other before it, both had powers beyond anything else in the Three Realms. The battle sent shockwaves rippling through the Sacred City and people everywhere were shaken by the sounds.

The ground shook beneath their feet and everyone came out of their houses, gathered on the main street and looked up to see the temple surrounded by explosions, and it seemed like the temple was being swallowed by the sun!

The entire temple was shrouded in a surging golden light!