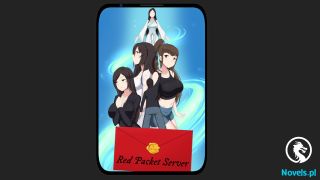 Chapter 790: No Matter How Rotten A Father

He Jingjing furrowed her brows. "Is it illegal to burn my own money?"

Song Lang didn't expect anyone to even lack this common-sense knowledge, but He Jingjing hadn’t even finished middle school. It wasn’t surprising that she didn't know. He deliberately bluffed, "Of course it's illegal, and the punishment is very severe."

He Jingjing was frightened. Her eyes widened and her face turned pale. She couldn't speak for a long time.

"Oh, by the way, is this million yuan yours?"

"This lie is too daft. We’ve already contacted the bank and found the serial numbers of this batch of money. The money you burned had these numbers. In addition, you may not have known this, but that biological father of yours is a troublemaker. After getting the money, he first took a few notes to buy alcohol and cigarettes. We found the money with the corresponding serial numbers in businesses near his house with his fingerprints on them."

"Miss He, if you had a bit of education, this crime might have been more perfect. The money you burned and the money Li Qiang spent can be traced to the source. It’s the money He Taiyang took out, and Li Qiang is the person who met He Taiyang late at night. What do you want to say about this?!"

He Jingjing gritted her teeth. She finally stopped struggling. "He Taiyang was killed by Li Qiang!"

"Why? Hasn’t Li Qiang already gotten what he wanted, which was the money?"

"Li Qiang is also a man with his own pride. His own daughter was ruined by a bad old man. He felt very upset about it in his heart. When he met me in secret several times, he cried and apologized to me. He also said that if he had a chance, he would kill He Taiyang so that I could live my own life again." He Jingjing wiped her sad tears away. "I'm only in my twenties. Other girls of this age are happily dating boys, but I have to go to bed with a bad old man. I call him Dad in public, but secretly, I’m a concubine who warms his bed. There is no hope in my life. All of this was caused by Li Qiang, and he has always regretted it. He Taiyang went to see him alone that night. For Li Qiang, this was the best chance to kill He Taiyang!"

"Why was the knife inserted into He Taiyang's back the one that He Jun usually carries with him?"

"How would I know this?!" He Jingjing said exaggeratedly.

"Then how did you know about Li Qiang committing murder? How did the one million get to you?"

"Li Qiang came to me on the night of September 2nd, shortly after you left. He told me everything. I was very scared. It was murder after all. However, he said he had worn gloves and shoes that were one size larger than normal. Li Qiang and He Taiyang rarely interacted with one another. The police were unlikely to think of him. The most important thing was the suitcase of money. If it was found by the police, it would be bad. I said I’d deal with it. I originally planned to put it in the safe and wait until everything had blown over, but I was wrong to think that. This is because after He Taiyang died, He Jun secretly stole money from the safe several times. I had no place to hide the money, and couldn’t let He Jun know about it. After thinking about it, I burned all the money. This was the safest option!"

Song Lang sneered and nodded, "You made Li Qiang’s motive sound so natural, but you and I both know Li Qiang. Would he regret selling his daughter? In fact, he’s been comforting himself the whole time, thinking that you were even better off with He Taiyang instead. A bad person won’t suddenly feel regret, because they won’t reflect on their actions at all!"

"In your eyes, all other people are bad people and trash, right?!" He Jingjing roared angrily. Song Lang knew that she had started to use anger to cover up her own wrongs again.

"I didn’t mean it like that." Song Lang said, "Do you know how I see it? You stole the knife from He Jun and gave it to Li Qiang. You told him the murder plan. The reason why Li Qiang agreed to commit murder was for money. As long as He Taiyang died, you will become the only legal heir as the “goddaughter”. Although He Taiyang wasn’t a billionaire, his estate is sufficient for Li Qiang to pay off his debts, and to cover your living expenses for most of your lives. As for He Jun, you may have thought that this nephew of his would threaten your inheritance rights, or perhaps you just wanted to use him as a scapegoat. He Jun is an ex-convict. Everyone knows he had conflicts with He Taiyang. Also, the knife is the one he carries with him everywhere. When these clues appeared in front of the police, He Jun was the most 'perfect' suspect!"

"Money, money, money. In the eyes of you police, for the sake of a bit of dirty money, people can even forgo being human! I didn’t participate in the murder. I didn’t know anything until September 2nd. You can go and confront Li Qiang about it!"

Song Lang suddenly realized a problem. Whether He Jingjing was an accomplice or not depended entirely on Li Qiang's confession, but Li Qiang was her biological father, and he couldn’t possibly drag his biological daughter down into the water when his murder charge is confirmed.

Song Lang dialled the internal phone line and asked someone to detain He Jingjing first and bring Li Qiang over. He set up a scheme to let the two pass each other by in the corridor, which would put Li Qiang under psychological pressure.

When he sat down in the interrogation room, Li Qiang's face had turned pale, and his legs kept trembling. Song Lang placed both hands on the table and said sternly, "Speak. What did you do on the night of September 2nd? I know you are under great psychological pressure right now, and telling the truth would be a relief to you."

"I… I didn't kill anyone!" Li Qiang was so nervous that even his lies were awkward.

In the end, under Song Lang’s pressure, Li Qiang confessed to the murder of He Taiyang. As for the motive, he said that he saw He Taiyang quarrel with Madam He that day. He Taiyang had hit her over the head with an ashtray. Madam He fainted on the spot and died directly after she was sent to the hospital.

Li Qiang blackmailed He Taiyang over this matter. He Taiyang had to deal with Li Qiang while making funeral arrangements. He had been completely overwhelmed. He kept bargaining with Li Qiang. At first, Li Qiang asked for four million. He Taiyang was only willing to give him half a million. During those few days of bargaining, these two old classmates said all the most offensive things in the world to each other.

This incident greatly humiliated Li Qiang. How could He Taiyang kill his wife so flagrantly and still sleep with his daughter every day? Wasn't it because he had some money?!

Thus, he pretended to agree to accept one million in blackmail money and planned to kill He Taiyang that day so that he wouldn’t be able to live so happily again.

During the whole process, Li Qiang spoke very fluently. Only one detail couldn’t be explained clearly - that is the knife. He said he had stolen it from He Taiyang’s house and didn’t know who it belonged to. This was simply impossible, because that knife was still with He Jun until September 1st. Could it be that Li Qiang had stolen the knife the same day he committed murder?

Song Lang guessed that he and He Jingjing had already figured out how to deal with the police in advance. In desperation, Li Qiang took on the entire responsibility, so that He Jingjing could still inherit He Taiyang's property.

No matter how rotten Li Qiang was, he still felt a bit of responsibility as a father. He insisted on his statement and swore that he would never withdraw his confession.

Li Qiang smiled carefreely. "I'm not a good father, but I’ll at least make it up to her in the end!"