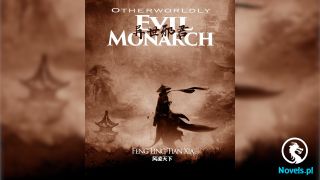 Wen Cheng assumed that Zhai Yunsheng wanted to discuss serious matters with him. As a result, he offered to go upstairs to have a private conversation.

“No need. We can discuss the matter here.”

“This…” Wen Cheng started as he looked at Cai Qinyue. After a moment of hesitation, he sat down on a seat that was furthest away from the ex-wife.

As everyone was now present, Zhai Yunsheng spoke: “In addition to bringing Yiling here today, I also brought another person over.”

Brought another person over?

Who did Zhai Yunsheng bring?

Everyone in the Wen family appeared to be puzzled.

Even Jian Yiling did not know of the person that Zhai Yunsheng brought along.

After a moment of suspense, Zhai Yunsheng snapped his fingers.

His bodyguards waiting outside received the signal through the communication device pinned to Zhai Yunsheng’s chest.

Then, a woman was brought into the living room of the Wen family.

As soon as they saw the woman, everyone’s expressions changed. Wen Cheng and Cai Qinyue were the most affected.

It was that woman! The woman who slept with Wen Cheng!

As soon as she saw this woman, Cai Qinyue could not hold herself back. She rushed forward and slapped the woman’s face.

Zhai Yunsheng did not stop Cai Qinyue. Instead, he let Cai Qinyue slap the woman.

Wen Cheng lowered his head in shame. He didn’t say a word.

After all, what could he say?

The woman being slapped stood obediently in place. She did not fight back.

After swearing at the woman, Cai Qinyue turned around and asked Zhai Yunsheng: “Master Sheng, what are you trying to do? Did you find this woman to humiliate me?”

“Even though you’re no longer related to me, I still do not have the need to humiliate you,” Zhai Yunsheng replied as he lazily leaned back.

“Mr. Yunsheng, what are you trying to achieve?” Grandpa Wen asked. He tried his best to say this in a calm manner.

Zhai Yunsheng did not directly answer Grandpa Wen’s question. Instead, he said to the woman: “You can explain the situation.”

The woman said: “That night, I deliberately set up Mr. Wen Cheng. As he was drunk and unconscious, he fell right into my trap.”

Upon hearing the woman’s words, Wen Cheng immediately stood up.

The woman continued to speak: “In addition, I only took off my clothes and Mr. Wen Cheng’s clothes that night. Nothing happened between us.”

When these words came out, everyone was shocked.

“Are you telling the truth?” Wen Cheng asked in shock.

Zhai Yunsheng said unhurriedly: “Yiling said that a man technically can’t make drunken mistakes when it’s related to those kinds of things. Drunkenness is often used as an excuse for murder. However, if a man is truly drunk, then he’s… Ahem… Unable to do those things.”

Upon hearing this, Wen Cheng suddenly began to cry.

The man that was well past fifty years old broke down and started sobbing.

At that moment, the weight in his heart was finally dropped.

He had been living in painful remorse and self-condemnation in the past few days. Every day dragged out like a year.

Naturally, Cai Qinyue did not believe in these words: “Everyone knows that Master Sheng is rich and powerful. This woman could be just fabricating lies because she received money from Master Sheng… After all, if she can accept money to do such nasty things, she would also be able to accept money to tell this lie.”