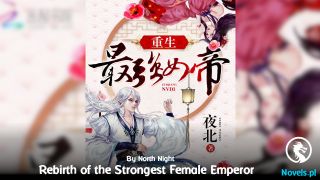 Jian Yiling thought about it for a moment before asking: “Settlement by month or meal?”

Jian Yiheng: “Either is fine.:

When Jian Yichen heard this, he was rather surprised. His sister actually agreed to this? And she was considering how to settle the meal costs?

Did the wavelengths of their brains somehow match?

When Jian Yichen thought about this, he shamelessly asked his brother: “Brother, why don’t you bring me along as well? I don’t think you’d end up finishing the money in your meal card in your lifetime. I can help you finish it!”

And thus, Jian Yiheng and Jian Yichen had a legitimate reason to dine in Jian Yiling’s apartment.

Qin Chuan was awakened by a dream.

After he woke up, he stared into the darkness of his room.

He did not know how many times he had been woken up by nightmares.

Ever since the death of his father and the kidnapping of his mother and sister, he was having frequent nightmares.

Surprisingly, he had the dream that Jian Yiling had told him about.

Jian Yiling had said that she had dreamt of him hurting her.

And he actually dreamed about this scene.

To his surprise, in his dream, Jian Yiling was in love with him. Her love was crazy and she did many extreme things.

In this dream, he saw her crying in the rain. She asked him many questions. Didn’t they meet first? Why did she like him so much? And why did he not like her? And finally, why did he fall in love with Mo Shiyun, whom she hated.

He told her that when it comes to love, it doesn’t matter who came first and who came later. He told her that he did not like the way she treated Mo Shiyun. He said that Mo Shiyun worked incredibly hard. Unlike her, Mo Shiyun did not come from a good family. And finally, he said that she should address her own problems first.

However, she told him that she loved him. He was the only light she had in her eternal darkness. She begged him not to snuff out her only source of light.

And yet, he rejected her. He resolutely told her that she should not think of him as her source of light.

And then, she cried. She knelt in the rain and wailed.

However, for some reason, he clearly felt that it was her.

It was the manifestation of someone’s love.

She was losing her mind because of love.

Was it because she couldn’t get the love she wanted?

Previously, she did not understand why Jian Yiling would treat him like that because of a dream.

However, he somewhat understood now.

It was because the dream was way too real. It seemed as though it was a memory of what had happened.

Then, Qin Chuan remembered the agreement Jian Yiling got him to sign.

When he signed the agreement, he did not know the reason behind it. However, if it was because of the contents in the dream, everything could be explained.

Then, Qin Chuan took out his phone. He scrolled through the chat records between himself and Jian Yiling.

Even though they had known each other for three years, there were only a few messages between them. And all of them were discussing his mother’s condition.

“Jian Yiling, did you know from a long time ago that if you fell in love with me, you would plunge into an abyss of darkness? Is that why you don’t want to get close to me?”

Qin Chuan muttered to himself.

However, he knew that he could not get an answer to his question. Even if he went to ask Jian Yiling about this, she would probably not address his question fully.

“Is it because you once loved me and your love was never reciprocated? If you hadn’t been hurt, would you have fallen in love with me again?”