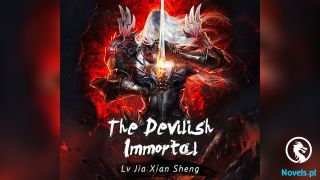 «From Sidekick to Bigshot (Web Novel) - Chapter 1234: Rabbit No Longer Burrows into His Bed

Chapter 1234: Rabbit No Longer Burrows into His Bed

When both Master Zhai and the Second Master of the Zhai family said this, the Jian family couldn’t really say anything else.

And thus, the two families began to discuss the other logistics of the wedding.

Near the end of the talk, Master Zhai asked if Grandma Jian and Grandpa Jian were willing to let Jian Yiling move back with Zhai Yunsheng. The reason for this was that Jian Yiling still had to look after Zhai Yunsheng’s health.

“Brother Jian, my grandson’s health has just gotten better. Yiling still has to monitor his vital signs. Furthermore, Yiling said that the medicine and drugs she’s using right now haven’t been widely tested. There’s not much data available… Therefore, everything should be closely monitored…”

Naturally, Grandpa Jian and Grandma Jian did not want Zhai Yunsheng to experience another accident.

Even though they hated the fact that a certain someone gobbled up their precious granddaughter, they were still more concerned about his health and wellbeing.

“Alright then… Even though we’d like the groom and bride to not meet before the wedding, I guess we have to be flexible. In the end, A Sheng’s health is more important,” Grandpa Jian replied.

Grandpa Jian and Grandma Jian were not antiques from the past. They knew when to compromise and how to adapt.

And thus, with the help of Master Zhai, Jian Yiling moved back in with Zhai Yunsheng.

However, before Jian Yiling left the Jian Residence, Grandma Jian dragged her granddaughter into a room and spoke with her for a while. It seemed like she was teaching her something.

That night, when Jian Yiling moved back in with Zhai Yunsheng, Zhai Yunsheng planned to enter her room again. When he reached for the door, he realized that the door was locked.

He quickly brought over the keys for the room to unlock the door. However, he soon realized that there was a burglar-proof padlock as well. Therefore, the key could not open the door.

In the end, Zhai Yunsheng could only give up on his plans.

That once reckless rabbit who made her way into his room had completely changed.

She no longer burrowed her way into his bed. In fact, she even took the initiative to lock him out of her room.

For the next few days, Fei Qing continued to have academic exchanges with the Dean of Lahaisen Hospital.

After these exchanges, Fei Qing felt incredibly good about herself. In fact, she felt more confident when she saw Jian Yiling again.

Fei Qing and Jian Yiling were both required to attend a weekly conference on Monday.

Jian Yiling arrived there ahead of time.

During the time she was waiting, she opened her laptop to do some work.

When the other doctors and nurses entered the conference room, they would take the initiative to greet Jian Yiling.

Typically, everyone would be busy with their own work. Furthermore, as they were in different offices, it was rare for them to get a chance to see one another.

Therefore, they could only talk before certain meetings.

“Dr. Jian, the method you shared with us last time was incredible. We benefited from your teachings a lot.”

When she saw the people who greeted her in the past greet Jian Yiling, Fei Qing’s face couldn’t help but become ugly.

In the past few days, Jian Yiling’s complexion indeed became better. She no longer seemed as cold as before.

“Jian Yiling, don’t be full of yourself,” Fei Qing mocked.

Jian Yiling turned around to look at Fei Qing indifferently.

She did not understand what Fei Qing was talking about.

“Jian Yiling, everything comes and goes. Even if you’re doing well right now, it doesn’t mean that you will be doing well in the future.”

Now, Fei Qing had the courage to speak with Jian Yiling. After all, even the Dean of Lahaisen Hospital appeared to appreciate her talent and capabilities.