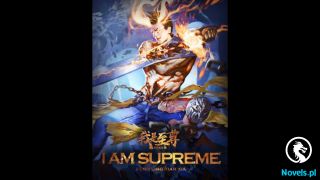 «From Sidekick to Bigshot (Web Novel) - Chapter 1233: Dowry for Marriage

Just based on one photo, An Yang had deduced such a long list of information.

In An Yang’s mind, he was wondering if Han Mengyu was pursuing Hu Jiaojiao.

The diamond necklace looked quite expensive. This meant that a normal friend wouldn’t give such a gift.

Why would she accept a diamond necklace from a strange man?

He definitely had bad intentions!

The more he thought about this, the more agitated An Yang became. He sat up on his bed.

The hotel’s bed was not comfortable at all. He kept tossing and turning all night.

Eventually, at five o’clock in the morning, before the sky was even bright, An Yang got out of bed.

He wanted to go and look for Hu Jiaojiao. However, those painful memories flooded his mind again.

Back then, he didn’t want to give up on her.

However, their families kept arguing because of them.

Just like his grandfather said, if he wasn’t strong enough, he shouldn’t ask for a lot in life.

He went to his grandfather’s place to find some peace.

He wanted to calm down and collect his thoughts.

And yet, everything crumbled as soon as he returned to Beijing.

He still couldn’t force himself to give up on her.

An Yang felt that there were two voices inside his body that were tearing him apart.

One of them wanted him to go and contact Hu Jiaojiao;

Whilst the other told him to leave her alone.

As An Yang struggled with these thoughts, he powerlessly laid back down again.

Hu Jiaojiao did not quite understand why Jian Yiling got her to make that Weibo post.

However, she still made that post as she trusted Jian Yiling completely.

In fact, if Jian Yiling asked her to make ten posts, she was completely willing to do that as well.

The frequent encounters with An Yang in the past two days made her quite upset. Therefore, she decided to focus on the work at hand. She wouldn’t visit Jian Yiling for the next few days and she wouldn’t think about An Yang again.

After Jian Yiling stayed at the Jian Residence for a few days, Master Zhai and the Second Master of the Zhai family came to visit Grandpa Jian and Grandma Jian.

They brought along their carefully prepared dowry as well as Zhai Yunsheng’s birth date and time.

According to traditional customs, after the man and woman exchanged their birth dates and times, the groom’s elders could set a date for the marriage.

When Grandma Jian and Grandpa Jian read the dowry list prepared by the Zhai family, they were utterly dumbfounded.

Was the Zhai family preparing a dowry or were they giving over an entire city’s worth of wealth?!

Were they actually planning to give over half of their family shares?

Grandma Jian and Grandpa Jian looked at each other in surprise. Then, they handed the list to Jian Shuxing and Wen Nuan.

Jian Shuxing and Wen Nuan had the same reaction when they saw the dowry list.

“This… Doesn’t need…” Jian Shuxing stuttered. He didn’t know how to express what he was feeling.

Despite the surprise, he was also happy for his daughter.

By giving over half of their family fortune, it was recognizing their daughter’s importance.

His daughter definitely would not suffer any hardship after she married into the Zhai family.

Master Zhai said: “This is definitely necessary. Yiling is A Sheng’s good luck charm. She’s also helped the Zhai family a lot. She’s definitely worth all of this.”