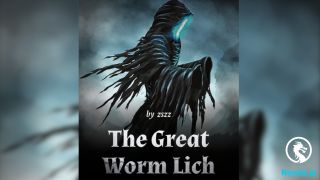 Chapter 2595: The Secret Command Center Inside the Royal Palace

On the capital planet, below the atmosphere and above the earth, it was the iron nest where almost a hundred billion people lived.

Faced with the overwhelming fleet that occupied the entire sky, naturally, most of the residents of the capital felt that it was the end of the world.

However, in the competitions of interstellar warships, Colossi, and Immortal Cultivators, the ordinary people who made a living on the surface on the planet did not have any say about the matter. Thanks to the suppression of the reformists and the Imperial Guards who had gone mad, basic order was still maintained on the capital planet after a month of fierce battles.

The central politics district near the royal palace was the place where the most extreme, unwavering, and zealous reformists, as well as a tiny proportion of insiders who had faith in Blackstar the Great, were gathered.

As they were faced with the suppression of the four families’ ace fleets, their courage to die together with the enemy was actually triggered. The whole royal palace was enshrouded in gloominess that felt like a concrete black fog.

Deep inside the royal palace, two Imperial Guards supported a lackluster, heavily wounded officer of the Astounding Thunder Fleet to walk to Li Linghai and reported, “The three boats that jumped to the capital today suffered the blockade of the hunting fleets of the four families. One of the boats was blown up on the spot, and the other two lost momentum and defense shields and crashed on the planet.

“They were seriously torn and scourged because they entered the atmosphere from too steep an angle and too fast. It is estimated that one of the boats fell apart directly in the atmosphere into countless pieces that landed on the Silver Moon Ocean. We found part of the remains and confirmed the severity of the damage. It is barely possible that the crew inside survived.

“The other boat, while riddled with holes and terribly torn, managed to keep the basic struggle. The ‘Red Box’ where the storage chips were kept has been found, and the captain has been saved too.

“The data stored inside the chips are being parsed and read. This is the captain of the boat. At the behest of General Lei Chenghu, he wants to meet Your Grace!”

Deeply seated on the throne that was in the shape of a starship, Li Linghai was completely soaked in darkness although the light was flashing. The only things that could be seen were a few strands of white hair and her eyes that were almost transparent.

It was not until this moment that she finally craned her head out of the dark. She scanned the dreary captain with her eyes that could almost see through his soul before she said in a hollow and unpredictable voice, “What’s the situation in the Seven Seas Space Zone? What does Marquis Liaohai want to say to me?”

“To answer your question, Your Grace, we have made significant breakthroughs in the battle of Seven Seas. Our army has crushed Yun Xuefeng’s battle formation and even captured ‘Landslide’, his flagship-in-general. As for the person himself, he has disappeared from space. It is not confirmed yet whether he has died or fled.”

The weary captain coughed lightly and said, “However, the four families’ coalition fleet hasn’t given up resistance yet. Their remaining forces have been gathered under Song Yushi, a seasoned general of the Song family, and they are still resisting our army.

“The details and data of the battle are all stored in the chips. After they are parsed, Your Grace will know everything.

“As for Commander Lei’s secret order, he wished to speak to Your Grace in person. Therefore, he was hoping that Your Grace could activate the ‘Heaven’-level communication line of the highest secrecy.”

“He wants to use a ‘Heaven’-level line?”

Li Linghai raised her eyebrow that seemed to be made of iron needles. “So to speak, Marquis Liaohai does have important military affairs to discuss with me?”

The real-time communication between the capital and the Seven Seas Space Zone was solely dependent on the communication ships and the mobile secret communication bases. Such a wireless way of transmitting information and data could be compromised and monitored by the enemy easily.

Chances were that every word that Li Linghai and Lei Chenghu said after their real-time communication began would be heard by the commanders of the four families’ ace fleets. How could they fight the war if so?

Therefore, the communication ships and the secret communication bases had all been installed with the state-of-the-art anti-interference and anti-invasion units. According to their levels and performances, they were classified into four levels, namely “Heaven”, “Earth”, “Dark”, and “Yellow”. Naturally, the higher their level was, the less likely they would be hacked, and the more valuable they would be.

Among them, there was only one last secret communication base whose security level was “Heaven”. Once it was activated and started transmitting abundant information between two Sectors, it would definitely be discovered by the hunting fleets of the four families and destroyed in an hour.

Lei Chenghu wanted to communicate with her in real time even though the cost was the last “Heaven”-level communication line. What was he trying to say?

Li Linghai sank into darkness again and rubbed her temples with her fingers softly. Pondering for a long time, she still decided to grant Lei Chenghu his request.

After all, Lei Chenghu was still the reformists’ best warrior at this moment. There were plenty of his admirers even in the Imperial Guards. His prestige had already infiltrated the bones of all the soldiers of the Imperium.

The battle of Seven Seas had also come to the most critical moment. Lei Chenghu must have his own reasons to reach out to the capital in real time at such a great cost.

Besides, in another few days, everything would be settled. Nothing could possibly stop him from achieving an everlasting enterprise!

An hour later, deep inside the royal palace, in a secret command center that was independent of the joint command center of the Imperial Guards and the Astounding Thunder Fleet on the ground, Li Linghai stared at the array of super crystal processors that were as magnificent as mountains before her eyes coldly while floating in the midair.

The super crystal processors spurted out the glittering fog that condensed into a vivid light beam that was even more delicate than the Grand Illusionary Land.

She seemed to have crossed the bridge of time and space and directly appeared on the bridge of “Iron Torrent”, the flagship of the Astounding Thunder Fleet, communicating with Lei Chenghu face to face.

No, it was not her. Her long hair and her eyes had turned black like abysses, and gloomy dominance could be found on her face. She seemed to be surrounded by a few raging purple dragons in black scales. It was Blackstar the Great who was controlling the body.

In the vast space at the periphery of the Empyreal Terminus Sector, a secret communication base that was as cold as an inactive volcano was woken up all of a sudden. Unleashing waves of a special frequency and slashing the barrier of the three-dimensional universe, it connected the data of two worlds that were as abundant as an ocean.

In front of Wuying Qi, colorful swirls were wriggling and gathering into a gate of rainbows. Lei Chenghu’s image that looked like a tough iron statue appeared from the rainbow gate clearly.

Lei Chenghu bowed at Wuying Qi deeply, with admiration and zealousness all over his face.

Wuying Qi said gloomily, “We have only one last ‘Heaven’-level line left. The secret communication bases that supported such real-time lines usually survived less than forty minutes in the past, which means that our communication may be cut off by the enemy any time after twenty to thirty minutes.

“I’ve read the battlefield data that you sent through boats over the past few days. Yun Xuefeng’s defeat and death is only a matter of time, and it was within our expectation that Song Yushi, the old cunning fox, still kept part of the combat ability since he had been dawdling at the edge of the space zone. I don’t think you are activating the extremely precious line just because of Song Yushi and Yue Xuefeng.

“Therefore, did something unexpected happen in the Seven Seas Space Zone?”

Lei Chenghu said, “To be more precise, it was not something unexpected, but someone expected—this guy.”

Lei Chenghu waved his hands. A tiny holographic window was immediately opened next to them, displaying the picture where three Colossi, countless crystal suits, and crystal tanks barraged and blew up a space shuttle.

However, right when the space shuttle exploded, a vigorous shadow jumped out from it and shouted in the most high-pitched voice, “Commander Lei, what are you doing? We are great heroes, and we should cherish each other! We are the same kind of people! We can agree to disagree and create a beautiful future together!

“Don’t be so stubborn! At least run some investigation! There’s a scheme in the capital! A great scheme!

“You… You stupid moron! My mouth is getting dry, and you still do not believe me? You will regret it! You will definitely regret it! Ahhhhhhhhhhhhh!”

Like a burning turkey, the guy jumped up and down in the storm of bullets and fled in panic.

Seeing that, Wuying Qi narrowed his eyes and rubbed his nose. He said in a sigh, “Li Yao, the Cultivator who always appears in a wrong place at a wrong time and who brings nothing but trouble, has indeed emerged again. However, how did you manage to surround him? I can tell that the place of your battle is a garage on Iron Torrent. Is he alive or dead? What did he say to you?”

“It’s indeed the Cultivator Li Yao that Your Majesty reminded me of earlier, and the place was truly a garage on Iron Torrent. However, I did not surround him; it was he who voluntarily fed himself to me.”

Emotionlessly, Lei Chenghu said, “He came to my flagship like an idiot, with nobody else other than Li Wuji as a disguise, and tried to sow discord between me and Your Majesty. He was even trying to talk me into joining his side and cooperating with him to deal with Your Majesty.

“I was not a three-year-old, and I was certainly not tricked by him, but I pretended to agree with him to ease his wariness. Then, I concentrated on the firepower of three Colossi and a whole marine team, hoping to annihilate him once and for all.

“It’s a shame that while the guy’s brain was missing, he did have remarkable brawns. Despite the unfavorable circumstances, and even though he was faced with the destructive scourge of firepower, he was still able to take out a Cosmos Ring from somewhere unbelievable, summoning his Colossus. Eventually, he still got away and escaped.”