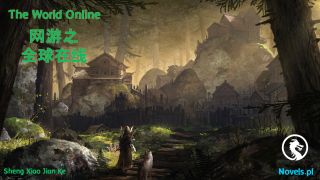 Chapter 885: The Fourth Azure Envoy and News of the Class 6 Rift

Since Mystic Moon did not look inside the brocade box, he did not know what the Moon Empress had given to Lin Yuan.

The moment he saw what was inside, Mystic Moon started to cough and splutter.

The Moon Empress was showering buckets of love on the Young Lord as usual.

Lin Yuan did lose a substantial amount of vitality during the Martial Stage component of the Martial Arts Stage. However, that rigid vitality had clearly been one of Lin Yuan’s secret weapons, and he seemed unaffected after using it.

Yet the Moon Empress was willing to give one Moon Dew Revival Pill, which could heal shattered souls and bring back people from the brink of death, to Lin Yuan just so he could recover from his battle.

This was too ridiculous!

Nonetheless, the Moon Empress would always lather Lin Yuan with such outrageous affection.

You Zhe gulped when he saw the Moon Dew Revival Pill.

The Moon Dew Revival Pill was unique to the Moon Empress, and she was the only person in the world who had it.

According to rumors, various Creation Breed plant-type feys were used as spiritual ingredients and mixed with the Sacred Cry Moon Beast’s tears to create the Moon Dew Revival Pill.

Although Chef Supreme and the Bamboo Monarch were also Class 5 Creation Masters, they were unable to create the Moon Dew Revival Pill without the recipe and the Sacred Cry Moon Beast’s tears.

Even Chief Guard Ye had to make a personal trip to the Radiant Moon Palace in order to obtain the Moon Dew Revival Pill. Yet now, the Moon Empress was casually giving it to Lin Yuan.

This was too frivolous!

While You Zhe was leading them to the Night Words Pavilion, he had already checked Lin Yuan’s injuries for fear that he had sustained hidden injuries during the fight.

But after thoroughly checking Lin Yuan’s condition, You Zhe realized that Lin Yuan was still as healthy as an ox.

He did not even have a scratch on him. It was clear that he had drunk his fill of Silver Stamen Gold Luster Cassia nectar.

Although Lin Yuan did not know what this pill was, he used True to learn its effects.

He could not bring himself to consume such a precious pill.

After all, he did not have any injuries that needed to be healed by the pill.

Mystic Moon nodded and did not insist on Lin Yuan eating the Moon Dew Revival Pill because he saw no rush in eating it another day when Lin Yuan found it really necessary to do so.

When he opened the box, he could not help but gasp in amazement at its beauty.

Mystic Moon quickly took the box from Lin Yuan and said, “Young Lord, take off the spirit qi clothes you’re currently wearing. It’ll be a rush to finish putting on the Moonbeam Coronation Costume in an hour.”

Lin Yuan hastily disrobed. He was in the presence of men and did not have anything to be ashamed about.

Both the Moonbeam Coronation Costume and Night Clear Water Coronation were equally challenging to put on.

Thankfully, Mystic Moon and You Zhe were extremely familiar with how to put the coronation costumes on.

While Mystic Moon was helping him to put on the Moonbeam Coronation Costume, Lin Yuan gently touched the plum flower patterns on his collar.

He realized that the plum flower patterns were not embroidered but rather seemed to be part of the fabric itself.

The plum flower petals even seemed to have the firmness of fresh flower petals. Lin Yuan could not help but be curious about how this was possible.

As he listened to Mystic Moon talk about the Moonbeam Coronation Costume, Lin Yuan suddenly felt as though it became much heavier.

He dared not imagine how much the Moonbeam Coronation Costume was worth.

The flowers of petal-type feys were their most valuable feature, yet a Creation Breed petal-type fey’s petals were still unworthy of being on the Moonbeam Coronation Costume.

This level of opulence was unimaginable.

Lin Yuan finally understood why he had not been able to learn anything about the Moonbeam Coronation Costume from True Data.

Morbius had not reached Fantasy Breed and could not check on Creation Breed feys.

It was just like how Lin Yuan could check on the Moon Dew Revival Pill’s effects but not what spiritual ingredients it was made of.

However, Lin Yuan did not know what the radiant pearls were. He assumed that he still did not have the authority to interact with something like that.

The veteran and top faction leaders were waiting for the Guard Ye Banquet to begin officially.

They were also silently listening to the conversation between the 13 members of royalty with rapt attention.

The Spacetime Elder, who had been silent until now, said to the other 12 members of royalty, “Did you hear that the Azure Envoys of the Azure Federation have decided who the fourth Azure Envoy will be?”

Night Leaning Moon, the Bamboo Monarch, Chef Supreme, and the Moon Empress frowned. Clearly, they had not heard the news.

But since the news had come from the Spacetime Elder, the news could only be true.

Both the Azure Federation and Radiance Federation were part of the three major factions and were connected by the Radiance Azure Waterway.

The federations traded an immense amount of resources with each other. Hence, news about the fourth Azure Envoy was truly important.

The calm voice from the phone said, “Spacetime Elder, stop showing off. You went to the Azure Federation recently, so it’s only natural that you know more about the happenings there than us.”

The Spacetime Elder replied hurriedly, and it was obvious that he greatly respected the man on the other end of the phone.

The calm voice replied, “It’s strange that the two beast patterns cohesively exist in her body without clashing with each other! There sure are more and more interesting young people! The news of the Class 6 dimensional rift will also be officially announced during the banquet later.”

The veteran and top faction leaders were immediately overcome with elation when they heard the calm voice over the phone.