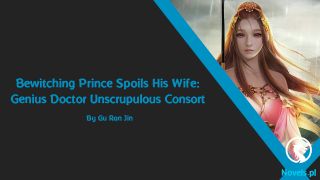 These Class 2 and 3 Spirit Craftsman had always longed for Bronze/Epic feys, but they never imagined that they would ever be able to obtain them.

It had even been difficult for Hu Quan to obtain a Bronze/Epic Wood Weaving House Centipede when he was a Class 4 Spirit Craftsman as he needed luck on top of skill.

As such, it was no wonder that Bronze/Epic feys were so precious to the Class 2 and 3 Spirit Craftsmen.

It was no lie that these Spirit Craftsmen had worked tirelessly for Lin Yuan’s sake. They did it with Lin Yuan’s promise to them in mind, but that was not the sole reason.

If they had only prioritized their profits, they would not have agreed without question to a job where they would be separated from the rest of the world.

When Lin Yuan last mentioned the Bronze/Epic feys, the Spirit Craftsmen had all been hopeful. However, none of them imagined that their hopes would be realized in a matter of days.

Moreover, Lin Yuan was not just giving them any Bronze/Epic feys, but ones that they had specified themselves.

From the way Lin Yuan spoke, it seemed that they would be able to obtain the Bronze/Epic feys after just one or two days.

Ever since these Spirit Craftsmen entered Heavenly Craft Pavilion, they had been hard at work learning from Hu Quan and had not had the time to understand the culture in Sky City.

But now that they were offered such a reward, the Spirit Craftsmen realized that Sky City was on such an unbelievable scale that Bronze Epic feys could even be nurtured in a matter of days there.

A true gentleman would die for his closest friend, but there were very few people who would give without asking anything in return. Every gift had to be repaid.

Yet, these Spirit Craftsmen were being repaid so soon after they started working. They were all touched and motivated by Lin Yuan’s actions and were ready to work harder than ever to repay him.

When Lin Yuan failed to mention him in the announcement about Bronze/Epic feys, Liu Tong knew that there was a larger reward in store for him.

Just as Liu Tong had predicted, Lin Yuan turned to him and said, “Liu Tong, even with a Vitality Sloth, it must have been hard for you to tirelessly manage the work here.”

Liu Tong had gone without sleep for so long that tears started to well up in his dry eyes.

He knew that he was a nobody. Ever since he was accepted under Hu Quan’s tutelage, all he did was doggedly work to pick up the skills and do his best to leave an impression on Hu Quan.

The first time that Liu Tong had spoken to Lin Yuan was at the back of the mountain.

He would never have believed that an aristocrat like Lin Yuan would remember his name after the very first introduction. This gesture made Liu Tong feel respected as it meant that Lin Yuan regarded him as an equal.

Because of Lin Yuan, Liu Tong knew what it felt like to be willing to die for someone.

Just as Liu Tong was about to speak, Lin Yuan said, “I remember when we last spoke, you said that you’ve comprehended a Willpower Rune but haven’t found a suitable fey for it. Why don’t you request a fey for yourself too? I’ll nurture a Bronze/Legend fey according to your specifications. Work hard. I have faith in you!”

He was still exhausted despite having contracted a Vitality Sloth, and he suddenly wondered if he was dreaming.

After surveying the construction around the area, Lin Yuan said to the Spirit Craftsmen, “Once you’ve contracted a Vitality Sloth, you’ll only have to sleep two to three hours each night. However, you can’t spend all the remaining time working. You can mark off an area within the territory and plant some of your favorite fruits or pretty plants there. You can even dig a pond and rear fish-species feys.

“The territory is huge and more than big enough for each of you to build a house of your own. I will arrange for the breeding rooms you rushed to build to be assigned to Creation Masters as well as place a guard by the entrance. If you need anything in the future, you can let the guard know. The Creation Masters in the breeding room will be able to provide some of your needs.

“As such, you can let the guard know about any plants, tasty fruits, decorative feys, or anything else that you need. You will be here for a long time. It’ll be best if you can treat this place as your home or develop a sense of familiarity with it.”

Lin Yuan’s rewards had motivated the Spirit Craftsmen, but his words now brought light into their lives.

Spirit Craftsmen were a creative bunch, and they already had ideas for what they were going to do with their own area. After all, every person would be agreeable to living in a beautifully flourished area.

The things that Lin Yuan said were his exact plans for the marsh world that he had in mind from the beginning.

As he continued to expand into the marsh world, the base would only grow larger, and he would eventually come into contact with native factions as well as people from various federations that came through Class 6 marsh dimensional rifts to enter the marsh world.

In such an environment, only the strong would gain respect.

Thus, his territory in the marsh world would regard outsiders with increasing hostility.

However, he hoped that those who lived within the territory would be able to live harmoniously in a haven.

Rising Lizard took them to the edge of the marsh.

At the thought that the Medusa Snake Demons would likely have attracted another group of Medusa Giant Lizards, Rising Lizard excitedly raced ahead.

Previously, Lin Yuan could see the black dirt on the ground when he rode Rising Lizard.

But now that Rising Lizard was Class 7, Lin Yuan’s vision was completely blocked by Rising Lizard’s expansive back.

He estimated that Rising Lizard was around 45 meters long now.