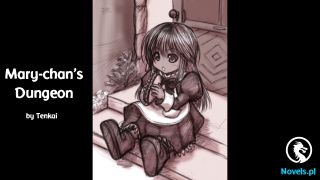 Lin Yuan could not hold back the disdain he felt as he looked at Qian Yu behind him.

He found it strange that he was feeling that way.

He always treated people with kindness and empathy and always thought about problems from the perspective of others as long as they did not infringe on his principles.

It could be said that besides the people from Whale Ocean Commerce who had betrayed the Radiance Federation, Lin Yuan had never felt disdain toward anybody.

However, it was also not natural for Lin Yuan to feel such disdain for Qian Yu.

Qian Yu was very powerful and was the Freedom Federation's third Freedom Envoy. Thus, Lin Yuan did not have the power to validate his disdain.

If not for Blue Lotus” blessing, the Insect Queen in the Emperor's Revival state, and the Sword Skills successfully killing two of Qian Yu's feys and injuring a third, there was no way that Lin Yuan would be able to defeat Qian Yu.

Lin Yuan carefully examined this feeling and realized that it was the same feeling Red Thorn felt toward four-winged fairy source-type lifeforms.

This was a disdain that was innate and was rooted in the bloodline.

Lin Yuan suddenly remembered that he would also turn into a mermaid when he fused with Dark Blue.

Dark Blue's power was on a completely different level from before.

The water-type heavenly-maiden-grade elemental pearls produced by the Aquamarine Elemental Shellfish were shared between Dark Blue and the Floating Island Whale in the past.

But now that the Floating Island Whale had hatched, it still needed pure wind and water elements, but it mainly needed pure spirit qi.

Thus, besides the water-type heavenly-maiden-grade elemental pearls that he had traded to Yin Lin, all the rest had been absorbed by Dark Blue.

Dark Blue had reached Diamond X/Legend. Its quality was still Legend because it required special conditions in order to evolve into a Fantasy Breed fey.

Dark Blue needed to gather 12 types of strange water in order to evolve to Fantasy Breed.

Yin Lin had given Lin Yuan three types of top-grade strange water in exchange for the water-type heavenly-maiden-grade elemental pearls, and Lin Yuan had managed to find one after searching on his own.

Moreover, Dark Blue's power was related to the quantity of faith power in the shrine in Lin Yuan's soul.

Ever since Lin Yuan discovered faith power, he had been trying to come up with a way to boost the amount he possessed.

During the blood pact ultimate fight between Connected Beast Park and Sky City, Lin Yuan had even instructed Tian Ningning to fetch other reporters to report on the fight.

However, all the previous events were trivial by comparison.

Although Lin Yuan had gained a large amount of faith power then, it could not be compared to the faith power that he gained afterward.

In the midst of displaying his power on Star Web, Black had broken the record of consecutive wins on the Celestial Stairway and defeated Lu Shuang. All of this had resulted in an accumulation of faith power.

However, all this faith power also paled in comparison to the amount of faith power he gained during the Radiance Hundred Sequence selection.

Ever since the six wings sprouted from Lin Yuan's back, the production of the sand castle in the sky, and the summoning of the sea of flowers and insect tide, the amount of faith power in his shrine had skyrocketed.

Moreover, the amount of faith power in the shrine had doubled during Capture the General.

Now, as the group battle progressed, the faith power in his shrine was climbing every second at an unprecedented rate.

Previously, the shrine had been like a constellation of golden dots. But now, it was more like a galaxy.

Even Lin Yuan could not be certain of how much faith power he had gained.

Lin Yuan had used his own ability to earn the faith of the entire Radiance Federation.

He had not fused with Dark Blue in a long time.

There was no fey in this sea that would have greater power than him if he fused with Dark Blue.

The entity he transformed into would not only be suitable for fighting in the sea but would also be able to manipulate the water.

He would only be able to protect Liu Jie, Gao Feng, Zong Ze, and Liu Yifan from Qian Yu's attacks if he was able to manipulate the sea.

After transforming, Qian Yu was in no rush to attack.

He fixed a mocking yet ferocious look at Lin Yuan as he growled, “You killed two of my feys and severely injured the roots of a third. Now, you must pay the price!”

Lin Yuan's expression did not change in the slightest when he heard what Qian Yu said. He was also unbothered.

Lin Yuan realized that all three of the Diving Songstress” abilities were very strong.

From the moment the sea produced by the Diving Songstress made contact with Lin Yuan, he could hear faint singing. However, the singing did not have any effect on him.

The song of a mermaid should be exceedingly pleasant.

But to Lin Yuan, it sounded like noisy chittering. It could only be described as irksome.