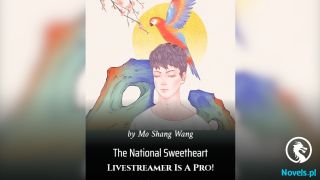 Previously, Lin Yuan only had pure curiosity and no way of finding out the answers.

But now, he just needed to find the things that could fill the holes in the Morbius bracelet, and he would be able to see what the Jasmine Lily, Blackie, and Purple Afterglow’s other abilities were.

“Morbius, when the Radiance Hundred Sequence selection is over, I will take you to find the things that can fill the holes. Even if you can’t find what it is, we’ll still sweep the main world and dimensional worlds. I believe that we’ll eventually find it.”

A smile appeared on Morbius’ stern face, and it said, “Partner, sorry to make you work so hard.”

Morbius was a fey.

Lin Yuan felt that Morbius had been his companion ever since he was born into this world, and a deep bond linked them. Morbius felt the same way about Lin Yuan.

No one felt as deeply for Lin Yuan as Morbius in this world.

However, Morbius was still a lifeform, and every lifeform wanted to trace its roots.

“Partner, the day will definitely come that I’ll complete you. You will be able to learn all the secrets about yourself,” said Lin Yuan.

Lin Yuan spoke with certainty, and it sounded like a promise.

Morbius’ heart warmed when it heard what Lin Yuan said.

Morbius said softly, “Partner, I will do everything to protect you for the rest of this life.”

At that moment, a thought seemed to strike Morbius, and it said, “Partner, I used my source power to fuse and produce the Sacred Sword Wielding Queen. My Spirit Lock spatial zone can produce pure spirit qi because the spirit pool can distill and purify spirit qi from the energy ores.

Lin Yuan nodded slightly when he heard what Morbius said.

Morbius’ words gave Lin Yuan a range, which made it much easier for Lin Yuan to proceed.

Lin Yuan decided that after the Radiance Hundred Sequence selection ended, he would immediately head to the Startling Lines Continent to get a hold of matters.

He needed to focus on developing the marsh world before the main world was thrown into chaos.

Lin Yuan would not have a chance to use abilities besides the Normal abilities of the feys he had spirit-locked during this Radiance Hundred Sequence selection.

However, Lin Yuan hoped that his spirit-locked feys would be able to shine to their greatest extent during the Major Federation Meeting.

“Morbius, you should be able to sense that there are two souls in my brain. They are currently separate but can be combined. But the soul from my previous life and my current soul are my soul. I think my soul can contract another sacred source lifeform.”

Lin Yuan happened to learn the secret behind sacred source lifeforms in the marsh world.

It seemed that it was now necessary for him to make the trip to the Palace of Everything so that he could choose two sacred source lifeforms that were suitable for him and fuse them.