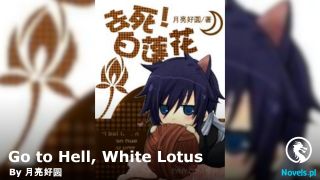 Chapter 573: Giant Serpent in the Sea

“This defense is really crazy!”

The monster with the strongest defense that Feng Luo encountered previously was the Level 45 Steel Beetle Boss monster back in the Town of Exile.

Before it cast its energy shield, the Steel Beetle Boss’ defense was so strong that it only suffered single-digit damage after getting hit by players’ machine gun bullets.

However, this Shark Turtle’s defense was definitely much higher than the Steel Beetle.

A Quasi-Boss Grade monster had such ridiculous defense.

Insane. This word was definitely the word that was on every player’s mind at that moment.

Not only was the defense of the large mountain range-like, hexagon-shaped giant turtle shell amazing, but even the Shark Turtle’s fleshy head had a defense strength that was not any weaker than the turtle shell.

Only the attacks that reached the inside of the monster’s mouth managed to inflict Weak Point Damage, though the damage number was only one-third of the usual.

However, as a Quasi-Boss monster, the Shark Turtle was not going to be stupid enough to keep fighting the players throughout the entire battle.

Black Panther’s sniper rifle rang as a shot struck the Shark Turtle. The bullet with a light blue tail flame only managed to hit the outside of the mouth of the Shark Turtle after it snapped its mouth shut following the few previous attacks.

Even a 12.7mm special bullet paired with a Rare Grade sniper rifle could only inflict a little over 500 damage.

“This won’t do. We can’t do anything to it unless we break its defense down first!” Said the tall and slender female Scout after she saw the damage inflicted by her gray submachine gun was only in the double digits.

White Crescent felt odd and asked, “Why aren’t the people from Nine-Star Guild using the weapons on the military boat? The heavy weapons are definitely the only things that can break through this Shark Turtle’s defense right now.”

“It is not that simple. This guy is chasing closely behind the military boat. If we aren’t careful, using the torpedo or the high-energy water mine at such a close range may damage the military boat.” Black Panther answered.

When Black Panther replied, his hand movement did not stop and he fired another shot at the Shark Turtle. However, the damage did not even reach 500.

“Sh*t, isn’t this guy a turtle? Why is it moving so quickly?” Big Pineapple asked in disbelief.

“Don’t mix up a tortoise and a sea turtle. Turtles move very fast in the sea. In fact, they are faster than most land animals.” Digital Cat said, looking straight at the Shark Turtle.

Arnold, who was standing behind her, was no longer holding a shield, instead, it had joined in to attack the Shark Turtle.

However, Arnold held a four barrel machine gun. Compared to the machine guns players typically used, it did not have any attribute bonus, so the damage dealt was even lower. The hits only dealt damage ranging around “-3, -4…!”

The good thing was this time, the players on the military boat were all prepared, and no one was thrown off the boat and into the sea.

Even a gigantic sea monster like the Shark Turtle would have some difficulty capsizing the boat if it were only limited to attacking from the back.

However, the players were not only facing one Quasi-Boss monster.

The Level 50 giant serpent Quasi-Boss monster with one million HP and equally impressive defense stat was moving much faster than the Shark Turtle.

It submerged back into the ocean after sustaining over several tens of thousands of damage from the first round of attack from the players when it first emerged. After it submerged into the water, all the follow-up attacks by all the top Storm City players missed completely.

It could not be helped. The damage reduction effect of the ocean was just too effective to the players.

The only ones who could threaten the Sea Serpent were the Water Manipulators.

The problem was that the color of the water in the Gray Waters, even if it were only a dozen or so meters deep, made it impossible for the players to see clearly and identify the exact position of the giant serpent.

Additionally, whether it was the Sea Serpent or the Shark Turtle, they seemed to have some hidden talents.

Even the recon meters were unable to detect and obtain their exact position after they submerge into the water.

“Scouts! Use Detection towards the back and the sides… Water Manipulators, all of you use guided Ice Ring… Earth Manipulators, prepare…” On the command channel, the voice of the player giving out the commands began to shake.

A bunch of bubbles suddenly appeared in the grayish seawater on the right side of the military boat and a water jet shot into the air as if a ton of TNT had exploded underwater, creating a gigantic water pillar.

Within the water pillar was the giant Sea Serpent. Along with a bunch of seawater, half of the Sea Serpent’s body landed on the military boat.

What exactly is a giant Sea Serpent?

This time, the players on the boat finally witnessed it.

This Quasi-Boss monster that had only showed half of its body was over 30 meters long. Its gigantic mouth that had a pair of curved and long teeth was so big that it could easily devour a fully equipped player in one go.

If nothing else, just the consequences of it landing on the military boat’s deck made people want to curse out loud.

The giant Sea Serpent and the water from the water pillar slammed onto the deck of the military boat. In that instant, the boat body sunk deeply into the water, and the waterline increased by over a few meters in one go.

The side where the body of the giant Sea Serpent landed also tilted heavily. The tilt was even more severe than when the military boat was slammed by the Shark Turtle earlier.

The impact on the military boat caused by the landing of the Level 50 Quasi-Boss giant Sea Serpent along with the huge waves caused by the water pillar easily sent over a dozen players who failed to stabilize themselves quick enough into the ocean.

Whenever there was any shaking on the ship, whether if one were on the deck or in the cabin, one would always hold firmly on something to prevent oneself from falling into the sea.

However, the current situation did not allow all players to fix themselves on the ship. If they were to do that, as long as the Quasi-Boss giant Sea Serpent that had landed on the military boat swept its tail across the deck, many of these top Storm City players would become experience points for the serpent.

As such, that previous attack of the giant Sea Serpent threw one-tenth of the players into the water.

At the back of the military ship, Big Pineapple used his alloy shield to block the front, protecting Digital Cat, Red Queen, and several of the other players who had not yet stabilized themselves.

However, his head was looking downward as he shouted, “Old Feng, you okay?”

“No problem, we’re fine!” The main body of the military boat where even the Flying Knife Swordfish had not managed to damage much now had five deep scratch marks on it. The scratch marks were caused by Feng Luo’s black tactical glove that had a structure similar to that of an eagle’s claw.