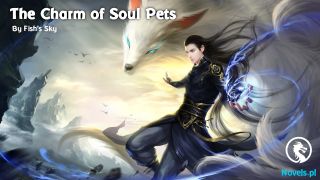 Nian Junting was so angry that he almost stepped on the brake. He didn’t mean that by saying so much.

‘Does this kid know how to talk?’

Looking at the furious look on his face, Luo Sang almost burst into laughter. She couldn’t help but reach out to touch Little Apple’s ear, wondering why her son was brilliant.

“Luo…” seeing that his woman was smiling, Nian Junting put on a resentful look and said, “I know you love me.”

Little Apple grabbed his mother’s skirt and said, “Daddy’s love for mom is so pathetic.”

Nian Junting took a deep breath and said helplessly, “Luo, don’t you think it’s time to tell me that you love me?”

Luo Sang rolled her eyes and ignored him.

Nian Junting drove back to their house gloomily. Luo Sang was the first one to walk into the bedroom. Little Apple was about to follow her into the bedroom, but his collar was suddenly pulled by someone. After that, he was dragged out of the bedroom.

“Go and ask Grandma Lan to accompany you to your room and sleep there. Your mother and I need to have a heart-to-heart talk,” Nian Junting said and closed the door in front of his son.

Hearing the noise behind her, Luo Sang turned around and found that her son had been shut outside the room. She glared at the man who was walking toward her and said, “You…”

Before she could finish her words, Nian Junting’s tall body approached her step by step. Luo Sang had no choice but to step back and sit down on the sofa. She raised her head and glared at him, “What do you want? Don’t think that I’ll forgive you just because you bought me a glass of iced grapefruit.”

“Do you think that my love for you is pathetic?” Nian Junting said angrily, “As a husband, I feel extremely insulted that my son despises me like that.”

Luo Sang was speechless. So, that was what he had been keeping in mind all this time.

Luo Sang was annoyed by his words. She put a pillow over his mouth and said, “If you want me to tell you that I love you, you should resolve our conflict first. With CEO Nian’s wisdom, you do understand why I’m angry tonight, don’t you?”

Nian Junting frowned and asked, “Are you talking about the trip?”

“Yes,” Luo Sang nodded seriously and said, “If you don’t compromise and insist on only going to the seaside, I can only choose to go on a separate trip without you.”

Luo Sang didn’t say anything but continued nodding. However, after being married for a few years, she had understood how couples should get along, so she thought for a while and added, “Actually, it’s good for both of us to go anywhere. Isn’t it good as long as we’re by each other’s side? I like to climb mountains and walk in the desert because I like the feeling of us helping each other while walking. I want to see not only the sea with you, but also the mountains, the snow, and the flowers. Although I can go with my parents, I also want you to be by my side.”

Nian Junting’s eyes gradually lit up, and he felt incredibly sweet. In the past, he didn’t know much about it. He just wanted to know how Luo Sang looked in her swimsuit. But now, he suddenly felt that he was shallow-minded, “Luo, you should have told me this earlier. I can understand what you mean. I wanted to go to the beach with you, not only because I think you will wear lesser there, but I also feel that I look the most handsome in the water.”

Luo Sang’s gaze on him softened a little. “No, I think you look handsome in every way.”