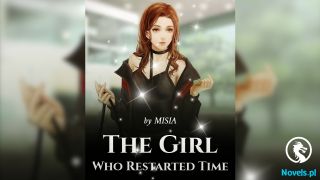 Gu Bailu had thought that everything would be fine as long as she could take Qian’er away and prevent Lu Fenying from finding her.However… Feng Qingtian had told her that all the slaves of the noble families of Heavenly Wind Empire had slave marks.

The mark could only be removed if the master was willing to do so; otherwise, a slave was under their master’s control forever.

Even if Qian’er hid in a corner of Heavenly Palace Cliff, Lu Fenying could kill her through the slave mark if he wanted to.

Even if she didn’t die, she would suffer every day.

Qian’er must’ve suffered the same pain during her escape, which was why her fear was so deep that she could only harm herself to calm down.

Lu Fenying was like a dictator. If he didn’t let her go, she would never live a day in peace.

That was why she had had the courage to stab Lu Fenying with a dagger; she knew that she would only be free if he died.

Whether she lived or died, she would be free.

Whether it was Qian’er’s blood or Qian’er’s body, Lu Fenying didn’t need them anymore, right? Why couldn’t he let others live their own lives?

“Mo Qian’er is a slave in the crown prince’s residence. She grew up here as a child. If she can cure Muwei, she’ll be treated better than anyone else. After the treatment, she will be Muwei’s slave. I never thought of letting her go,” Lu Fenying said matter-of-factly.

Gu Bailu was so angry that she wanted to spit on him.

Slaves were also living beings. Even servants could buy out their contracts!

“I know that Qian’er is a slave in your house and has a slave mark. I just want to know what it will take for you to let her go,” Gu Bailu said again, holding back her fury.

Now that she was Princess Zi, she might be able to negotiate with Feng Qingtian.

Now that Su Muwei was fine and he liked her so much, what reason was there for him to keep Qian’er in the residence?

“She’s mine; why should I let her go?” Lu Fenying put down his cup and said casually, “Princess Zi, if you really think of Mo Qian’er as a friend, you should advise her that it’s useless to struggle, and not to learn from you. You’re different.”

“Yes, Qian’er is your slave, but can’t we give you something in exchange for her now?” Gu Bailu sounded a little stiff.

Lu Fenying chuckled and said disdainfully, “Mo Qian’er is pregnant with my baby. What do you think you can trade for her?”

“Isn’t the reason you want the baby to treat Su Muwei as well? I said that I can help you cure Su Muwei. If you really can’t say anything reasonable, then let Su Muwei suffer forever. I won’t treat her again.”

Gu Bailu was only being patient in speaking with Lu Fenying because of Qian’er.

But since he was so disdainful, there was no need to be polite any longer.

“Princess Zi, it doesn’t matter if you treat Muwei or not. As long as Mo Qian’er is here, Muwei won’t die. Whether you want to save Muwei or not makes no difference.”

Gu Bailu stood up. “What are you saying? You won’t let Qian’er go no matter what?”

“She was born as mine and she will die as mine,” Lu Fenying said firmly.