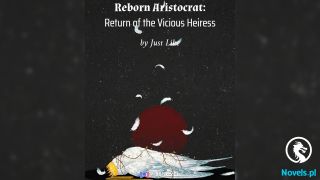 «Everyone is Young Except for Me (Web Novel) - Chapter 289

The awards ceremony was held in a grand manner. Crowds gathered and people from all over the world cheered for the players from the United States, South Korea, and China. I stood with Park Muyeol while the United States was honored with the gold medal. I was a bit envious, but I had done my best. I had no regrets.

The closing ceremony ended and I joined the team attending a grand party organized by Union. It was such a party where all the players from other countries participated.

It was inside the limousine moving quietly. Mido saw my awkwardness and raised both thumbs.

The inside of the limousine that Union had personally sent over was very warm and gorgeous. Mido sat across from me wearing a red dress. She was beautiful enough to look like a character in a game. If my wife had dressed like this when she was young, I would have hearts in my eyes.

“You are also cool. No, completely pretty. You are like Miss Korea.”

“Really? Hehe. It is all because of Grandfather Drain.”

Mido blushed and covered her face with both hands. For reference, the clothes we wore were sent by Drain. He was busy realizing his dream in the game, so I hadn’t contacted him these days. Then he saw the awards ceremony and contacted us. I told him I was going to a party and he sent a designer to dress me, saying he would make me the main character. I felt sorry for the designer who had to come, but I was excited at the thought of going to a party with such a great look.

Park Muyeol grumbled from where he was sitting next to me.

“Grandfather Muyeol is also cool. The best! I think you are very insa right now.”

Mido gave another thumbs up to the grumbling Park Muyeol.

Park Muyeol asked with a curious expression, “Insa? What is that?”

“Um, it means people who have a lot of connections and fits well with the environment? It comes from the English word ‘insider’.”

“Hmm, young people these days use a lot of funny words. In any case, it means I look younger, right?”

Park Muyeol and Mido laughed with each other. These two people were strangely in tune whenever they met. The teacher and student looked good together. Groan, I was weirdly jealous.

“We will arrive in one minute.” The limousine driver called out at this time.

Soon after, the car stopped in front of the hotel where the grand party was scheduled to be held. I looked out the window and my eyes widened. There was a crowd that exceeded imagination.

“Wow! Why are there so many people?”

There were numerous reporters and cameras on the red carpet. Bodyguards were lined up on both sides of the red carpet to control the audience.

“I think they’re all people who came to see us.”

I nodded slightly at Mido’s words. Park Muyeol had an excited expression like he was enjoying this situation. However, I still felt awkward. Even so, it would work out somehow since I was with Mido.

I was filled with such determination and was the first to open the door of the limousine. The moment I stepped outside, there was a massive baptism of camera flashes. Cheers followed.

I was the only one to get out of the cars, but there were so many cheers. Then the cheers grew louder as Mido and Park Muyeol descended.

Mido waved to the fans in an elegant and charming manner. Then she walked on the red carpet with Park Muyeol and I on both sides. We passed the photo line and entered the hotel. An employee who seemed to be an official approached and handed us something.

“This is an automatic interpreter earphone developed by Union.”

“It is amazing. The world has become so good.”

“Put it on quickly,” Mido urged and Park Muyeol quickly put on the interpreter earphones.

I asked the staff member in front of me, “What floor is the party on?”

The door of the elevator opened wide with the notification that we had arrived on the 13th floor. There was a red carpet at the entrance that extended to the party hall inside. Mido stepped gracefully inside the party venue with Park Muyeol and I on both sides.

The sound of the shoes attracted everyone’s attention. We received attention like we were the protagonists of the party. The formal clothes we wore were also beautiful compared to the others attending the party. We accepted the cocktails that the waiter handed us.

“Mido!” Right then, Lim Sara, who was wearing a nice dress, approached while waving. She placed her hand on her chest and bowed politely toward us.

The others hadn’t come yet?

Mido ran forward with a smile on her face. The two of them praised each other for being so pretty. At the same time, players from all over the world approached this place and started to greet us one by one. They were talking in strange languages and I didn’t know what they were saying.

Park Muyeol asked, “Do you know what they’re talking about?”

Just then, I heard a voice in my ear saying: [The interpretation is beginning.] All of the foreign players’ words were interpreted and I could understand what they were saying. Park Muyeol and I had wide eyes at the same time.

In any case, it was about maintaining a friendly relationship with players from other countries. The other members of the Korean national team arrived. Everyone said they were late trying to find a good suit.

Thus, we fully enjoyed the party meant for socializing. We talked to Zhen Sulong, and also met Reinhardt, Reina, Michael, Damian, and Cappuccino from the Zeus Guild. Reina’s glamorous dress caught everyone’s attention. As I took a break from the party by eating delicious food…

“Can we have a chat for a moment?”

I turned my head at the Korean language I heard out of nowhere and saw Yoo Minseok standing there. It seemed a bit unusual so I nodded a bit.

“Let's go. I was going to leave soon anyway.”

I asked Park Muyeol to give a message to Mido and exited the party venue. Park Muyeol told me not to worry and sent me off first. I wondered why he was feeling so good. Perhaps he was an ‘insa’ like Mido said.

“I will take you to your house.”

I had been planning to take a taxi prepared by Union so this worked out well. Yoo Minseok had something to say to me so there was no reason to refuse. I got into Yoo Minseok’s car and the luxury sedan I had previously ridden started.

Yoo Minseok drove onto the road and started talking slowly. The full moon was beautiful tonight.

Time passed quickly and before I knew it, three days had passed. In the meantime, the new year arrived and I was one year older than I wanted to be. Many things happened during the happy time I spent with my family. The community website and various media revealed that the lights that soared last time were Star Fruits. This caused a lot of controversy.

In particular, various authenticated photos circulated around the community and many users indicated that they wanted to find the Star Fruits. The capsule that Yoo Minseok said he would provide arrived at my house. It was for Mido. We weren’t the only ones to receive it. All the members of the Korean national team received one. In any case, it was the latest capsule so there was no reason to refuse. Mido really liked it based on her wide smile.

I could see hearts floating in her eyes right now. Should I stay away?

"Of course! Now I can play with Grandfather!”

It seemed like I was seeing the brightest smile in the world. Mido’s smile was the joy of my life. However, it hurt Jeongdo to see this.

“Ah, it is already 2 o’clock! I think the massive patch is over now?”

“Then I have to connect. Mido, I’ll see you in the game.”

“I understand. Don’t avoid my whispers this time, you know?”

Mido and I resolved our misconceptions after the World Competition. Mido now knew that I deliberately avoided her whispers while I was pretending to be Dark Wolf. I was scolded for being a bit too much, but in any case, there was nothing uncomfortable. Mido asked me, “Is it the Vulcan volcanic zone? Should I go there?”

“Yes. Bring all the kids with you. There are still four Star Fruits there.”

“I understand. The oppas said they would come in now. I will take them with me.”

[A large patch has been applied.]

[The new feature, the SNS system, ‘Arkstagram,’ has been added.]

[Would you like to hear the description of Arkstagram?]

The moment I connected, a large patch greeted me. I didn’t have to listen to the explanation because I had heard about it from Yoo Minseok in the car three days ago.

[The description of Arkstagram is canceled.]

Yoo Minseok told me about why he had made Arkstagram. It was to prepare for the disaster that would one day come. The first thing was to quickly figure out the identity of the still unknown disaster through the users’ SNS. The second thing was that he hoped to bring players together through communication once the disaster occurred. In order to do so, communication was essential.

[Do you want to check it now?]

I turned on Arkstagram straight away. The screen was simple.

-Greeting (tell us about you)]

As Yoo Minseok said, the account was made with my real name. Perhaps it was because there was no activity or photos, but it looked very shabby. First, I decided to register a profile picture.

I used the screenshot photo and placed the photo of myself making a V shape as my profile photo. It was a photo of a mischievous smile with outstanding healthy teeth, my only pride.

[Your profile picture has been registered.]

Now all that was left was the greetings, but I had nothing to say. I could introduce myself, but the world already knew a lot about me. If I turned on the news, the communities, or looked at the newspapers, I could quickly see that I was a chef from Wolunjeong.

I pondered on it for a moment before writing down a few letters. I tapped for a long time. It wasn’t a very long sentence. It wasn’t a long greeting. I watched it with a very satisfied expression.

[Do you want to communicate with users this way?]

I nodded without hesitation.