Chapter 714 Change in the Twin Swords of Life and Death

With just a glance, the four cultivators were able to determine Chen Feng’s cultivation level and they immediately regarded Chen Feng as an ant.

At any rate, the four of them were very powerful. Not to mention, they also possessed some backing. Thus, a Sky Human stage cultivator like Chen Feng was truly like an ant compared to them.

“Kid, you are an aborigine from Eternal World, right?” one of them asked. He wore faint-yellow clothes and his voice contained a distant quality. It possessed the ability to entrance others.

Immediately, Chen Feng’s eyes turned turbid and he answered obediently, “Yes, I am from Eternal World.”

“Let’s just go. He is just a little guy who is not even at the Human Immortal stage, an ant-like existence. What information could he have?” The glacial and alluring female cultivator said in disdain. She refused to even glance at Chen Feng.

“Yes, Junior Sister Qing is right. Let’s hurry up and go. Opening up the passageway hadn’t been easy. Let’s not lure others over,” said another cultivator. This one wore a light, silvery-white armour and when he looked at the alluring female cultivator, a passionate look could be seen within his eyes.

“Wait. Let me ask a few more questions,” the cultivator in faint-yellow clothes suddenly said before turning to look at Chen Feng again.

“Why are you here?” His voice was flat. And yet, waves of power assailed Chen Feng’s soul.

“I sensed the energy fluctuations of immortal dao laws here.” There was a blank look on Chen Feng’s face. It was as though he was completely under their thrall.

Hearing that, the four of them exchanged glances. Next, the alluring Junior Sister Qing asked, “What did you see?”

“Many people, many strange-looking array platforms like the ones you used. They all broke through space to arrive here,” Chen Feng answered with a monotonous voice. It was as though he had become a humanoid puppet.

“How many people?! What do they look like and where did they head off to?” The cultivator in faint-yellow clothes raised his voice and Chen Feng’s eyes instantly revealed a look of pain.

“A total of ten plus people. The clothes they wear are varied. However, I only remember one with a broad sword slung across his back. They all headed that way.” Maintaining the blank look on his face, Chen Feng pointed at a certain direction.

“A broad sword? Could they be from Immortal Sword Sect?”

“Possible. How unexpected. To think that so many people would arrive before us. This will be troublesome.”

“No worries, we have a map. We know where treasures will appear. Let’s not tarry.”

“What about this young fellow?”

“No need to bother with a nobody like him. Let’s go.”

The four of them were quick to come to an agreement. Then, without so much as a glance at Chen Feng, they left, disappearing from sight instantly.

It was then that the blank look on Chen Feng’s face returned to one of clarity. At the same time, the corners of his lips curled into a sneer.

Exalted characters indeed. They said they won’t bother with someone like me, but they left a strand of immortal energy within my body, set to blow up in two days’ time. If it goes off, my soul would be dissipated. Heh! Savage, indeed. If so, don’t blame me for being ruthless against you fellows.

“Don’t worry. I just didn’t want to alarm others. Not to mention, I could not be certain that I could finish them all in one fell swoop. Else, I would have attacked them. Still, I have utilized a tracking imprint technique on them. Even at higher levels, they would be incapable of noticing it,” Tower said with a chuckle.

Chen Feng nodded and brought out a jade talisman. This was a Sensor Talisman that he had obtained before entering the ancient battlefield. It was capable of sensing the other disciples from Heavenly Sword Faction.

Mobilizing his divine sense, a faint energy wave swept outwards. It did not take long for the energy wave to cover a radius of 500 kilometres. This range of detection had already surpassed the original capability of the Sensor Talisman.

And yet, the scanning radius of the jade talisman continued increasing, showing no signs of abating.

Finally, it extended to a radius of 5,000 kilometres.

A wondrous wave of energy flowed into Chen Feng’s sea of wisdom. Next, the Sensor Talisman in Chen Feng’s hand began shining with a brilliant light.

A crack spread out across the surface of the Sensor Talisman.

The scanning radius had increased to a length of 15,000 kilometres. Faint scanning waves swept out and everything within the area appeared within Chen Feng’s sea of wisdom.

Hopefully, I can find the disciples from Heavenly Sword Faction, Chen Feng thought.

Soon enough, he detected a cultivator. To his disappointment, this cultivator was someone from Heavenly Origin Trade Association.

Next up, Chen Feng flew forward, changing his positions every now and again as he scanned his surroundings. He would often find cultivators, yaos and demons that way.

Oh, that is an Iron Essence Beast at the Yao King stage.

That valley has a thick death energy.

There are some decent spiritual herbs growing within this basin.

Chen Feng’s search proceeded quickly and his area of search kept expanding. However, he could not find anyone from Heavenly Sword Faction.

It did not take long for Chen Feng to absorb all the death energy within the valley. To Chen Feng’s surprise, the Death Sword was still not levelling up.

It’s strange. The Death Sword has already absorbed a considerable amount of death energy. Additionally, it has also absorbed the power of lightning. All of that should have been enough to let it level up. Is this due to the Life Sword? Chen Feng felt puzzled.

In the past, Chen Feng had found the two swords together. Back then, the two swords had the same grade. Eventually, he would go on to utilize the two Sacred artefacts the most.

“If individually refining them gives no result, you can try to fuse them together,” Tower suddenly said.

“Fusion!” Chen Feng’s eyes suddenly shone as a spark lit up his mind.

As time went by, the rate at which the two swords were absorbing the spiritual energy streams rose. In the end, there was no longer any need for Chen Feng to guide the process and all of the spirit stones that he brought out were quickly devoured by the two swords.

The two swords then began trembling. Additionally, they began taking on a slightly transparent quality. Shockingly, it seemed as though the two swords were showing signs of integration.

Oh! It’s working! Chen Feng’s heart thumped and he quickly brought out some more spirit stones from the Longevity Tower.

The swords continued devouring the spirit stones and the changes to the Twin Swords of Life and Death grew. In the end, the two swords transformed into two clumps of sword energy, one black and one white. They were death energy and life energy.

Next, the two clumps of energy rotated to swiftly form something resembling a diagram, which kept rotating between the black and white colours. A formidable suction force emerged from it, gradually increasing in strength. Due to that, all the spirit stones that Chen Feng brought out - over 1,000 of them - were devoured again.

Chen Feng’s face grew serious. He possessed a considerable amount of spirit stones. When it came to the number of spirit stones in his possession, forget Human Immortals, even some Earthen Immortals would be incapable of holding a candle to Chen Feng. The Immortal crystals that he had obtained from the Immortal Skylodge Mansion alone were valuable enough to make some Earthen Immortals take action against him.

Left with no other choice, Chen Feng went searching through the mountainous pile of items within the Longevity Tower. It had to be said, Chen Feng would often toss most of the items he acquired directly into the Longevity Tower. There were practically over 100 spatial pouches that he had never bothered checking before. At that very moment, Chen Feng made use of his multitasking mind to open up the various spatial pouches there, hoping to find some more spirit stones containing pure life and death energies.

Soon enough, another 10,000 plus spirit stones were brought out. However, the Twin Swords of Life and Death swiftly gulped them all up once again. Seeing that, Chen Feng grew distressed. There were no longer any spirit stones containing life and death energies within the Longevity Tower.

After pondering the issue for a moment, Chen Feng then brought out two pieces of wood. One of them was the Longevity Wood from the Longevity Tree, which Chen Feng would often use for his cultivation practice while the other one was a piece of Dead Spirit Wood. Chen Feng himself was uncertain when or where he had obtained it.

In fact, he didn’t even know that it was Dead Spirit Wood. Only, he had sensed a formidable death energy contained within it. Thus, he decided to bring it out.

Torrential streams of spiritual energy gushed out from the two pieces of wood and into the Twin Swords of Life and Death, persisting for an entire hour without pause. Seeing that astounded Chen Feng. He would often utilize the Longevity Wood to cultivate his longevity-type primary energy. Thus, Chen Feng was aware that the wood contained an ocean-like amount of energy. However, the Dead Spirit Wood’s performance had surpassed Chen Feng’s expectations.

“Tower, is this Dead Spirit Wood on the same level as the Longevity Wood?” Chen Feng could not stop himself from asking.

“Same level my ass! Even if the Dead Spirit Tree is a hundred times more noble, it is still worth fart when compared to the Longevity Tree,” Tower said with a displeased tone.

“Sure doesn’t look pure to me,” Tower was quick to retort.

Unwilling to argue with Tower, Chen Feng focused instead on the Twin Swords of Life and Death. Another joss stick’s worth of time went by and the Dead Spirit Wood began breaking apart before finally disappearing in its entirety. All the death energy contained within it had disappeared. Turning to look at the Longevity Wood, Chen Feng saw that it was still pulsing vigorously with life energy.

“See that?! Would I lie to you?” Tower said with a smug tone.

Chen Feng ignored Tower. At that very moment, a change was happening to the Twin Swords of Life and Death. The two colours, black and white, kept changing forms and the rate at which they were integrating increased greatly. Seemingly affected by this change, the Life and Death acupoints within Chen Feng’s body began churning tempestuously as well. It was as though there was a tsunami within each of the two insight acupoints, a tsunami which could blot out the sky.

Upon falling into the state of comprehension, Chen Feng forgot everything about his surroundings. He did not even pay attention to the Twin Swords of Life and Death when they returned back to their original forms. Instead, he simply allowed them to hover around him. 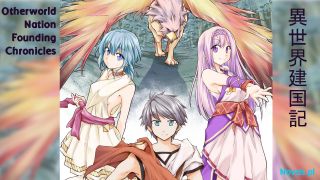