Support
Random Novel
Empress Running Away with the Ba 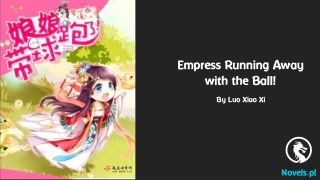 Right after the Tower Prince shouted, the nearby soldiers from the Limitless Corps attacked Chen Feng. A total of eight teams attacked, each consisting of a thousand soldiers. Each team was led by eight Gold Immortals and the rest were all half-step Gold Immortals and Heavenly Immortals.

Chen Feng’s actions earlier were completely unexpected. Not even Divine Prince Iceform and the others had expected Chen Feng to take action so swiftly.

“What is this Longevity Celestial doing? Just because he has the support of the Longevity Tower, isn’t he being too arrogant here?” The one who spoke up was someone with ill intentions towards the Boundless Corps.

“He has strength. It is only natural that he could do this.” This person was someone who envied Chen Feng.

“Good! This is how it should be done!” Longevity Edge said.

“I knew it’d turn out like this,” said Magiris, who knew Chen Feng more.

“Get ready,” Divine Prince Iceform said and a clump of ice energy emerged from his palm. However, before he could take any further action, a Divine Prince from the opposing side targeted him.

“Iceform, it’s be better if you fellows do not take action.” It was Divine Prince Heavensblade.

“And what if I take action?!” Divine Prince Heavensfire, who possessed a more fiery temperament, unleashed a flaming dragon that roared as it charged towards the opposing side’s battle formation.

But the flaming dragon was caught by a great hand before it could approach the other side.

“It’s been a while. Let’s exchange some pointers.”

The Divine Princes Soulchaser, Mountains and Rivers and others were originally thinking of taking action as well. However, when they saw the calm look on Chen Feng’s face, they held themselves back. Thinking back to the force that Chen Feng was keeping hidden, they grew at ease.

Chen Feng did not make use of the unique creatures of chaos. Instead, he waved his hand and the phantom silhouette of the Longevity Tower above him abruptly became larger. It became like a massive palace encasing him. As a result, the teams of soldiers charging at him froze before they were all sent tumbling backwards.

The Tower Prince cried out wretchedly. He could no longer resist. Swiftly, he flew towards Chen Feng. As for Chen Feng, he stretched his hand out and pressed it down, causing the Tower Prince to fall flat on the ground. Next, Chen Feng utilized the Heavengulping Absorption Technique and the cries of misery from the Tower Prince became increasingly wretched.

Seeing the Tower Prince’s aura become increasingly weak, one of them was finally unable to hold himself back. “Longevity Celestial, don’t go overboard. Hurry up and let Tower Prince go.”

Chen Feng ignored him. The streams of energy surging into his body gave Chen Feng a feeling of satisfaction that made it impossible for him to stop. He then grasped and an Ageless law was pulled out. This action had truly shaken the Tower Prince’s foundation. And so, he threw aside his reputation and began begging for mercy.

But Chen Feng was unmoved. Quickly, he stripped the Tower Prince of his second Ageless law.

“Longevity Celestial, stop!” Two Divine Princes exchanged glances before charging towards Chen Feng, one from the left and one from the right. One of them attacked Chen Feng while the other one attempted to rescue the Tower Prince.

The instant the two of them took action, two streams of light shot forward to pierce a large hole through the phantom silhouette of the Longevity Tower, which made it easier for them to enter.

At any rate, these fellows had no desire to fight to the death for the sake of the Tower Prince.

Moreover, someone else will be standing up for him.

It did not take long before the Tower Prince ended up in a near-death state. It was then that two mighty-looking figures walked towards Chen Feng. As they walked forward, the aura emanating from their bodies grew stronger and stronger.

However, one of the Divine Monarchs fired a punch, which forced Divine Prince Void and Divine Prince Soulchaser to back away. To their shock, they were incapable of even blocking a punch from the other party.

Following that, six more Divine Princes stepped forward from Chen Feng’s side. All six were from the Boundless Corps. Adding in Divine Prince Void and Divine Prince Soulchaser, they had eight Divine Princes. And so, by working together, they were able to stop the two Divine Monarchs.

Several more Divine Princes from the Department of Elders emerged. Divine Prince Timeflow and the others shook their heads, hesitating for a moment before finally deciding to take action as well.

And so, the situation spiralled into chaos. Some who had been wanting to fish in troubled waters began taking action as well.

The phantom silhouette of the Longevity Tower slowly shrank before finally disappearing. By then, however, the Tower Prince was no more. All that was left were his suit of armour and weapons, strewn haphazardly on the ground.

There were 30 Ageless Gold Immortals standing around Chen Feng and they stood guard against any attackers. By then, the two Divine Princes stopped by Divine Prince Dark Soul and Divine Prince Kill Soul had already retreated. It was clear that Chen Feng’s side had more men than them. They would only end up losing by continuing the fight.

However, it did not take long before the two Divine Princes rushed forward again. It was because the Limitless Corps’ 100,000-strong army had launched an attack. In addition, the few Divine Princes from the Department of Elders had also attacked. More, two more Divine Monarchs were making their way towards Chen Feng.

Seeing that, everyone else fell into an uproar. This time, the Department of Elders was truly putting a lot into this.

“The Department of Elders indeed. They actually mobilized four Divine Monarchs in one go,” Chen Feng said coolly. Although the situation appeared disadvantageous for him, he remained calm.

“Fellows, please stop.” Unexpectedly, two cultivators walked out from the Longevity Palace’s group to stop the two Divine Monarchs from the Department of Elders.

“They’re the Palace-guarding Divine Monarchs from the Longevity Palace!” someone else exclaimed.

“For the Longevity Palace to so openly support Longevity Celestial, looks like the Department of Elders’ plan will fall apart.”

“Not necessarily. The number of men that the Longevity Palace sent over is too small.”

“Humph! What do you fellows know? Just look. This time, the Boundless Corps has the support of the Longevity Palace and the Tower Corps. Their strength is very formidable. They will not lose here.”

“Hard to say. At any rate, the Boundless Corps did end up taking damage before this.”

“Sigh! Others are already trying to bully our Celestial Longevity Plane. To think that we are still going to fight amongst ourselves.”

“What, do you have any thoughts about this? We are not strong enough. All we can do is to watch the show. That said, if it’s about facing the invasion of external enemies, I will definitely fight.”

“No, I can fight now. I choose to help the Boundless Corps.”

“Have you gone cuckoo? The Boundless Corps is the weaker one right now.”

“I’m not. That’s precisely why I’m choosing to help the Boundless Corps. Only when two sides are equally matched will they stop fighting.”

More and more cultivators chose to participate in the battle and the situation grew chaotic to the extreme. That said, the opposing party consisted of the Limitless Corps and the Department of Elders. They had many Divine Princes and even Divine Monarchs. Additionally, their army had hundreds of thousands of soldiers. In comparison, the Boundless Corps appeared to be in a weaker position.

The soldiers from the Limitless Corps finally finished emerging from the spatial passageway. However, the passageway did not close up. Soon, more rows of soldiers emerged.

“Those are the soldiers from the Longevity Corps!”

“Sigh! This is truly going escalate now. Will our Celestial Longevity Plane be destroyed because of this?”

“This is a calamity for our Celestial Longevity Plane.”

“The Boundless Corps is in a miserable situation.”

In addition to those from the massive spatial passageway, some cultivators were also flying over from the distant starry space. Some came aboard warships while some came by way of spiritwalking techniques. When the spectators saw some members of the imperial family amongst those who came, almost all of them did not feel optimistic about the Boundless Corps’ chances.

“This is quite the chaotic situation,” Chen Feng said, a derisive grin on his face. Next, he ordered those below the Gold Immortal stage to retreat back to the stronghold. Only those at the Gold Immortal would stay outside.

After receiving Chen Feng’s order, the soldiers from the Boundless Corps, the Tower Corps and the Longevity Palace and even those from the counties who came to support Chen Feng retreated back to the stronghold. Seeing that, many of the onlookers believed that the Boundless Corps was beginning to retreat.

“Are you fellows still not going to retreat? Or do you want to die a meaningless death here?” Chen Feng said with a voice of indifference.

“Retreat!” Aquafiend said and the soldiers from the Limitless Corps who had already charged into the battlefield began retreating in an orderly manner. After that, however, they then surrounded the stronghold. The number of soldiers was so high that there seemed to be no end to them. This created an extreme atmosphere of pressure.

Several Divine Princes broke through the defence line and charged towards Chen Feng. They had been targeting Chen Feng all this time, ignoring Longevity Edge, who was fighting at the first line of defence.

“Attack!” Chen Feng said. Next, the Great Roc of the Nine Heavens led 50 unique creatures of chaos forward to stop the Divine Princes.

“Oh, the Boundless Corps actually has more forces!” someone cried out in surprise.

“It must be. It looks like Longevity Celestial was the one who brought this force over.”

“Interesting. No wonder he can remain so calm. It turns out he has more cards to play.”

“Attack.” Chen Feng waved his hand and the Tempest Tiger led another 50 unique creatures of chaos at the Gold Immortal stage forward, charging to join up with Longevity Edge’s team. Instantly, the battle began tilting in favour of the Boundless Corps.

Chen Feng, on the other hand, remained calm. After that, the Heaven-strolling Leviathan and the Blazing Fire Kirin led 100 unique creatures forward to surround the 10 Divine Princes.

The cries of surprise that had only just emerged from the crowd turned into shock. Aquafiend was also frowning. This had gone beyond his expectations. As the Boundless Corps’ strength kept rising, the situation began spiralling beyond his control.

“Anyone else?” Chen Feng said calmly. Next, the Enigma Phoenix of the Sovereign Fire and the Divine Soul Beast emerged, another 100 unique creatures behind them.