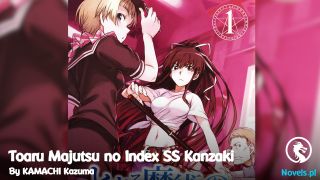 The awakened sacred beast soul in the Hell Suppression Tripod could even kill a top-tier Heaven Immortal expert.

Back on the Dragon Abyss Star, the Heaven Immortal Mei Ji was killed by the awakened Vermilion Bird Sacred Soul.

Although Prince Yuan Zuo was a Heaven Immortal expert, his Prime Body was not here at all.

But, that power could not defend against the Black Tortoise Sacred Soul at all!

In reality, the Hunting Ranking was a sentient Dharmic treasure.

Even if Prince Yuan Zuo’s Prime Body did not descend personally, the Weapon Spirit of the Hunting Ranking was enough to kill the two Grade 1 Earth Immortals, Su Zimo and Feng Ziyi.

However, for the sake of the jade talisman, he allowed Su Zimo to enter the Emperor’s Tomb. By some freak coincidence, the Hell Suppression Tripod devoured a large number of abandoned spirit treasures and repaired the third tripod wall, awakening the Black Tortoise Sacred Soul.

Even if Prince Yuan Zuo racked his brains, he could not imagine such a change.

After the Black Tortoise Sacred Soul cried, its cold gaze landed on Prince Yuan Zuo’s blood-colored Weapon Spirit as it crawled over slowly.

Although the speed of the Black Tortoise Sacred Soul seemed slow, for some unknown reason, the blood-colored Weapon Spirit seemed to be rooted to the spot and could not move at all!

He could only watch helplessly as the Black Tortoise Sacred Soul approached and its massive body collided gently against him.

The blood-colored Weapon Spirit collapsed on the spot and transformed into a Blood Sea once more.

The Blood Sea was extremely corrosive. However, the turtle shell on the back of the Black Tortoise Sacred Soul was etched with mysterious marks that resembled ravines that contained the secrets of the universe.

At that moment, the marks on the Black Tortoise’s Sacred Soul Turtle Shell shone with a bedazzling golden light that the Blood Sea could not approach.

Not only that, the Blood Sea was sliced into pieces by the golden light and dried up rapidly!

The remaining blood had weak auras and could not even take on the form of a Weapon Spirit. Turning into a blood beam, it entered the Hunting Ranking rapidly.

The Hunting Ranking closed and reverted to a scroll. With a black flash, it wanted to escape from the hall.

Su Zimo was alarmed. The moment he thought about it, the Hell Suppression Tripod seemed to have sensed something and descended from the skies, emitting an endless might that suppressed the Hunting Ranking!

The two Dharmic treasures collided and the Hunting Ranking let out a tragic cry, crashing to the ground like a meteor.

The Black Tortoise Sacred Soul returned to the third tripod wall and the aura of the Hell Suppression Tripod surged. It was scorching within and flames surged as it began to refine the Hunting Ranking!

Su Zimo’s expression was cold and he was unmoved as he continued to refine the Hunting Ranking!

“Su Zimo, Feng Ziyi, even if you two ants destroy my clone and Dharmic treasure, you won’t be able to escape!”

“This is the residence and my maidservants are outside. Those are 3,000 Earth Immortal experts. Outside my residence is Green Cloud City and it’s heavily guarded. This is my territory!”

“Just you guys wait. I… have already come out of seclusion and will come personally… Once I… arrive at Green Cloud City, I’ll make life worse for you guys…”

Prince Yuan Zuo’s voice was already intermittent towards the end.

Before long, there was no more activity.

The Hunting Ranking had already been refined by the Hell Suppression Tripod and turned into a small ball of red molten metal.

Su Zimo’s expression softened as he let out a long breath. He activated his spirit consciousness and put away the Hell Suppression Tripod.

Feng Ziyi was dumbfounded at the side.

She had not expected that this tumultuous assassination attempt would end in such an outcome!

If Su Zimo had not returned in time, she would not have been able to assassinate him successfully.

Even if she could assassinate Prince Yuan Zuo’s clone, she would be controlled by his Prime Body’s Hunting Ranking and killed here!

Feng Ziyi took out a handful of elixir pills from her storage bag and swallowed them before struggling to stand up.

Even if he killed a clone of Prince Yuan Zuo, that was merely tantamount to offending a prince.

However, helping Feng Cantian escape was an unforgivable crime!

The entire Great Jin Immortal Kingdom and even the various factions and experts of the Divine Firmament Immortal Domain might try their best to kill Su Zimo!

No one could endure the consequences.

Notwithstanding the fact that Su Zimo was only a Grade 1 Earth Immortal, even the Thunder Emperor who had escaped was not out of danger and his fate was unknown.

“This has nothing to do with you, don’t think too much about it,”

Su Zimo shook his head gently. “Even if you didn’t attack, I would have attacked to kill Prince Yuan Zuo!”

The reason why she wanted to kill Prince Yuan Zuo was because there was an irreconcilable blood feud between the two of them.

However, why would Su Zimo want to attack Prince Yuan Zuo?

“My spirit consciousness imprint is on his Hunting Ranking,”

Su Zimo said, “If I don’t erase this Dao spirit consciousness imprint, my every move and location in the future won’t be able to escape his senses.”

That was equivalent to him being spied on by Prince Yuan Zuo the entire time!

Su Zimo would definitely not tolerate such a thing.

Of course, although he intended to get rid of this hidden ailment, he had not expected to attack Prince Yuan Zuo the moment he returned from the Emperor’s Tomb.

At that time, Feng Ziyi’s situation was critical and he could not care less.

The development of the situation later on had indeed exceeded Su Zimo’s expectations.

He had not expected that the person in the prince’s residence was only a clone of Prince Yuan Zuo.

A prince had a noble status and had many trump cards—it was the same for both Yun Ting and Yuan Zuo.

It was way too difficult to kill a prince.

In the end, Prince Yuan Zuo’s Prime Body controlled the Hunting Ranking and even wanted to kill the two of them.

Left with no other choice, he could only summon the Hell Suppression Tripod.

Naturally, Su Zimo knew what it meant for him if the Hell Suppression Tripod was exposed.

However, he had no other choice.

This was the prince’s residence. If anything went wrong and alerted the guards, both of them would die here!

Thankfully, this hall could be considered as the central hall of the prince’s residence. The surrounding iron walls were extremely firm and soundproof.

Although the fight was noisy, there was almost no activity outside.

Right now, Su Zimo and Feng Ziyi were faced with another problem.

How were they going to escape from the heavily guarded prince’s residence or even Green Cloud County?!

They did not have much time left.

Although they did not know where Prince Yuan Zuo’s Prime Body was in seclusion, he would definitely arrive at Green Cloud City before long.

At that time, it would truly be difficult for them to escape!