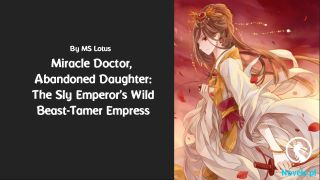 The living beings of the ten thousand races widened their eyes and their mouths were agape. They were so shocked that they could not say anything as disbelief filled their faces.

The experts of the primordial races were scared out of their wits and shuddered!

This was not the phantom of the Human Emperor. This was the true Eternal Human Emperor that possessed his shuddering Dao and Dharmic techniques!

Even the strongest Emperors such as the Heavenly God Emperor, the Hell Witch Emperor and the others could not see through the cultivation realm of the Eternal Human Emperor!

Now that such a long time had passed, given the Eternal Human Emperor’s talent and potential, it was unimaginable what sort of cultivation realm he had reached!

The experts of the primordial races knelt on the ground and trembled with pale expressions.

Even the Hell Witch Emperor, the Heavenly God Emperor and the others were no exception! All the living beings of the ten thousand races knelt down.

Even though the Eternal Human Emperor did not exude any might intentionally, his reputation was enough to shock the ten thousand races!

The eyes of many cultivators were filled with endless excitement and passion.

This Emperor of the legends who was the strongest and most stunning existence of the ancient era had descended upon Tianhuang Mainland once more when the human race was in danger!

Many cultivators were invigorated and yelled excitedly.

“Who dares to bully humans now that the Human Emperor has arrived?!”

Another person looked at the Emperors of the Primordial Six Races and grit his teeth. “Where’s the arrogance of your primordial races earlier on? Heavenly God Emperor, didn’t you say you were going to suppress the Eternal Human Emperor? Come on, stand up!”

“Heavenly God Emperor, why are you kneeling on the ground like a dog?!”

Many cultivators sneered. “Impossible! How is that possible?!”

The Heavenly God Emperor and the others were sweating profusely as they looked at the man in the firmaments in disbelief with fear in their eyes!

This descent from the upper world had completely broken the Heaven and Earth laws! The upper and lower worlds were on completely different levels and were bound by extremely stringent laws of the Great Dao.

In order to ascend to the upper world from a lower world, one had to undergo the Heavenly Tribulations and would most likely be doomed.

However, anyone who wishes to head to a lower world from the upper world would face absolute doom!

It was exactly because of the existence of such Great Dao laws that the upper and lower worlds were mutually exclusive. As such, living beings of the lower worlds could grow and cultivate naturally.

At that time, the entire universe would be in chaos.

Although the Hell Witch Emperor was kneeling on the ground, his gaze was fixed on the Eternal Human Emperor.

In the Witch race, there were records of descent from experts of the upper world.

Even if experts of the upper world were to break the Heaven and Earth laws and force their way down, they would definitely pay an extremely high price—that might be their blood, lifespans or even their cultivation.

That was a price that experts of the upper world could not endure!

The Hell Witch Emperor did not believe that the Human Emperor could be safe and sound after descending upon Tianhuang Mainland!

The Human Emperor shifted his gaze towards the Thousand Year Blood Sea in Thousand Demon Valley and frowned slightly.

Immediately, his gaze turned to a gigantic cemetery in the Middle Continent, landing on an ancient coffin as though it penetrated the ground.

Finally, the Human Emperor turned around and gazed at the East Sea. The small boat in the East Sea was empty. A look of worry flashed through the Human Emperor’s eyes as he sighed gently. The danger that the human race was facing was even more serious than he had imagined.

But now, although he was summoned by the storyteller and arrived at Tianhuang Mainland, he could not stay here for long due to the restrictions of the laws of this world!

Even if he had already sensed the latent dangers of Tianhuang Mainland, he did not have the time or energy to deal with them.

He could only try his best to help the human race tide through the immediate danger before them!

The Human Emperor retracted his gaze and walked towards Enigma Palace.

Each time he took a step forward, the world shook.

An extremely terrifying power surged towards the Human Emperor, as though it wanted to kill him on the spot!

The Human Emperor was expressionless and did not stop in his tracks.

However, that power grew stronger and more terrifying, as though it was about to crush the Human Emperor into dust!

When the living beings of the ten thousand races saw that, they had bewildered expressions and did not know what happened to the Eternal Human Emperor.

Those were the Heaven and Earth laws of Tianhuang Mainland, rejecting the Eternal Human Emperor and wanting to destroy this expert of the upper world who had barged in!

That was not all there was to the impact of these Heaven and Earth laws!

The Hell Witch Emperor and the others could clearly sense that the aura of the Eternal Human Emperor was decreasing continuously and his cultivation realm seemed to be falling as well!

However, they could not see through the cultivation of the Eternal Human Emperor.

The Human Emperor was getting closer to Enigma Palace.

Right then, in front of everyone, the Eternal Human Emperor took a step forward and everything shattered!

His feet was shattered without any blood or flesh splattering. It had turned into nothingness and was wiped away by the Heaven and Earth laws!

It was as though a layer of dust had been wiped away!

The Eternal Human Emperor frowned slightly and looked at his lost foot. He paused for a moment and continued descending!

His other foot shattered into nothingness as well!

Right then, the Hell Witch Emperor suddenly gave a strange laugh and declared, “Human Emperor, oh Human Emperor. The Heaven and Earth laws are irreversible and can’t be challenged by you! If you want to descend upon Tianhuang Mainland forcefully, you’ll have to pay a high price!” “Human Emperor, let’s see if you can arrive at Enigma Palace alive!”

The Golden Crow Fire Emperor sneered as well and stood up.

The Human Emperor did not say anything and continued walking towards Enigma Palace with a calm gaze, getting closer and closer!

Half of the Human Emperor’s body had already turned into nothingness and vanished from the world completely!

When he saw that, the storyteller cried tragically and old tears streamed down his face.

The Palace Guardian wanted to step forward and stop the Human Emperor as well.

The Human Emperor shook his head gently and raised his palm, blocking in the direction of the Palace Guardian.

The moment the palm was raised, it was wiped away by the Heaven and Earth laws once more and vanished!

The aura of the Human Emperor was no longer as terrifying and unstoppable as before!

The cultivation realm of the Human Emperor was also decreasing!

However, his footsteps never stopped and continued forward!

“Human Emperor, we know your intentions! Please take care of your body and return!”

Many cultivators had tears in their eyes.

Every cultivator felt their hearts wrench as they watched the Human Emperor’s body disappear bit by bit from the world!

The Human Emperor was the belief of all cultivators.

Even if the human race was dead, many cultivators were unwilling to see the Human Emperor die here!

The aura of the Essence Spirit decreased rapidly as well.

Not only that, a crack had already appeared on the Human Emperor’s Essence Spirit! “Hahahaha!”

The Heavenly God Emperor stood up and released a torrential aura with surging battle intent. The fear in his heart had vanished and there was no longer any doubt. He glared at the Essence Spirit of the Human Emperor not far away and shouted, “Human Emperor, let’s see what you have to fight me with just a shattered Essence Spirit!”