Nothing could be done about it, Lin Yun’s writing speed was too fast and Kave was simply absent-minded, missing the other six new formulas. To this moment, Kave was still thinking that this young Great Mage had been writing the same formula.

Kave was full of confidence, thinking that one formula was nothing, with his reputation and the prestige he gained over decades, he could completely reverse the situation.

Such as expropriating this formula.

Kave looked at it before and although the key points to the formula used some special characters, he felt that this wouldn’t pose too much trouble. The difference in magic knowledge between a 9th Rank High Mage and a 5th Rank Great Mage was an unbreachable gap. As long as he spent some effort, cracking these special characters wouldn’t be very difficult.

Thus, Kave didn’t have any qualms bringing this up.

“Sir Kave, once you say something, you cannot take it back…” Lin Yun had already finished writing the 7th formula and put Jouyi’s quill down while all the other Archmages looked at him in shock.

The moment Lin Yun laid down the quill, everyone let out a sigh of relief.

Lin Yun’s crazy performance gave rise to a kind of misconception, as if Lin Yun would just keep writing formula after formula… Fortunately, Lin Yun stopped after writing seven of them.

If this had been before and someone displayed magic knowledge in such a generous way, the Archmages present would have unanimously asked him to continue. But now, they only wanted to ask Merlin to reign in his ability.

They were frightened after all.

The seven new formulas just appeared like that and gave a strong blow to all the Archmages, stunning them on the spot. This action could only be described as too crazy. They were really afraid that there would be an 8th, and then a 9th.

Looking at Lin Yun’s resting hand, one Archmage stealthily wiped the cold sweat dripping down his neck while secretly rejoicing that it was finally over.

This 9th Rank High Mage had been immersed in his own world. Although he didn’t have time to break these special characters, he was convinced that he would have have no issues in the ensuing confrontation.

Only because of the difference in status.

The gap of over twenty ranks would crush this Mafa in the clash.

Kave even assumed the arrogance of a 9th Rank Archmage, “Mafa Merlin, I’ll give you one more chance. Leave the Ash Tower now and I can think of it as if nothing ever happened…”

“Sir Kave is too polite…” Lin Yun spread the pieces of paper on the table and then raised his head with a smile directed at Kave.

“Looks like you want to resist to the bitter hand…” There was a sneer on Kave’s face as he walked towards the center of the Banquet Hall, “Since it’s like this, don’t blame me for exposing you. Mafa Merlin, do you dare let everyone know where you were yesterday from 1am to 3am?”

“What does it have to do with plagiarism?” Lin Yun was suddenly startled, ‘Was the Demiplane exposed?’ But Lin Yun’s nerves had already been tempered through the end of Noscent, even though he was startled, nothing showed on his face.

“Haha, you don’t dare to answer?” Kave’s smile slowly vanished, “Let me explain on your behalf. During the night, between 1am and 3am, you quietly infiltrated the Ash Tower’s secret research room and stole this extremely important magic formula. You think you can trick everyone?”

“Sir Kave, I did tell you that you can’t take your words back. You cannot make irresponsible remarks…” Lin Yun almost cursed, ‘Damn you were only framing me, I was almost scared and nearly told the truth…’

“Good, Mafa Merlin, give up your pathetic struggles. Ask any of the Archmages present what kind of person I am. My reputation, my morals, how could you compare to them as a mere 5th Rank Great Mage?” After Kave said everything full of confidence, his gaze swept past numerous Archmages.

By Kave’s estimate, a dozen Archmages should back him up.

But Kave didn’t think that none of the Archmages he looked at would support him. Rather, they all lowered their heads as if they were discussing with each other. No one was willing to look him in the eye.

What kind of situation was this?

Kave didn’t know what to do…

‘Did Jouyi’s influence in the Magic Hand reached this degree? To make it so that no Archmage would be willing to speak for me? Isn’t this a bit too freakish?’

‘No way, no way, even if Jouyi’s power was this great, Sir Harren wouldn’t be scared, right?’

‘Why is Sir Harren also lowering his head?’

‘Fucking Pig-like teammate, how could I be so naive…’

‘There are a few dozens Archmages in the Banquet Hall, why did I have to choose a swine like Kave?’

‘Fuck, he has already written seven new formulas, yet you don’t want to admit defeat at this time? You would only need to give him some praising words, talk about his bright future, say bullsh*t about thinking highly of him and it would have pulled us out of this awkward situation!’

‘This wasn’t your fault, who would have expected him to write seven completely new formulas. This is a disaster that no one could have prevented. Even I, Harren, am not an unreasonable person, I wouldn’t take my anger out on you, Kave, for this disaster.’

‘What do you think you are doing now? Do you feel happy trying to take one formula away from someone who wrote seven in such a short time?’

But neither did Kave…

Unfortunately, Kave was like an arrow that had been shot, he had no choice but to go forward. After sweeping a glance around the Banquet Hall,even though he didn’t get the support he had imagined, he could only brace himself.

“Mafa Merlin, I’m advising you. Stubbornly resisting has no benefits. Your only choice is to immediately explain your crimes. In consideration of Sir Jouyi’s reputation, I won’t haggle with you…”

“Kave, you shut the fuck up!” Jouyi had been provoked several times today and was already holding back his anger. Now he was obviously on the winning side, yet Kave was still talking about considering his reputation. Every Archmage present could naturally guess what Jouyi’s reaction would be…

A vein twitched on his forehead as he grabbed those seven pieces of paper and walked to Kave, “Kave, tell me, which one is the stolen formula of your Ash Tower!”

“Which one?” Kave froze, wondering why nothing was going according to his plan.

‘Hold on, why is there so many pages?’

As Kave’s thoughts reached this point, he suddenly felt cold. An outrageous possibility appeared in his mind…

As he thought about it, his face suddenly paled. If that was really the case, he would be finished. His reputation would never recover…

At this time, Kave already didn’t dare to lay claim to this new magic formula, he only hoped that things weren’t as serious as he thought.

Unfortunately, this bit of hope had been thoroughly crushed by Jouyi.

The seven pieces of paper as light as feathers were like seven heavy slaps. Each time they slapped Kave’s face, everyone seemed to hear a loud slapping sound echo.

The entire banquet Hall was incomparably still. Besides Jouyi’s angry roars, only the desperate and helpless breath of Kave could be heard.

Some Archmages couldn’t help averting their gaze, not having the heart to look. They knew that Kave had already cleanly trashed his reputation.

An esteemed 9th Rank Great Mage had wrongly accused a 5th Rank Great Mage, moreover he even thought of expropriating his knowledge… This couldn’t just be described as shameless, he was a failure of an Archmage…

If this spread, this would be the biggest scandal of the kingdom.

At this time, even Harren, the mastermind behind this, only wanted to say that he really didn’t know Kave. 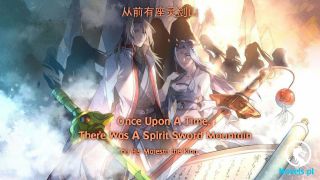