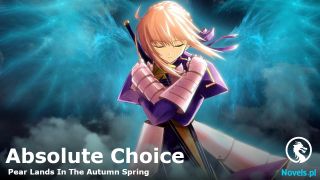 “What is wrong with him?”

“Is he trying to commit suicide?”

The two warlocks who were on the right side of the monster legion titled their heads seeing a man run up to them on a horse.

It was because he was moving in too close to be called a scout, and was only one to even call him an attacker.

However, he couldn’t be called as a messenger sent by the commander of the other troops as he wasn’t holding up a white flag.

Someone would take care of him.

Every warlock delayed in reacting to the man, and Aslan jumped into the forest.

The orcs and goblins swung their spears.

Aslan managed to escape their incoming attacks by driving the horse to dodge the attacks and continued to go further into the legion.

The more he pushed in, the more the number of monsters attacked him, so avoiding the attacks turned impossible.

Eventually, large and small cuts made their way onto his body.

If he stopped there, he would no longer be able to see the smiles of those villagers who treated him so warmly.

Maybe he was ready to go all the way.

At the last moment, he reached the point where he was aiming, and jumped down from the horse.

His left hand was completely tattered with the scratches, he took out the high-grade magic stone from the box and struck the floor.

The two warlocks who had been calling him as a suicide seeker, were shocked when they saw the magic stone being pulled out from the box.

The intricate pattern engraved on the magic stone gave out an eerie feeling.

At first glance, it seemed like a magic stone with an explosion magic circle engraved on it.

And it was evident that it was a high-grade stone because of the enemy waves it was releasing.

The monsters rushed towards Aslan at the cry of the warlock.

Along with a tremendous explosion, the monsters which were around Aslan cried as the flames soared to the sky.

Screams could be heard from the monsters caught in the flames.

But that wasn’t the end of the explosion.

The floor cracked with a sound of tremors and fire began to erupt from places.

In some cases, there was a series of explosions.

The fan-shaped forest and the monsters were engulfed in the flames in an instant.

Lenuk, who was standing at the forefront of the camp, preparing to charge couldn’t understand what just happened.

Why was the forest which was totally fine till a moment back, turned into a sea of fire?!

“Ah, it looks like we have fallen into the trap of those Symphonia men!”

Despite being very careful while chasing after them, it seemed that they were hit back.

It was evident that they dug up a trap in that forest, after knowing that the monster legion would split in the narrow path.

Lenuk, hurried the other warlocks to stop the flames.

However, the time he gave out the orders were already late.

Hundreds of sulfur and magic stones engraved with explosive magic circles on them burst out in an instant, and more flames rose as a result of it, it was impossible for the warlocks to subdue it.

Moreover, with the air currents colliding with the flames, fire tornadoes began to sprout.

The warlocks and the monsters which were in close range of the tornadoes began to get pulled into the flames.

It wasn’t much different for a Chimera.

‘We were wrong! We can’t do it anymore!’

Eventually, Lenuk and his other party members decided to escape from the place without extinguishing the fire.

However, as they went towards the mountain range, flames were spreading and they decided to run over to a lower plain.

“Good thing. I was worried that the explosion wouldn’t happen.”

Marquis Rogers who watched the fan-shaped forest turn into a sea of fire, tapped his chest.

When the first monster legion joined in the forest, he thought that he would see explosions.

However, there didn’t seem to be any sign of explosion until the time passed and the monsters, in turn, were ready to charge.

The moment when his heart was trembling, he tried to communicate with the troops in the mountain in order to know what went wrong, but then suddenly the explosions began.

“But a moment ago, a horse ran in front of that forest. What happened?”

Rogers’ question brought in a shocking answer from the lieutenant who communicated with the engineer unit.

“W-well it was said that the explosion didn’t happen in the beginning.”

“What? Then that scene we saw?”

As Rogers pointed to the flames roaring in the forest, the lieutenant then explained.

“It was said that the commander, Aslan jumped into the forest with high-grade magic stones as the spells for explosion didn’t seem to work.”

The trap got activated thanks to Aslan, who had reached all the way to the main point of the trap, and exploded the high-level magic stones.

“I think that the rewards will be huge from His Majesty after the battle.”

“Of course he should be!”

If it wasn’t for Aslan’s sacrifice, the battle would have been difficult to win.

If the troops had to fight with the monster legion without the explosions, there was a high probability of the monsters breaking through, and if that happened, villages and various forts would have taken huge damage.

‘Aslan, he sure saved so many lives.’

Rogers, looking at the forest in flames, pulled out his sword.

Pointing to the enemies who started to escape out, he cried out loud, enough to excite the men behind him.

“Listen to me soldiers! It is said that the engineer unit commander Aslan sacrificed his life to make that explosion a success! In order to not waste his sacrifice, we shouldn’t let those monsters run away! Remember the name of the hero and slaughter every one of those monsters running away from the forest!”

At the cry of Marquis Rogers, the entire Symphonia troops began to run towards the forest.

On that day, a large army of 100,000 monsters got trapped and annihilated at the entrance of the Pamire mountains and plains.