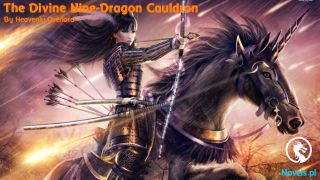 “Those Symphonia men ran away!”

“It looks like they couldn’t stand against our Chimeras!”

The warlocks, who watched the Symphonia Kingdom’s forces retreat, shouted in joy.

It seemed like the stress accumulated by the warlocks because of the Symphonia troops had been eased a little.

“Kuek, I had to use my trump cards, but it would be hard to stop those iron toys without them.”

Lenuk shrugged with an elated face.

A Hero class Gigant had intervened in the middle, causing an unexpected number of damage, but he was under the impression that just one or two Sword Masters wouldn’t be able to stop the entire Chimera unit.

And his judgment was indeed right.

“What is the situation in other places?”

Lenuk asked, curious about the turn of events in the other places.

Fierce battles were taking place in other places besides that one.

As he was stuck in one place, Lenuk looked at the man and found other paths through the mountain range.

Each of them was sent with a dozen Chimeras, so he thought that if the Symphonia troops over there didn’t have any Sword Master, then they would be able to breakthrough.

“Unlike this one here, there doesn’t seem to be a Sword Master. Thanks to that, they were able to kill more Symphonia men than here.”

“Really? If so, then I think that we can just go to Verange Castle at our current pace.”

With a smile of getting the task completed, Lenuk gave out orders to the other warlocks with the magical communication device.

“We are late! Each legion needs to march in haste and take over Verange Castle!”

Verange was the first castle that would come across one’s path when going down Pamire Mountains.

It was the largest and the most populated region of the northwest.

As Lenuk struggled to cross the mountain, he thought that if he took over the castle, then his monsters would have bloody dinner.

The monsters, who passed through the street, began to run toward Verange Castle at once.

The warlocks, who barely passed through the narrow path, feared whether enemies had created any hidden traps or would ambush them.

Fortunately, there didn’t seem to be any such thing, but they were attacked by the Symphonia troops, who suddenly appeared from the rear.

“Kill them all! You shouldn’t let them go to Verange Castle!”

At the same time, the cavalry invaded, and the archers came, riding on large goats instead of horses and attacked the monster legion.

It wasn’t long before the battle started, but the damage was considerable as the monster legion was advancing without keeping a watch behind.

“The size of the enemy troops was considerable. It seemed like they had quite a few thousand on their side.”

The warlocks, who were hiding between the dead monster legion, managed to save their lives and were in extreme distress.

According to him, the units that had just appeared outnumbered them and attacked from behind.

“Thousands… Is there any place where the enemy is hiding?”

At Lenuk’s words, the warlocks went ahead.

“Fly with Fly magic and check from the sky, and there are three or four basins in the mountain ranges from where the army could be stationed.”

“The enemy might have deliberately withdrawn from this narrow path. Maybe they are trying to trap us in the middle and attack us from the back.”

At the subordinate’s words, Lenuk looked at the map in front of his eyes.

There was a fan-shaped forest at the end of the mountain range.

It was a point where the three road path crossing the Pamire Mountains would join, and after passing through the plains, they would reach Verange castle.

“If we get seized back and forth before getting passed the woods, we will end up taking a lot of damage.”

“So what are we supposed to do?”

“We must split up some troops while we search for and annihilate the enemy behind us. Elder Lenuk should continue on his advance to Verange Castle, leading Chimera as the main unit.”

“But we will divide into three, do you still want us to divide?”

“Won’t the troops end up joining back after crossing the forest? Our troops won’t decrease any further. Most of all, if you wait here, Arsene will not be happy with us.”

Once the name of Arsene came out, Lenuk began to sweat.

Even they didn’t have a hand in it, the march was running behind on their given time.

“Fine, let’s do that. Instead, if you destroy the enemy, join into the main unit right away.”

“Don’t worry about that.”

Eventually, Lenuk accepted the plan created by his subordinate.

Thus, 20,000 monsters were divided and headed to the basins where the Symphonia Kingdom would be hiding.

The Symphonia’s scouts were watching all of this unfold, but the warlocks, who were dead set on making up for the delayed time, couldn’t even bother to look for them.

As the Symphonia troops expected, the monster legion divided and head toward the basin. Aslan, who was leading the engineer troops into the fan-shaped forest, installed traps and climbed onto a nearby hill and looked to the west.

At that time, a scout on a horse ran in a hurry.

“The troops who withdrew are coming back!”

Shortly thereafter, as the scouts said, allied troops from three directions came toward the range and dust rose.

Knights on horses and infantry troops arrived ahead, followed by the artillery soldiers and old Gigants came next.

The last unit was the Gigants used by Rogers.

The Gigants didn’t seem to be in a good shape because they had to stay back till the end and block those ugly monsters.

There were Gigants shields and armors that got shredded off.

Although he knew how the war would go, he couldn’t imagine how horrible the battle was for their own Gigant troops to be like it.

‘It is a good thing though. Even though we are tired, the damage isn’t as great as I thought.’

There was no way that there wouldn’t be any sacrifices to stopping the monsters.

However, the damage was less than expected, Aslan sighed in relief.

After joining in the forest, the Symphonia troops escaped to the plains of Burya and make their camp.

After taking a break from maintaining my line, they had to go in attack the monsters once they fell into the trap.

“The enemy is coming!”

Shortly after the allies arrived, the monster legion appeared.

Those monsters, who were chasing behind the Symphonia troops, stopped for a moment when they saw camps being built.

It seemed like the monster legion was waiting for the monsters of the other divided units to come in.

Maybe their plan to charge at once and push ahead to Verange Castle.

“Phew! I have heard that the legion was divided into different units are being killed, but there are still quite a lot to be taken down.”

When the war mage next to him said it, Aslan shrugged his shoulders.

“If our monster who was dispatched in the other places join those ones, they will be more than us.”

When he said that, dust rose in from all the directions toward their spot, and another group of monsters appeared.

It would have been the other unit that attacked a second spot.

Once they all gathered, Aslan looked at the war mage and said, “Now! Start it now!”

At Aslan’s request, the war mage began to chant a spell.

Over the past few days, Aslan and the other engineers buried hundreds of sulfur mixture, gunpowder, and numerous magic circles on the fan-shaped forest.

After digging the ground deep enough to make sure that the monsters didn’t smell anything suspicious, they buried the explosives and then placed scented grass on the ground.

It was a kind of detonator.

When the War Mage was done chanting the spell, he shouted.

However, instead of an explosion, nothing happened.

The War Mage became flustered and chanted the spell again.

The magic circle didn’t explode. He tried once more, then again and again.

At the words of the War Mage, Aslan panicked.

The entire heart of the Storm break operation was the chemical explosion.

But the explosions didn’t react from the very beginning.

“Damn it, why isn’t anything happening? The magic circle was placed correctly. Is there any problem with the magic stones? Or is…”

The flustered War Mage was mumbling to himself.

On the other hand, the monster legion, which had managed to meet up with the others, was preparing to charge toward the plains.

‘If things go this way, the allies on the plains would take in a lot of damage. Not just that, even the people who are taking shelter in the Verange castle are also in danger!’

Even if the monsters pass through the forest, the Symphonia troops would eventually be able to take down the monster legion.

However, the damage to the army and people would increase.

Aslan got up from his position after recalling the faces of the villagers, who helped him in the past few years, and those who were currently taking shelter in the Verange castle.

Immediately getting on a horse, he shouted to the men that set up the trap and were managing the supplies.

Aslan took over the box from the soldier’s hands as if he snatched it, and he began to sprint into the forest.

The box that Aslan was currently holding onto contained high-grade magic stones with an explosive magic circle engraved on them.