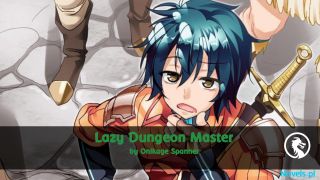 The coronation was as grand as can be. All the gates were open for incoming guests.

Putting aside those wanting to fish in troubled water, some still came with sincerity. Though the dao lord was dead, a lean camel was still bigger than a horse. It still had Northern Monarch, Venerable Dragon God, and other powerful cultivators. The legion known as Soaring Stallions was back as well.

Many lineages sent disciples here to congratulate Eight-stallion even if it weren’t the high-ranking ancestors or top cultivators.

Today, clouds suddenly billowed above. The phenomenon made the guards enter a state of alert.

Once they dispersed, a shadow as large as a city appeared. This turned out to be a great warship that was as long and wide as a mountain range.

The outer layer was reinforced with ancient black metals, looking like the impenetrable scales of a dragon. Other blessings were embedded such as runes and dao laws.

They brimmed with the aura of emperors, allowing this warship to become an unbeatable fortress.

“It’s Ceaseless, so Demoness has arrived.” The disciples heaved a sigh of relief after seeing the ship anchoring in the sky.

“A guest minister of the dynasty.” Everyone knew who it was.

Ceaseless was a famous ship that has been traveling across three continents. This was virtually a traveling sect.

Rumor has it that several emperors and monarchs worked together to create it. The most impressive thing about the ship was its stealth ability in spite of its size. Recently, it has been staying at only Chaos. No one knew the reason why.

Its current master was also famous with the title of Demoness, the ninth-ranking member of the Ten Monsters. She was a dragon lord with one sacred fruit.

True to her moniker, she was a merciless person who enjoyed the sight of blood. Moreover, she never knew when to stop, always killing down to the root.

She eventually lost a bet to Eight-stallion Dao Lord and had to contribute to the dynasty, the same for the warship.

No one knew how many disciples were up there due to their nomadic nature. Nonetheless, the fact that it was still around after many eras was an indication of its strength. Today, they were back to celebrate the coronation of the new king.

Eight-stallion’s top dogs were all present, meaning that the hyenas wanting to take advantage of the situation must be patient and law-abiding.

The horns started blaring to signal the start of the coronation. The coyote was decorated with lanterns and colored banners.

Disciples stuck to their assigned posts and knew their duties thoroughly, ready to face the enemies.

A group of top experts appeared before the crowd. Today, the coronation was taking place on top of Eight-stallion Peak where the palace used to be. Now, it was replaced by the monument.

Monochromatic Master as the Civic Deputy led a group of experts onto the stage. Next was Demoness and her men.

She wore a black dress made of thin silk. One could faintly see her fair skin beneath. Her hidden cleavage in particular made men want to look twice.

Her veil had a special spell placed on it, preventing others from seeing her true appearance. Nonetheless, everyone assumed that she was a supreme beauty who could make hearts beat wildly.

Thus, the moment she appeared, some villains couldn’t help whistling and shouting, wanting to provoke her.

She merely glared at them. The coldness in her eyes made them shudder and stop, having remembered her notorious reputation.

“Northern Monarch has arrived!” An official announced while the horns blasted.

Northern Monarch appeared before the crowd, wearing a royal regalia with a golden cloak. She resembled a phoenix among men, intimidating members from prestigious sects and villains as well. They wisely bowed in her direction to show respect.

She was the dao lord’s capable assistant on top of being a great genius. Although younger than Monochromatic Master and Demoness, her fame exceeded theirs.

In recent years, her conquest made many kingdoms and sects join Eight-stallion Dynasty.

Morale immediately soared with her presence. Everyone knew that she was loyal to the dao lord and his dynasty.

Guests immediately quieted down; even their breathing became subdued.

He wore his battle armor today, looking unstoppable. Others didn’t dare to look straight at him. He also had his shiny three-fork blade at the ready. This was his famous weapon - Draco.

It was a spear with the blade side as long as a saber with three forks, looking like the tongue of a dragon. It had accompanied victoriously him to numerous battlefields.