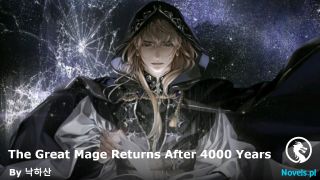 “Buzz.” After a long wait, Firerage finally saw Li Qiye coming out of the portal while holding a brazier.

“Your Highness.” He heaved a sigh of relief.

“What is it?” He took a careful look at the brazier and didn’t notice anything special outside of something immensely destructive inside.

He has never heard of this before. Nonetheless, he started wondering: “It’s all primal, does it have anything to do with Primal?”

Primal was one of the twelve lineages in the lower continents. It was once prosperous and had everything under its control.

This was especially true during the generation of Eternal Conqueror. In fact, it was influential even in the upper continents.

As time passed, large sects such as Illumination, Heavenpeak, Ascension, and many others started to decline. Primal’s situation deteriorated drastically.

Currently, Firerage wouldn’t say that Eight-stallion Dynasty had anything to do with Primal. Nonetheless, it obtained its legacies so was he wrong about the connection?

As he was occupied with contemplation, Li Qiye placed the brazier on the hands of the middle statue. So it turned out that it was holding the brazier, not trying to uplift the heaven or anything like that.

“Poof!” Firerage suddenly felt as if the fire has been ignited, causing the monument to become the center of the region - a torch that could illuminate all six continents.

Eras could change and light and darkness could exchange supremacy but one thing would remain - the light of this formation.

As long as the fire was still around, absolute darkness would never encroach on the land.

“This fire will last forever.” Firerage murmured while staring at the monument.

“Correct.” Li Qiye smiled: “The creator was rather ambitious, wanting to illuminate the world forever. He used his supreme bloodline to create this fire and monument, hoping to protect all living beings.”

“Such a noble aspiration.” Firerage said with admiration. Their king had tried something similar on a lower scale but couldn’t accomplish this goal. In reality, no dao lords and conquerors have been able to do so.

“He has the ability to do so.” Li Qiye said: “As long as the monument is around and fueled by this fire, it will be eternal.”

His eyes became profound as he spoke softly: “Alas, it is inevitable that some forget their original aspiration. Turning back only to see unfamiliar faces, looking at one’s reflection and no longer recognizing it. Maintaining one’s dao heart is essential in order to prevent this.”

Firerage felt something ringing in his head after listening to Li Qiye, taking the lesson rather seriously.

“The throne shall be there.” Li Qiye pointed at the center of the monument where the brazier was held: “Be quick with the coronation, I have done what is necessary.”

“Yes, Your Highness.” Firerage said without any hesitation.

The news of the coronation ceremony traveled across Chaos. Most importantly, everyone was invited.

It caused quite a stir and made many think about a potential plan. The unsavory crowd had heard that the new king was an ordinary brat. The only reason why he was chosen was due to the imperial seal.

Big shots from Primal and Hundred Races worried about this issue since the decline of Eight-stallion would be a terrible development.

Eight-stallion Dao Lord did a good job suppressing the villains. Now, his successor wouldn’t be able to do the same. Just internal strife alone would ruin the dynasty. The villains would become rampant as before.

“What makes this guy think he can become the new king?” Discussions occurred all over the continent.

Most assumed that Venerable Dragon God would be the successor. Now, it seemed that the dynasty’s fall was inevitable.

“Maybe an illegitimate child?” An expert speculated. This was reasonable since the dao lord was known to be a playboy with ties to numerous beauties.

“We’ll find out, let’s go to the coronation.” Villains became excited and wanted to see if they could somehow take advantage of the situation. After all, it could get out of control fast.

Members of Eight-stallion understood the perilous situation. However, they obeyed the summon and returned to their position.

It didn’t take long before guests arrived in Eight-stallion, the majority of whom were known evil cultivators. Some were defeated by the dao lord in the past.

Their intention was no secret to the soldiers. Nonetheless, they remained cordial while strict, not allowing any trouble to occur.

This caused them to be annoyed with Li Qiye. His lack of ability was one thing but now, this coronation was too grand. This was akin to inviting wolves to their home.

Alas, he had the support of Northern Monarch and Venerable Dragon God. They were strict and didn’t allow anyone to utter a single word of grievance. Everyone must carry out their assigned duties. Their leadership was definitely effective.