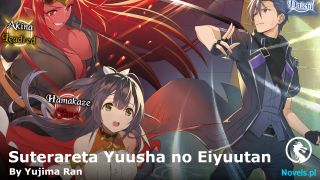 “Li Qiye.” Tian Feng’s attention turned toward Li Qiye. All of his battle intent surged there, seemingly wanting to drown him.

The heightened intensity terrible the crowd. Just this battle intent alone could sweep the enemies away. In fact, it could even grind them down to pieces.

Alas, it did nothing to Li Qiye as if it was just a mere breeze.

Some watched with bated breath. A few started sweating for Li Qiye. Though he had offended True Immortal Young Emperor and Speargrasp, they were still reasonable people. Even if there was an irreconcilable feud, a buffering zone still existed before the fight. The same couldn’t be said for Tian Feng who spoke with his fist first.

The perfect example was Voidburn Saintess. He didn’t give her a chance to defend herself before killing her. This was his fiancee, now imagine his enemies.

Li Qiye gently patted his robe as if he was getting rid of some dirt, not caring about the battle intent.

“You want to join the stage for the marriage?” Li Qiye asked with a smile.

The crowd exchanged glances and thought that this was a possibility. Tian Feng certainly wanted the item from Golden Gate. Moreover, he was qualified to marry Ye Tingrong as well.

If this was the case, wouldn’t Voidburn Saintess be in his way? Killing her meant getting rid of a potential problem. If this was his goal, then he was certainly merciless and frightening.

“The battle stage?” Tian Feng’s eyes narrowed intimidatingly before snorting: “What a ridiculous sham. We’re all here to seize the treasure, no need for this marriage. I am here to fight!”

The crowd took a deep breath after hearing this.

“That’s Tian Feng for you.” One person clicked his tongue and said.

What he said was rather obvious. Everyone knew that the marriage engagement was just a farce. They all wanted the item obtained from Worldbreaker Fist. However, behemoths such as True Immortal and Three Thousand Dao couldn’t rob Golden Gate in a blatant manner. Therefore, the marriage engagement became the method to obtain the peerless treasure.

Only Tian Feng would break the veil of pretension and speak the truth.

“Senior Mad Fist, where is the fist emperor, I wish to fight him.” Tian Feng ignored Li Qiye and challenged the emperor instead.

The atmosphere immediately changed and the focus shifted from the battle stage to something new entirely.

“I’m afraid the ancestor is not home right now, Virtuous Nephew. If you wish to fight, I will let him know once he is back.” Mad Fist shook his head.

Tian Feng didn’t fall for this delaying tactic and activated his power. Battle intent erupted like a tornado and cut nearby spectators’ face. Debris and trees flew everywhere.

His battle intent was a sign of his actual power. Even True Immortal Young Emperor sat upright to sense Tian Feng’s power. Speargrasp’s eyes had spear-like rays flying from them as he stood there like an immovable mountain. Both could withstand the torrential eruption of power.

“Damn!” Some of the crowd suffered actual injuries with blood spilled.

“A monk can run but not the temple.” Tian Feng looked like an overbearing god of war as he declared: “The battle shall commence now until Golden Fist Emperor comes out.”

He stated his intention of attacking and destroying Golden Gate. The suffocating aura made it hard for others to breathe. The whole competition became forgotten.

“This madman causes trouble whenever he goes.” One expert said.

“Maybe this is a good thing.” A last-gen cultivator said: “This will cause enough chaos for us to take advantage of the situation.”

A golden shield appeared before the gate first and then came towering walls. Golden Gate was clearly prepared for the worst. The entire sect became shrouded in a majestic power. It has fully activated its foundation and resources.

“Impressive.” Many sensed its defensive potential.

“After all, it’s a great power.” One ancestor didn’t find this surprising: “Golden Fist Emperor is comparable to the six heavenly monarchs. He spent ample effort creating Golden Gate.”

“Not bad at all.” Tian Feng’s eyes lit up with eagerness: “I have heard of the Golden Fist Dao long ago, it is time to broaden my horizon.”

His aura intensified once more, turning him into a belligerent fanatic.